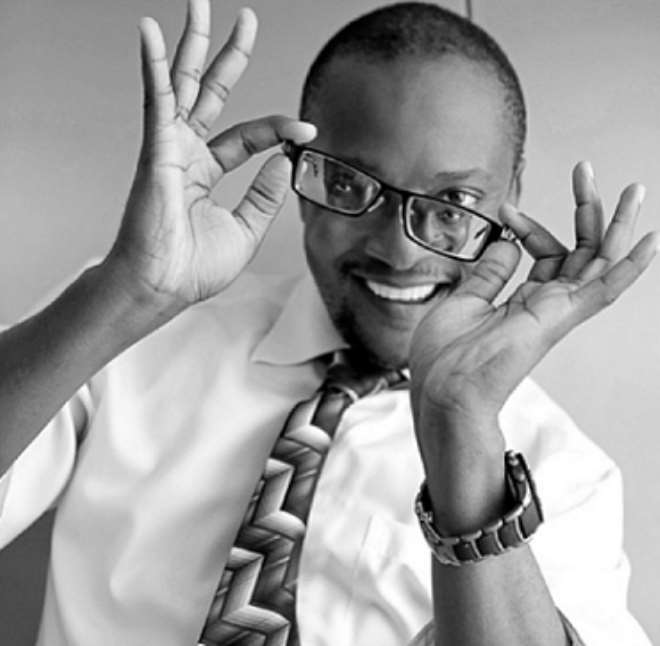 Following the demise of Nollywood's Amazon, Amaka Igwe, various movie practitioners have expressed their deep sadness, pointing out that she left a vacuum that will not be filled in a hurry. However, film director/producer, Charles Novia has disclosed that Amaka Igwe is not dead afterall, and that tears shed for her are futile because she lives

Read his full story below:

"The brilliant lady who could unarguably be credited as the progenitor of Nollywood as we know it today still lives. Immortalised in our hearts. If there was no 'Checkmate', that superb soap opera which had a chart-topping five year run on national television, there would have been no Nollywood. For the tested and trusted actors from 'Checkmate' were mostly cast in the trend-setting 'Living in Bondage'. Amaka had groomed a new generation of Nigerian actors through 'Checkmate', she had prepared our minds for something explosive with her creation.

"There is yet to emerge a soap opera since then which has all the thrills and frills and popular appeal like 'Checkmate'. Forget all these tin imitations. Amaka's soap was solid steel. Unbreakable. Unbeatable. And you say she is dead? But Amaka lives!

"She created characters which blew our minds. Anne Harthrope, Segun Kadiri, Chief Fuji, Peaceful Peace, Alika, Akpan, Barry Hughes, Nduka, Bennie etc. She held the nation spell-bound for five years every Thursday 8pm on the network service and gave people gossip points for the next week before the next episode. 'Checkmate' was her creation.'Checkmate' was her success. She brilliantly wrote all the epsodes, over 500 of them and produced carefully.

"She was far ahead of her time. The most intriguing thing about her concerning 'Checkmate' was that she knew when to pull the plugs. She broke our hearts by resolving the plots and finishing the soap opera on one Thursday evening in 1995. The country was shocked and mourned. But Amaka was done with the soap. She had checkmated our expectations to see the soap opera run forever. She just knew when to stop. And that last episode of 'Checkmate'? The best ending I have ever seen in Nigeria for any serial and come to think of it anywhere in the world. It was so brilliant. Amaka ended the plots and sub-plots and showed us all why the serial was titled 'Checkmate'.

"Anne Harthrope ( played by Ego Boyo who was replaced by someone else for a few months while she was on 'maternity leave') married Segun Kadiri ( played by RMD who gave the character a brilliant interpretation with a raspy voice and finger-on-the-cheek affectation) and just as we all sighed that at last the two enemies had fallen in love and tied the knots, Amaka gave us a twist. Anne cleverly 'divorced' Segun Kadiri, warning him that she only married him to give her baby a father but that she would never sell or hand over her company to him!

"The last scene ended with a stupefied Kadiri laughing in shock, knowing he had been 'checkmated'. So classic. And that was not all. She brilliantly had the cast talk to the viewers before the end credits in scripted lines about how the soap opera made its run. That episode was so good and popular that NTA Network had a re-run of it the next week.

"On the set of 'Violated' in 1996 ( her post-'Checkmate' opus in which I was cast as Jide, the banker) she told me how agonising it was to write that final episode. 'I was pregnant then and I would write and discard. I can't count how many scripts of that final episode I wrote and tore. The denouement just was not clicking. Then, finally I got the muse. And I just kept scribbling on my bed. When I finished I was so happy and screamed out to Charles (her husband) 'Honey, I got it!' and we both screamed and hugged ourselves!' That piece of information stuck on my mind.

"But Amaka is not dead. With enduring works such as 'Violated' (which re-defined and triggered the romantic drama genre in Nollywood) 'Rattlesnake', 'To live again', 'Forever' and 'Fuji House of Commotion' , how could she be dead? This lady who has been the subject of various dissertations and academic theses changed our creative landscape.

"Her contributions to the creative industry cannot be quantified. She was an advocate for professionalism. She was a stickler for excellence. A cerebral contributor to Nollywood's trudge of progress. She wanted what was best for the industry. She was behind the founding of the Movie Practitioners Council of Nigeria bill (MOPICON) which has been gathering dust at the National Assembly for years. That bill is supposed to be to Nollywood what NBA is to the Lawyers and NMA to the Doctors. Amaka wanted this bill passed. Could our fractured Nollywood please unite to ensure that this is done if only to honour and immortalise her?

"Thank God she got a National Honour from President Jonathan a couple of years back. An MFR. A well-deserved national honour for an Amazon of Nollywood. She believed in young talents and had an open door policy for any talent who came to her office. She had an academy too, where young and ambitious filmmakers were trained.

"What about her film and television bi-ennial festival in Abuja; Best of the Best (BOB) TV? Or her radio station, Top FM? Or her painstaking contributions to the committee set up to give guidelines for the 3 billion naira grant given to Nollywood by the President? She fought tirelessly for the industry to maximally benefit from the grant.

"And with all these achievements, you say Amaka Igwe is dead? No, she lives. Her footprints on the sands of achievement on the beaches of our creative economy are there for all to see. Too large to fill."