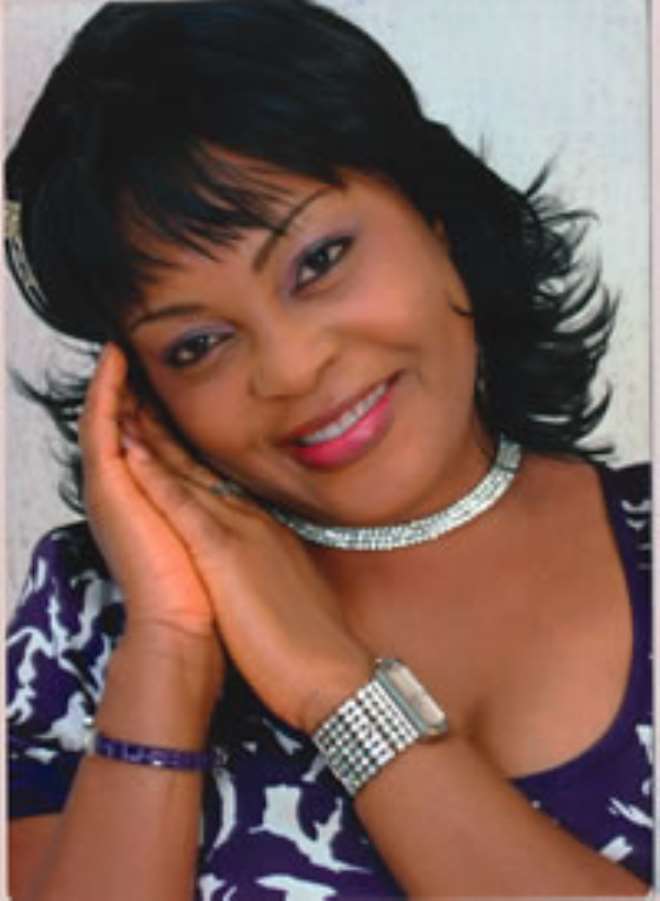 Actress Sola Kosoko is one of the darlings of Yoruba movie buffs. Since she came into the movie industry in 2002, this beautiful daughter of popular crossover actor, Jide Kosoko, has proved her mettle as a versatile actress in a number of movies. In this recent interview with BABATUNDE SULAIMAN, she talks about her love for acting, family, love life and other interesting issues

Your father is a renowned actor. Could this have influenced your choice of career?

Thank you very much. Being raised by an actor father really exposed me to some of the happenings in the movie industry. This is because while I was growing up, I met a lot of actors. So, I will say I had an early exposure to acting.

Okay, could you tell me a little about your background?

I was born and bred in Lagos. I had my primary and secondary schools in Lagos. I hail from Isale Eko in Lagos State. I am a descendant of the late King Kosoko. I did a course in Computer Studies and I later obtained a diploma in Industrial and Labour Relations from the Olabisi Onabanjo University, Ago-Iwoye, Ogun State. Thereafter, I put in for a degree in Sociology in the same university and I graduated in 2009.

You are from a polygamous home; so, how has your background impacted on your lifestyle?

My dad is from a royal family, so his being polygamous is allowed. But I really don't know his reasons for marrying more than one wife. And, of course, I cannot speak on his behalf. Nevertheless, I would say it has been well so far. We haven't had any bad experience because we live like one big family. We hear a lot of things happening in some polygamous homes, but it is unlike my own family. Of course, there will be quarrels at one time or the other, but it is unlike what you hear in some other polygamous homes.

What do you miss most about your mother?

I miss everything that one would miss in a mother. I lost my mother when I was 13 years old. So, I can't really pick one particular thing. But I miss her very much.

How old were you when she died?

That was some years ago. You want to know my age (general laughter).

What is your position in the family?

I am the third child from my mum because I have two elder ones, a male and a female. I am also the third from my father and I have younger ones too.

What is the relationship between you and your stepmother?

We have good rapport and she is good.

How long have you been a professional actor?

I have been acting professionally for nine years. The first person that called me for a job was Mrs. Idowu Phillip, alias Mama Rainbow, when she produced Alamu seniyan in 2002; the same year, Uncle Taiwo Hassan, alias Ogogo, called me for Tolulope, in 2003, Oga Bello called me for Abesekele and Muyiwa Ademola also featured me in Ori. Actually, it was my father that forced to me play the role in 2002.

So, you never wanted to be an actor?

Though I love acting, I was thinking of coming into the industry after my university education.

But one would have expected your dad to be the one to feature you first in any acting role.

Of course, he did. I first appeared on the stage when he did Olorire in 2002; and it was after my appearance in Olorire that other people started calling me.

The belief in some quarters is that you rode on the crest of your father to fame. How will you react to this?

Yes, it is true that it is because my father is in the industry that I got to this height in a very short time. But beyond this, I am also good at what I am doing. If I was not good at it, I wouldn't be where I am today.

If you were not an actress, what would you have been?

I would have loved to be a lawyer or a broadcaster. In fact, I made some efforts towards that. You will recall I told you I did a diploma in Industrial and Labour Relations before I entered for my degree course in the university. I was supposed to use that course to cross either to Law or Mass Communication. But I was later told that Industrial and Labour Relations was not an art course, so it was not easy for me to cross to either of the courses.

How many movies have you produced so far?

I have just produced my first movie. It is a must-watch for every home.

Who sponsored the movie?

It was sponsored by my father, my fiancé and me.

Does it bother you when you read negative reports about your father?

You see, when you read some bad reports, you will know very well that they can never be true. But, you see, I don't just want to talk about such reports now.

Okay, it was reported sometime ago that you broke down in tears when you learnt that Muyiwa Ademola was getting married.
(Raises her voices) It was rubbish! It was a lie! I have not seen anything of such.

Did you read it and are you sure?

And are you saying it was not true?

Are you saying you never dated him?

How close are you then?

We are very close.

But do you know there is no smoke without fire?

Maybe he does not have the kind of qualities you want in a man?

I have not said so. He is handsome and good-looking.

So, why can't you date him?

why would I date him?

But dating him doesn't mean you will get married to him?

Personally, if I am dating a man, it has to be for something, probably marriage. Why will I be dating a man for dating sake? What do I stand to
benefit?

Okay, why can't you date an actor?

It has never been my wish. I am an actor, so I can't get married to an actor because we won't enjoy our marriage. When people know both husband and wife, they will always say all sorts of things. I have heard enough of untrue stories about other people.

But your dad is married to an actress, and I don't think he has any regrets.

One man's meat is another man's poison! There are some things I may want to copy from him, but definitely not something of such.

But I am sure there must be a cogent reason why you will not like to get married to an actor.

Maybe if I had met an actor that I truly love, I would have married him. But somehow, I met my man when I was just starting to be a professional actor. So, I don't have any reason to be looking for an actor to date.

So, you have never dated any actor.

Never! And I am not being boastful.

(Cuts in) I don't agree because it is 100 per cent lie! What I am saying here is the absolute truth.

But is it possible for an actor not to love women?

It is very, very possible.

How long have you been going out with your fiancé?

When and how did you meet?

Let's leave this to my wedding day.

Very soon, but I am not going to talk about him. Wait until it is time; he is not yet my husband.

Is he a Christian or a Muslim?

I say I don't want to talk about him, yet you are using tricks to get the information about him.

Are you a Christian or Muslim?

I am a Christian.

I thought your father is a Muslim because one of his names is Rafiu.

You come across as a simple person and I wonder if your partner has not been taking advantage of you because of this?

If he is truly your man, he will never take advantage of you.

But if you find him cheating on you, what will you do?

If I find him cheating on me, what will I do? Well, I will handle it with maturity. And if it is true that he is cheating on me, I'll not leave my man for anybody anyway.

Even if you have all the facts to nail him.

Is it not a men's game? He has never done it to me.

I might not know, but I know he has never done it to me.

How are you so sure?

Forget that! Maybe I will tell you off record. But if I find out that he is cheating on me and I am very, very sure, I will remain in the
relationship. Where am I going to? As I said, I can't leave my man for any woman. Normally, African culture permits men to marry more than one wife and that is why my dad got married to two wives. My dad married another wife after my mum, so why didn't she leave my dad?