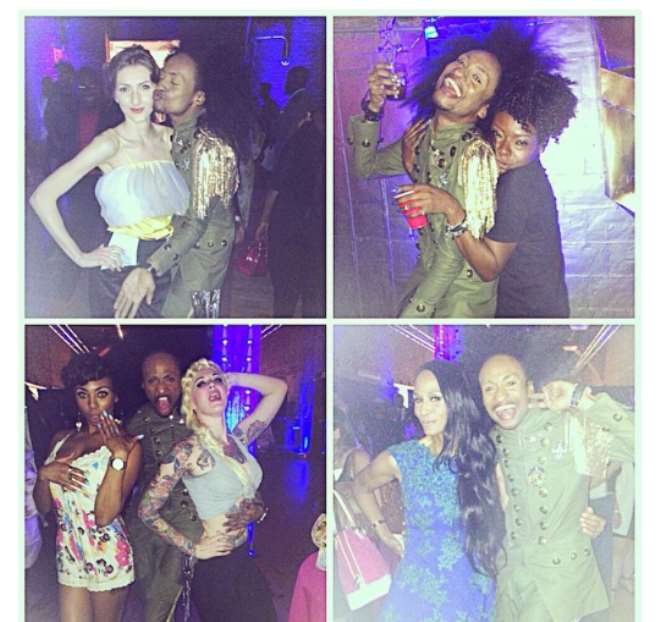 Television personality, Denrele Edun, who is presently in New York, USA, is having a memorable experience over there. He attended the prestigious New York Fashion Week, where he met America's super model, Beverly Johnson.

The formerSoundcity presenter disclosed that meeting the top model was an exciting moment for him as well as the comment passed on him by the star.

Denrele disclosed that Beverly walked up to him and told him he was the most fabulous person that ever lived.

In his words “Beverly Johnson walked up to me during the New York fashion week and told me I was the most fabulous person that ever live and wait…there is more; she wants me to feature in her Reality show!!!ehen Hollywood, you ready for my unrivalled madness so?”

Derenle also took pictures with her.

Beverly is the first black super model to ever strut her face on Vogue magazine.