SERIEL WOMANIZER, SANUSI LAMIDO RAMS THROUGH ANYTHING IN SKIRTS…Read Full Details Of His S3xcapades And Extra Marital Affairs 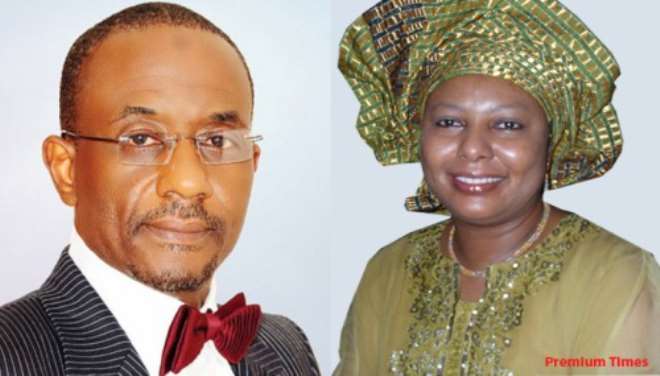 Lamido-_Sanusi_Mistress_Maryam_Yaro-500x285Twenty minutes to midnight on February 25, 2013, and a day before the board of the Central Bank of Nigeria was due to meet, Governor Sanusi Lamido Sanusi developed a craving for romance—he badly needed a kiss.

The governor, married with children, grabbed his mobile phone and typed out a message. “Maybe you should come kiss me before board meeting tomorrow,” Mr. Sanusi wrote and then pressed the send button.

At about 9 a.m. the next day, Mrs. Maryam Yaro, a married mother of two, an assistant director and subordinate to the governor at the CBN, arrived at Sanusi's unnamed Abuja hotel, seeking to keep the date and help address his boss' craving for a kiss. (Insiders say board members, including those who live in Abuja, are usually lodged in hotels ahead of board meetings).

But by the time Mrs. Yaro left the hotel to return to her official desk at the CBN, the duo had also struck out an arrangement to spend the rest of the week together in Lagos.

So, in the evening of Wednesday February 27, Mrs. Yaro flew to Lagos ahead of Mr. Sanusi and checked into a hotel in the city, skipping work, at taxpayers' expenses, on Thursday February 28 and Friday, March 1.

To keep faith with Mrs. Yaro's date, the CBN governor arrived Lagos, travelling on a chartered flight, on the night of February 28, and checked into the Federal Palace Hotel, passage and boarding all at taxpayers expenses.

Both Mr. Sanusi and Mrs. Yaro rendezvoused in the hotel till Sunday when both of them returned to Abuja.

“…I had such a wonderful weekend,” Mrs. Yaro confessed to the governor while aboard her Abuja-bound flight. “You have revived in me what I thought I lost long ago. I thought I lost the passion to love again,” she claimed.

“Alhamdulillahi. Love you,” Mr. Sanusi responded in a measured tone.

Insiders say repeated violation of the statutory code of conduct for public office holders such as hiring his girlfriends and mistresses without complying with public service rules, dating married and unmarried women within the bank, and flirting with them during official work hours have become defining characters of Mr. Sanusi's governorship of the central bank.

An official of the bank spoke of how Mr. Sanusi had enthroned nepotism at the bank, arbitrarily hiring girlfriends and relatives and engaging in extramarital relationships with staff.

“This man (the CBN governor) is the most morally bankrupt governor the CBN has ever had,” the official, who did not want to be named for fear of retribution, said. “Forget all the pretences; he is a shameless man of loose character.”

Investigations further revealed that Mr. Lamido hired his latest mistress, Mrs. Yaro, without complying with the CBN recruitment policy that stressed, “all appointments shall be made on the basis of merit, through a fair and open selection process.”

“The principles underlying the recruitment process are those of fairness, credibility, equal employment opportunities, merit and optimization of career prospects for currently employed staff,” the bank said on its website.

But Mrs. Yaro, insiders say, was hired in July 2012 without adherence to these principles. Those who should know say Mrs. Yaro, who was a staff at the National Programme on Food Security, an agency under the Federal Ministry of Agriculture, was brought into the bank as assistant director without “advert for the vacancy and after a kangaroo interview.”

When contacted, Mr. Sanusi said due process was followed in hiring Mrs. Yaro.

He said having worked for years in the ministry of agric, Mrs, Yaro came highly recommended and qualified for the job for which she was hired.

The CBN governor continued, “I have known Dr Yaro since 1981. She was my student in Yola and she later came to ABU Zaria. We have been very good friends but this is not why NIRSAL took her. You may wish to check her CV against all the other CVs in NIRSAL. And she did go through an interview process with the NIRSAL CEO making the decision not CBN HR.

“As for the personal allegations, this is all strange to me but I have a personal policy of not responding to such allegations since in Nigeria anything can be published on any public officer without proof. I have limited myself to what concerns official allegations and leave you to your God and your conscience on whatever else you want to publish. Thank you for telling me though.”

“Be careful what you are saying,” she told the reporter on the telephone. “I have nothing to comment to you on anything.”

When asked if she would be willing to respond to specific questions about her trips to Lagos to keep dates with Mr. Sanusi, she simply said, “Whatever it is, I don't know. Will you just let me be?”

But our investigations revealed that the governor's claim was far from accurate. Through several interviews and review of records, we were able to find out that Mrs. Yaro and Mr. Sanusi had dated each other for at least six months before she was hired.

Insiders say Mr. Sanusi repeatedly pestered the human resource department of the bank ordering it to bring Mrs. Yaro's application to him for approval. And once the file reached his table, the governor wasted no time in treating it.

On June 25, 2012, Mr. Sanusi, who was travelling in South Africa at the time, telephoned Mrs. Yaro to break the news to her that he had approved her recruitment in what critics consider a clear conflict of interest and a violation of a provision of Nigeria's Code of Conduct which stipulates that “a public officer shall not put himself in a position where his interest conflicts with his duties and responsibilities.”

Mrs. Yaro, (whose businessman husband, Ahmed, is largely based in Kaduna but visits Abuja regularly) assumed duties at the CBN in the first week of September 2012 and was deployed to the Development Finance Department.

Sources said Mrs. Yaro married Ahmed (or Shuaib, according to another source) six years ago after her first husband, Waisu Yaro Bodinga (then an executive director at the Nigeria Ports Authority) died in the ill-fated ADC plane crash of 2006.

The romance between Mrs. Yaro and Mr. Sanusi became even hotter after she began work at the bank, with the two lovers regularly exchanging telephone calls and text messages during work hours to profess love for each other.

At times, Mrs. Yaro would remain in her office far beyond close of work to enable her to keep appointments with the CBN governor, records has show.

Sometimes, Mrs. Yaro would raise concerns about Mr. Sanusi's other girlfriends and mistresses (such as Sutura and Rose) and how they were blocking her from getting the governor's full attention, but the relationship continued nonetheless.

Mrs. Yaro also began to have access to confidential information known only to top management and board of the bank, insiders also alleged.

At a point, a source said, she began to strategize to corner contracts for one Goke Akinboro, the Chief Executive Officer of Lagos-based Cellullant Limited, an information technology company. Mr. Akinboro is also described as “very close” to Mrs Yaro.

On March 15, 2013, the CBN lovers headed to Lagos again for another weekend of fun. The initial plan was for the duo to fly to the nation's commercial capital on Saturday, March 16, returning to Abuja on Sunday. But the trip had to be brought forward by a day after the lovers realized that the Area Council election in Abuja was holding that Saturday and that movement might be restricted.

Mrs. Yaro arrived Lagos on the night of March 15, and immediately checked into the Radisson Blu Anchorage Hotel on Victoria Island. Mr. Sanusi flew from Kano to Lagos via chartered jet on the bills of the Nigerian taxpayers. He arrived at about 11 p.m., stopped by his Ikoyi home, before dashing to the hotel where Mrs. Yaro was waiting in a seductive dress in Room 23. The lovers spent that night and the next day together in the hotel.

As he flew into Abuja March 17 on a chartered jet, Mr. Sanusi sent a message to Mrs. Yaro saying, “Love. Just landed in Abuja. Thank you for a wonderful weekend.” Mrs. Yaro replied, “Alhamdulillah. I had a wonderful weekend too. I am able to get the 3:15 flight on Arik Air. Love you.”

But in-between these rendezvous in Lagos, Mr. Sanusi and Mrs Yaro also found time to get together elsewhere. They were to meet on March 11, 2013, in Makurdi but somehow Mrs Yaro could not make it to the Benue State capital. But earlier on February 14, (Valentine's Day), the lovers had a good time together in Maiduguri. Although, the two of them travelled to the city on different missions, they somehow found a way to get together.

At a point, Mrs Yaro voiced open frustration when Mr. Lamido delayed in taking her calls as she tried, frantically, to track him down. “I'm thinking that one Shuwa girl has snatched you away from me,” Mrs. Yaro wrote in a message. “I don't trust them (Maiduguri girls) with you.”

A velvet-ranking figure within Nigeria's economic and political circles, Mr. Sanusi, is generally perceived as one of the intellectual anchors and moral conscience of this administration. When his five-year term expires next year, he has indicated he would not renew his contract. Mr. Sanusi has a well-advertised ambition to become the future emir of his native Kano, where he is already a top chieftaincy holder (Dan Maje Kano). Dan Majen Kano, a historic title, which means Son of Emir-Maje, is reserved for the royal family members from the Kano Habe dynasty.

A zigzag prospect to run for the Nigerian presidency is also believed to be floating in the horizon for Mr. Sanusi.

Multiple sources at both the CBN and First Bank, where Mr. Sanusi was managing director before his appointment to the central bank, describe the governor as an “incurable womanizer.”

“This guy seems unable to resist anything in skirt, and it is unfortunate that a lot of young people look up to him as an example,” one of Mr. Sanusi's aides in Abuja said, expressing widely held concerns in banking circles that “It is sad that he wouldn't even let married women be.”

Mr. Sanusi, 51, appointed CBN Governor on June 3 2009, is a smart economist and award-winning banker with a background in risk management.

He holds a graduate degree in economics from the Ahmadu Bello University, Zaria and a diploma in Sharia and Islamic Studies from the African International University in Khartoum, Sudan. Today, Mr. Sanusi is also commonly regarded as an important voice in Islamic jurisprudence.

“There is no doubt that he is a fairly effective banker,” an official of one of Nigeria's leading banks, who requested anonymity for fear his bank might be targeted, said. “But he is a man of zero morality despite his public posturing. It is really sad.” 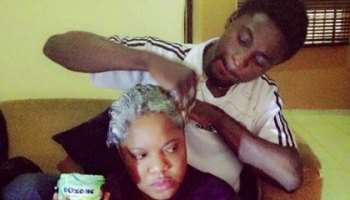 Cyber Bully; Anybody That Insult Me will get Toothache…Toyin Aimakhu’s Hubby, Adeniyi Johnson 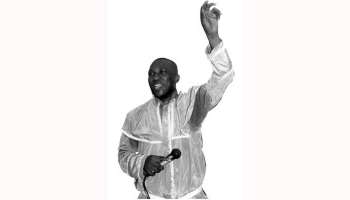 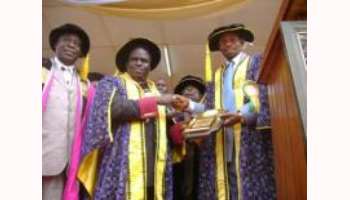 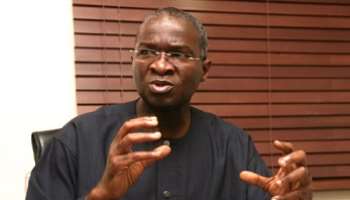 My Children are Also Suffering The Effect of Power Failure…Fashola 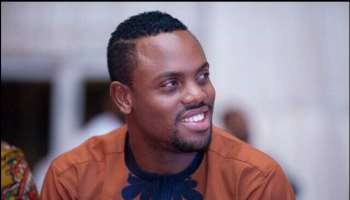 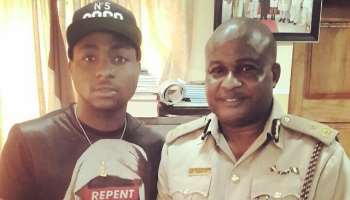 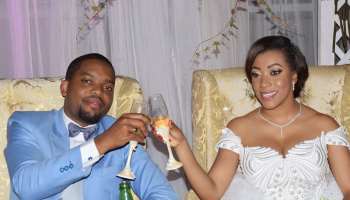 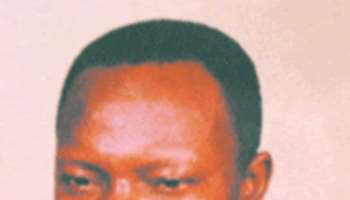 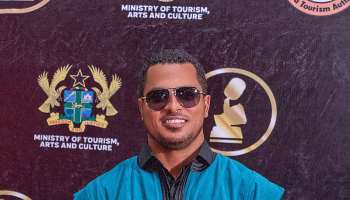 EndSARSNow: I stand with my Nigerian brothers and sisters - Van Vicker 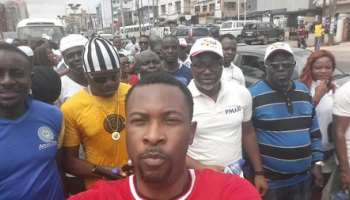 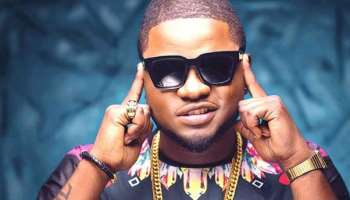 Buhari’s Government Does not care About Nigerians…Singer, Skales 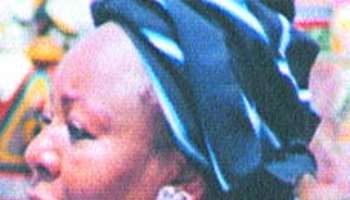