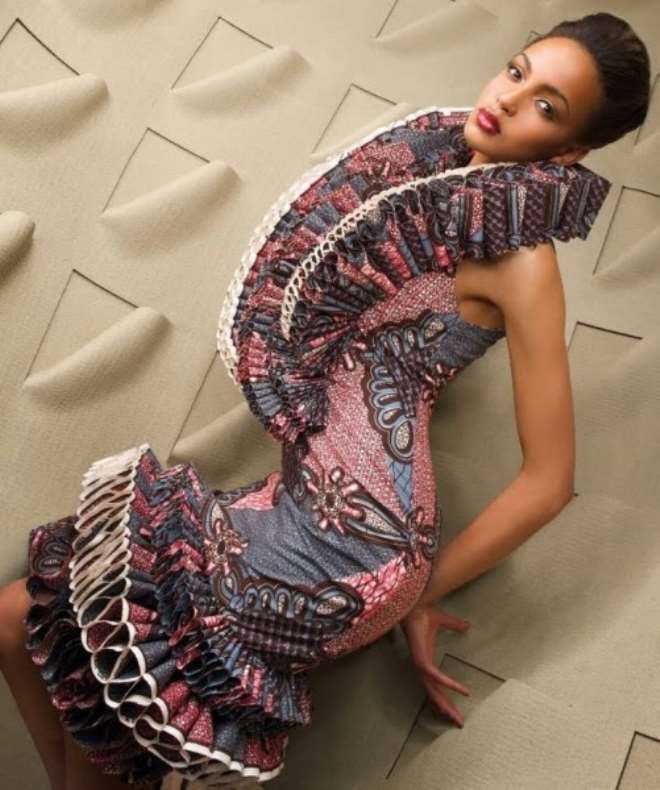 Loud music and the smell of dried fish filled the air, and Dunni tried not to sneeze as she hopped over a pothole the size of a ditch. They were on their way to what Mary, the event planner her aunt had hired to organize the memorial service for Dunni's grandparents, called the Ankara Alley, and Dunni struggled to keep the event planner in sight while avoiding the hustlers who tugged at her arms and her clothes, calling out wares from fruits, foodstuff, meat, and kitchen utensils to DVDs and toilet brushes. She could not remember the last time she'd been to Balogun Market, but she could remember the first time she had come with Funke, one of her cousins and Folarin's older sister, and it was a lot similar to this trip too. Lagos as a whole was always a surprise, so big and bustling, but as they'd drove to the market, she could almost swear the city was cleaner and less chaotic.

She'd mentioned her impression to her companion, and Mary had said something about the new Governor and the policies he was putting in place to make Lagos an ultramodern city. While Dunni had seen evidence of that as soon as they entered Lagos, there was nothing ultra-modern about Balogun Market. It was stuck in the past and as vibrant as ever, especially in the fabric section where rows and rows of different colors and patterns of the Ankara material vied for her attention. Dunni ran her hands over a wax print in patterns of blue and pink.

“What do you think of this color?” Mary asked, pointing to another fabric in shades of lilac.

Mary had told her about a trip to Lagos to purchase some bulk food stuff for the caterers and, contrary to her decision to stick with the village women and forget jaunting off on adventures, Dunni had allowed herself to be convinced to come along. So, here she was shopping in downtown Lagos. To be fair to the women, they weren't the reason she had escaped this time. They had actually let her alone since, while still riled from the encounter with the annoying, if attractive man on the hills of Erin Ijesha, she had retorted one of the women with a barb of her own. This trip was simply an opportunity to see more of Nigeria, and also get some fabrics for friends back in Dallas at what Mary promised would be a better price than she'll find in Ilorin.

Dunni pointed to the fabrics, including a black and orange print, that she liked, and then joined Mary to haggle gustily with the vendor. She'd noticed that her sparse Yoruba was coming back to her the more she spoke it.

“So, when are coming back to Nigeria?” Mary asked as they walked back to where they parked the car. “You seem to be enjoying it quite a lot.”

Dunni laughed. Mary was telling the truth. The sun was blazing overhead, but even with the sweat dripping off her face and between her breasts, she felt like she was having the time of her life. There was something so lively and immediate about the people that nudged around her as they went about their own businesses. After the long stretch of time when she hadn't visited, the city was that much more chaotic for her, but what was there not to like in the colors bursting forth from the tomatoes and peppers arranged in pyramids, or the organic green leafy vegetables that lined the tables along the road. She wanted to soak it all in.

“It's really a lot of fun,” she finally said to Mary, “but I don't know how people can deal with it on a daily basis. We still have the foodstuff to get at Iddo and I'm already worn out!”

“Oh, I'm sorry,” Mary apologized. “You're always so nice and gracious that I forgot you're not so used to this our crazy way of doing things. If you want, I can take you to a friend's office just across the road on the Island and pick you up when I'm done shopping at Iddo.”

Her aching muscles reminded Dunni of the day she'd gone trekking to the Erin-Ijesha falls, and about the man she'd met that day and whom she hadn't seen since. After joining her in the car, Folarin had referred to him as Babs and said he worked in Lagos, but Dunni had not encouraged a conversation about the maddening man. They'd gone on to discuss the trek and how she'd enjoyed the exertion and the amazing scenery and views. That was a week ago, but she still thought of it regularly, and now she wondered if he worked in one of the offices in the area. She didn't want to take the chance and find out by bumping into him.

They got to the car and Dunni began to wind down the passenger side window. A muscular T-shirt covered chest appeared in the side mirror, and her heart jumped in her throat. Speak of the devil, could that be the man from the hill-climbing? With a feeling of Déjà vu, she sat unmoving, watching the person approach. When a dark hand knocked on the glass and a tray of Gala beef rolls was shoved against the car, Dunni let out a sigh of relief; it was only someone selling snacks. Wondering how the Babs man had gotten under her skin so fast, she finished winding down the window and bought two pieces of Gala from the vendor whose grateful grin reminded her of said annoying man.