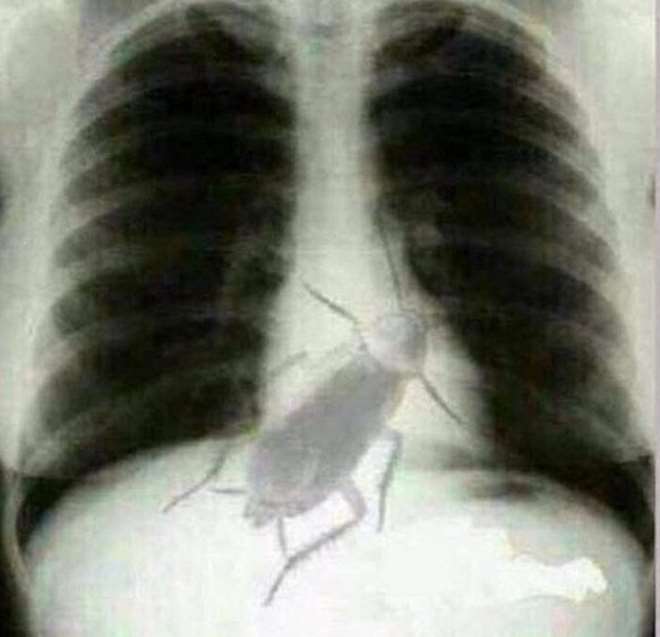 Nollywood actor, Femi Ogedengbe, has just revealed how some Nigerian medical practitioners can be funny to the extent of making one take wrong steps just to save his life.

The actor shared an X-ray result of a man who was told by Nigerian doctor that he has a living cockroach inside him after complaining of severe chest pains.

The man was told that he could not be treated in Nigeria but India and that prompted the man into selling his house and other properties just to save his life only to be told that the insect was not in his heart but in the X-ray machine.

In his word, “This xray belongs to a man, whose doctors here in Nigeria told he has a living cockroach inside him after complaining of severe chest pains and he can only be operated abroad, he sold his house, took loans and borrowed more money to enable him travel n pay for the treatment. Upon reaching India, another xray was done, he was told the cockroach was inside d xray machine at d Nigerian hospital and not his chest. He was given prescriptions for d chest pains and discharged. If na you wetin u go do.”