Recall the drama which ensued during the week ahead of Toolz wedding between the Olumofin brothers, Joro and Dokun and on-air-personality, Gbemi of Beat FM, after the brothers were being accused of gate crashing at weddings they were not being invited, thank God all is well between them now.

Though the statement by Gbemi turned out to be a pain in the neck as the brothers fired back with a long epistle with various descriptions about Gbemi's personality but they later regretted their actions and got along.

The whole drama still did not deter the brothers from attending Toolz's wedding as they came out with their expensive Agbada outfit.

But reports making the rounds has it that the brothers did not enjoy the wedding as they were asked to leave for fear of wrecking havoc on her special day. 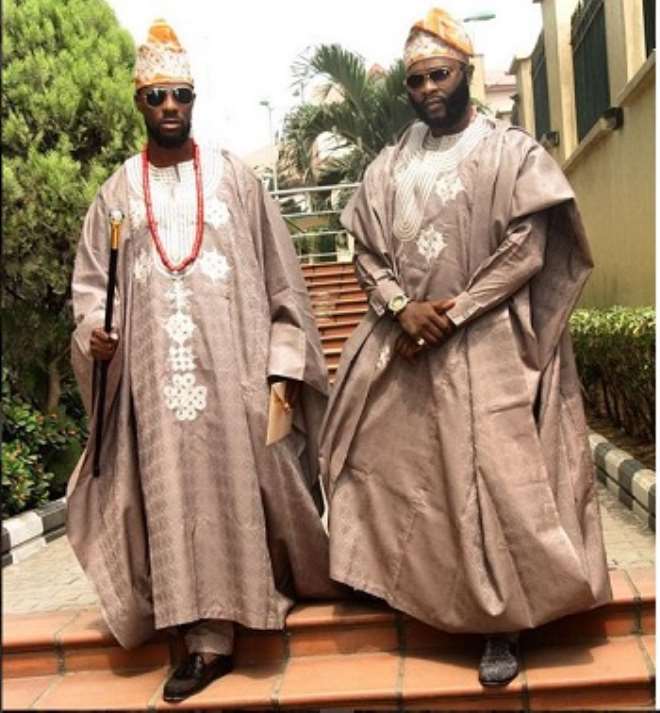 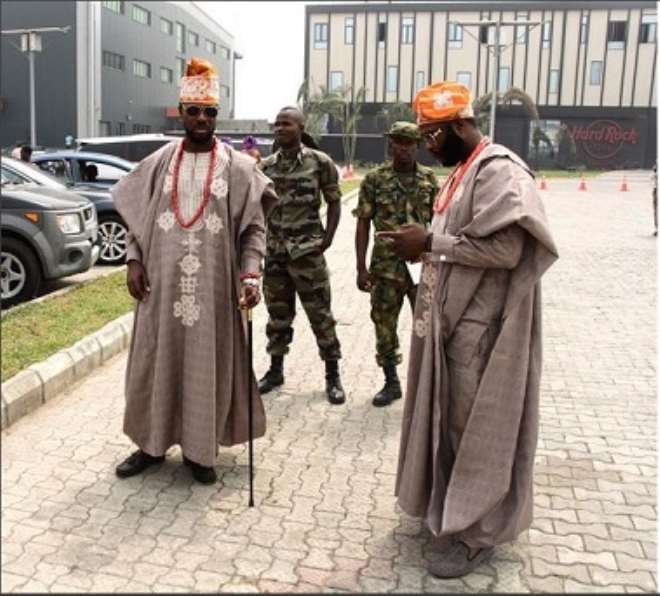