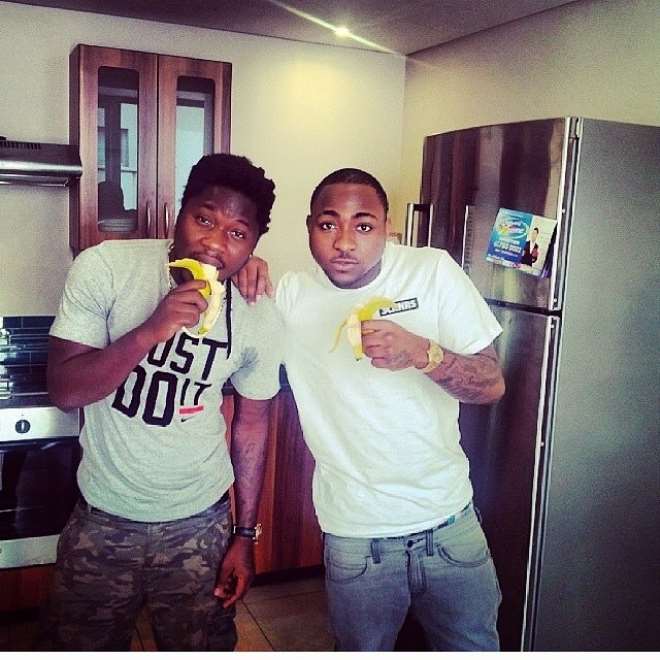 After Barcelona defender Dani Alves ate the banana that was thrown at him, he started a revolution. Right now, it's taken over the social media.

The racist incident happened during Barcelona's match against Villarreal on Sunday, when a banana was thrown onto the pitch towards Dani Alves as he went to take a corner. Everyone was amazed as Dani picked it up, peeled it back and ate it. And since then, he has been receiving massive support against racism.

Speaking after the match Alves said:

"We have suffered this in Spain for some time, you have to take it with a dose of humour. We aren't going to change things easily. If you don't give it importance, they don't achieve their objective. I don't know who it was, but thanks to whoever threw the banana, the potassium gave me the energy for the two crosses which led to a goal.”

The banana thrower has been identified and banned for life from games at the El Madrigal Stadium. The banana campaign for Alves has also gone viral. With even Davido sharing his own photo. 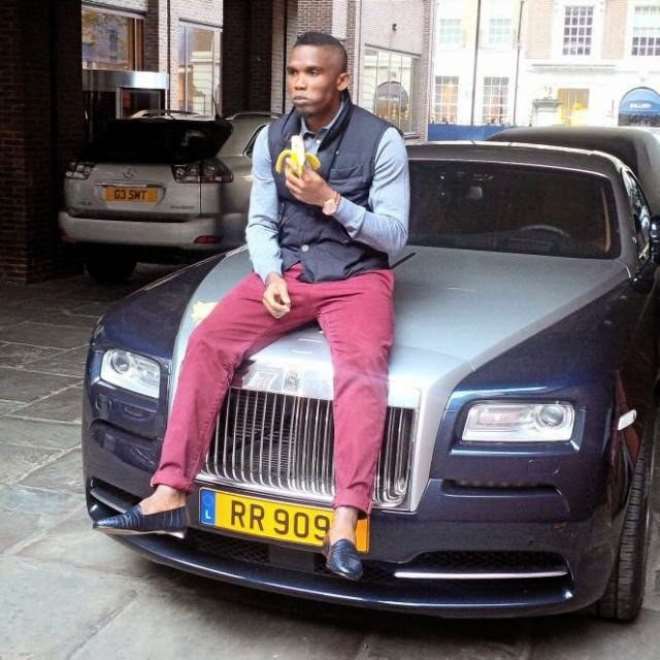 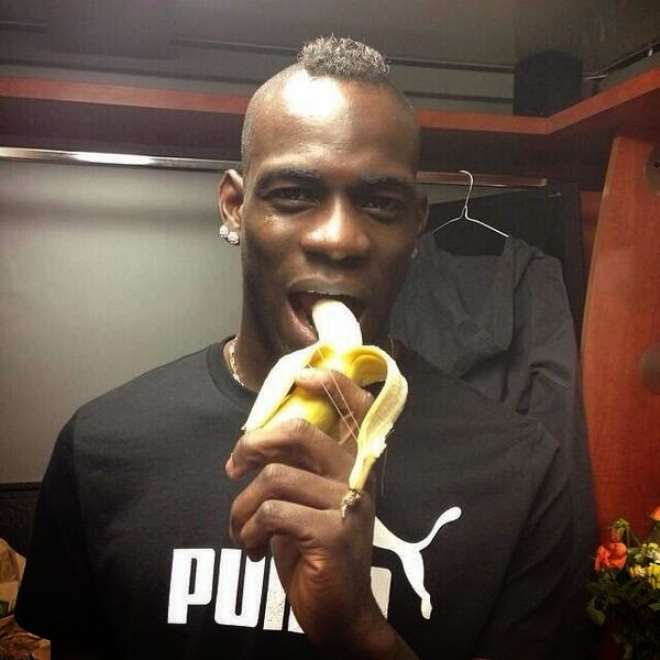 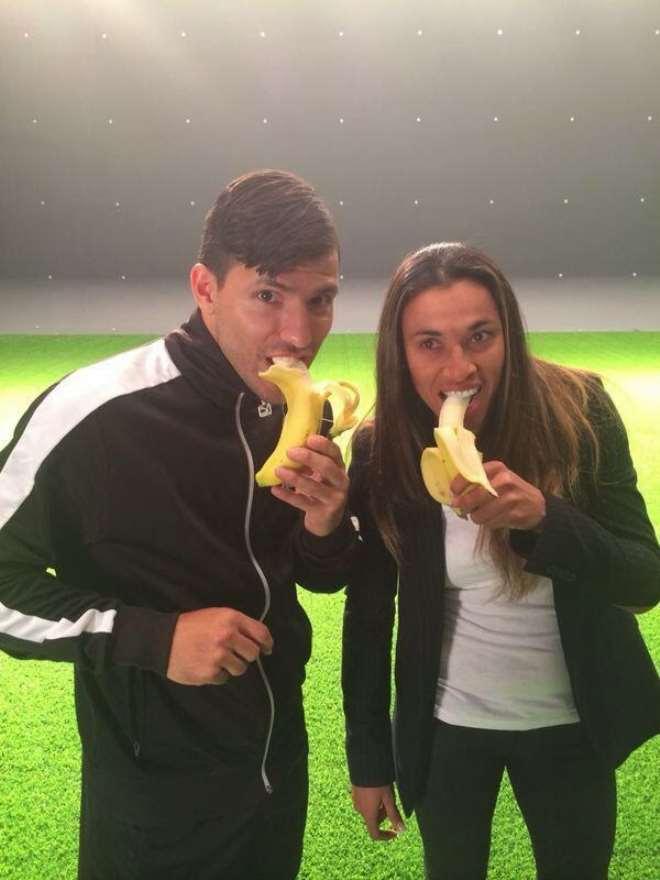 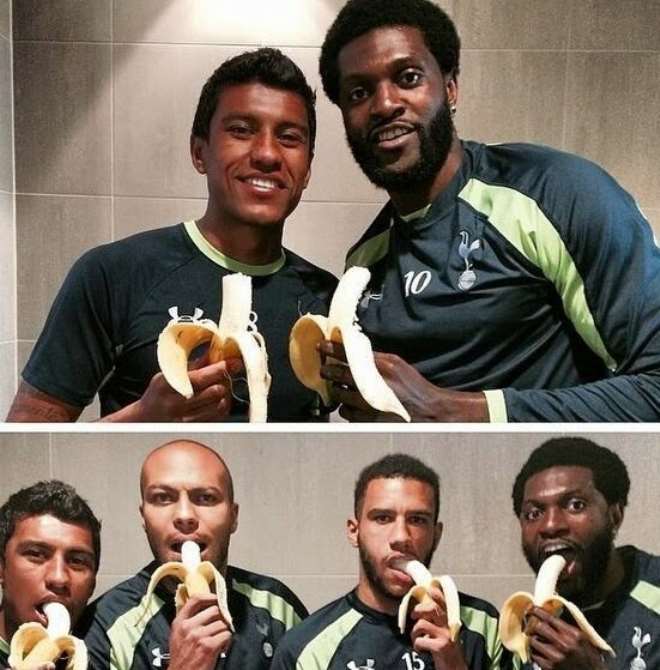 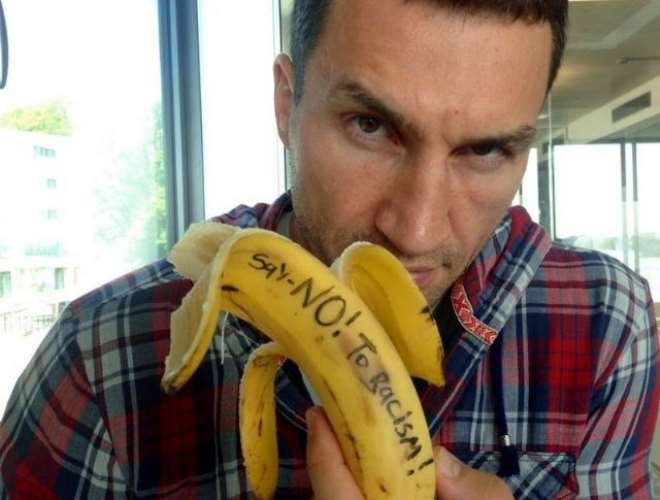 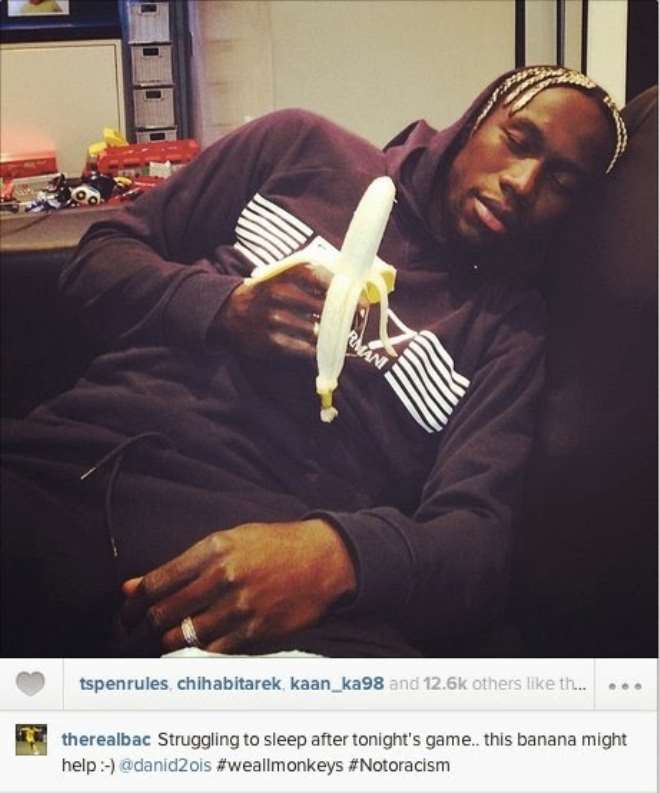 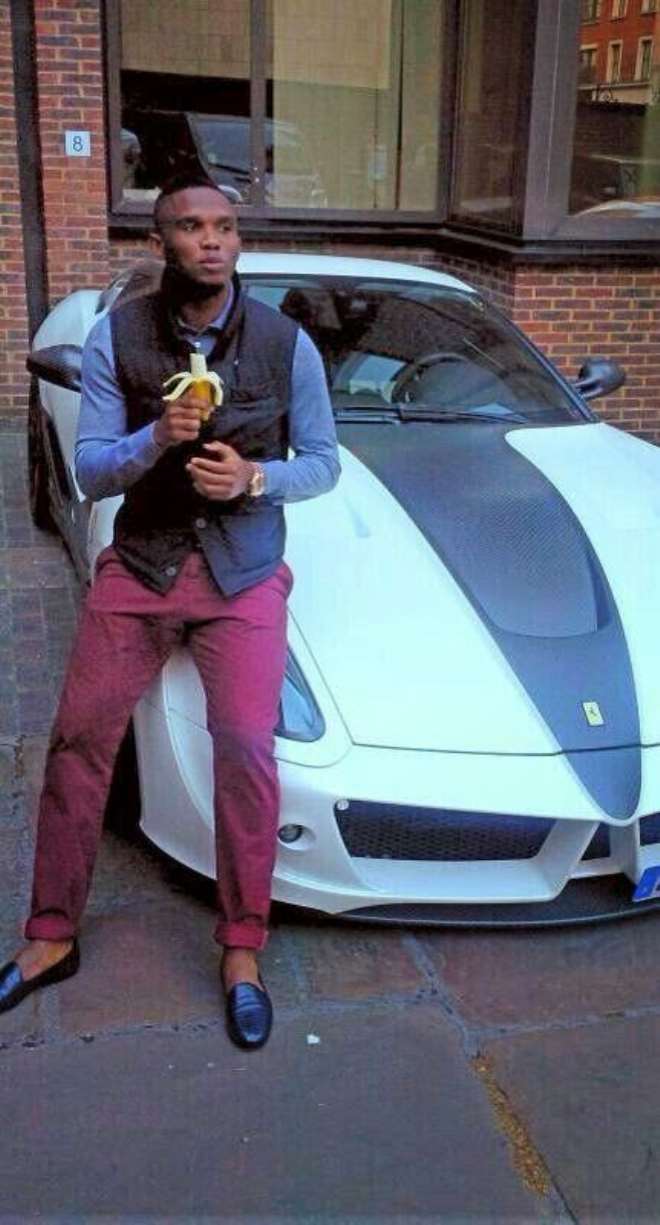