I DID MUSIC FOR MONEY, SAYS GENEVIEVE NNAJI 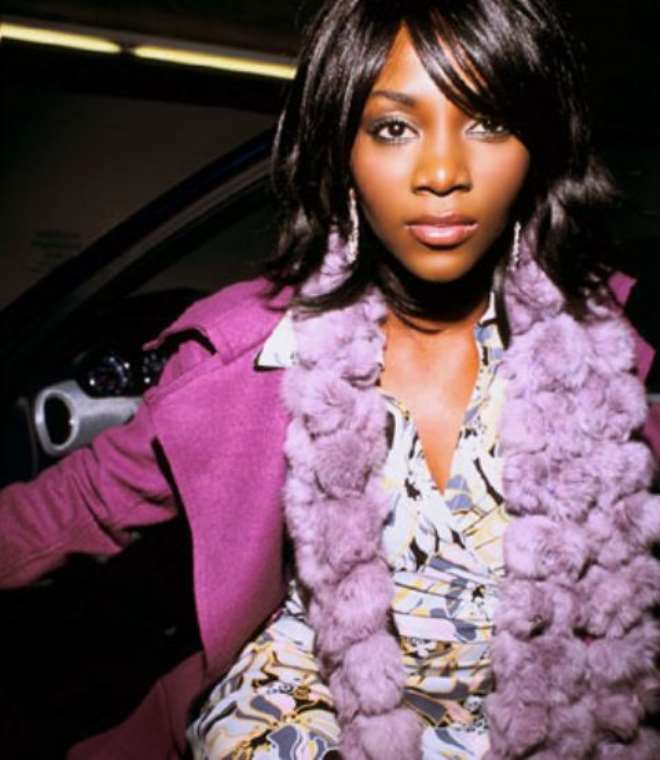 One has never seen Genevieve Nnaji, the highly rated and reserved Nollywood actress, so excited about anyone the way she was about Lamide Ajayi, the pretty brain behind Iconola designs. As she eulogised her, excitement filled the air. It is obvious the duo have more than mere physical resemblance going for them. They both share the same fashion ideas and are working together for the new fashion label - St. Genevieve. In this interview with Correspondent, Franka Nwusulor, Genevieve talks about her new found love, her fashion label, and Link-A-Child Foundation. Excerpts:

The St. Genevieve launch had quite a large turnout. Did you envisage such?

It was supposed to be a small party, but somehow we got out in the papers and everybody heard about it, and everybody wanted to show up, so we panicked because we had planned a very subtle thing to rhyme with my birthday (May 3). And hearing how many people were planning on coming, we had to move it to Sunday. We decided to adjust the venue to something bigger, yet I didn't really want something glamorous. I wanted something simple, because it's a casual event for casual clothes.

Why did you decide not to invite the press and the public when launching a label for the same public to identify with and buy?

I would have invited few people and maybe one or two press people to cover it. Because I'm naturally a very shy person, I don't like attention that much. But now I've realised that you can't keep such things secret, and I would not like to make the same mistake again.

You are into acting, music, and now it's fashion. What's the idea?

I didn't do music.

You released an album.

(Laughs). It's like saying I did modelling because I did Lux. That was a contract, and I was paid to do the album, so I didn't go out on my own to do it. It was because of money.

What about veering into fashion?

St. Genevieve? This is I coming out to do something I want to do. This is I venturing in the success of it; everything about it is my choice.

What's the inspiration behind St. Genevieve?

The truth is that I've been doing this for a while. I've been my own model. Most of the cloths displayed at St. Genevieve I've designed and worn at functions. It's just that I feel like the older I get the more reluctant I'm to get out and put these cloths on, so I thought since I didn't want to stop designing, let others who are going out to functions wear them instead.

When did your relationship with Iconola start, and why Iconola?

I don't know. I think it was when she approached and wanted me to wear one of her cloths to a function, and I did. I was actually looking at the dress, I was turning it inside out, I was scrutinising, trying to find fault and I couldn't find any. I looked at the tiny young lady and I asked: did you make this yourself? She said yes, and I was very impressed. The finishing was perfect. I saw the passion in her. You have to love what you're doing. You can see the passion in some designers when they are describing cloths. You can even think it's a child and usually that's what it is, and that's the kind of passion both of us have. So, we can spend hours talking about cloths and fabrics.

It's a charity organisation. Owned by you?

No, it's not mine, but I know the owners and the truth is that I have approached them about doing something. I gave them ideas where we actually sell T-shirts, hoping people would buy, and the proceeds, most of it, goes to charity. We have stars endorsing these products as GAP, and other foundations have done it in America. So, we came up with the idea. Shortly after that this came up, and a couple of weeks ago I thought, well, I could bring Link-A-Child Foundation into this. I decided to take some percentage of the proceeds to them.

How soon are we seeing St. Genevieve in the market?

As soon as people start ordering. When you order, you buy.

Where can people get the cloths?

At Iconola store. She has been doing this even before she met me, so, she can continue doing it. All I'll have to do is continue to make the cloths, design them. Towards the end of the year, St. Genevieve store will open.

Are you planning of leaving Nollywood?

No, I'm not leaving Nollywood. Like I always tell people who say I've been absent from Nollywood. I tell them you sit in front of your TV waiting for Nollywood or Africa Magic to show my movies. Africa Magic cannot show my movie, because I pray every morning that they should not show it until it has sold to a certain point. If they show my movies so freely, nobody would buy them, so I do have a lot of movies out there right now. At least, seven or eight of them are out. If you have not seen them, that means you're seating in front of a TV waiting to watch them for free. And that is not making money for me.

Back to St. Genevieve: at what point did you start making the dresses, because you guys showcased a lot of dresses at the launch?

Let's say, to be frank, maybe two weeks ago.

Did you take part in the sewing?

Like I said, I can't sew a button. Lamide is the brain behind the sewing. She did not sleep.

What about the designing?

I design. We picked the fabrics together and she put them down.

What other places or things give you inspiration for your designs?

The fact that I love cloths; the talent I got from my elder sister. But I've always been doing this, I'm a very creative person. I love putting things together, whatever it is, if I can't bring the vision to life myself, I can direct someone to do it. So, if I can't wear a dress, I can also allow someone to wear it. I just like seeing them come to life.

You said you once loved music and yet you did not take it so serious, now you insist you have a passion for designing cloths, will this one fizzle out like the music?

When are we expecting the song?

One step at a time.

You seem to be good at popping surprises here and there, are we to expect more surprises?

I am a very creative person. I can do a lot of things. I can mould, I'm into interior decoration. I have a lot of creative ideas, but for now, I will focus my energy on St. Genevieve.

What is the most important lesson life has taught you?

That whatever will be, will be. There is time for everything and no matter the situation, always thank God.

What would you regard as your most accomplished project?

I'm yet to accomplish anything, so it's still too early to pick one. For St. Genevieve, we are yet to get to where we want. When we get there, we'll know it's an accomplishment. 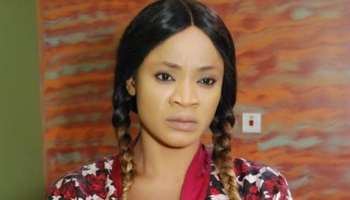 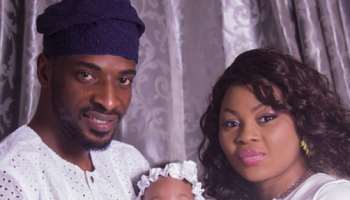 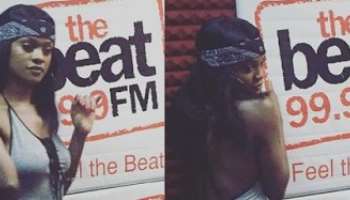 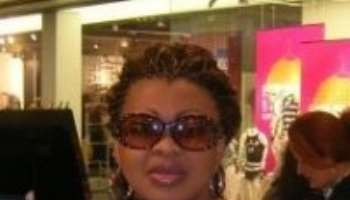 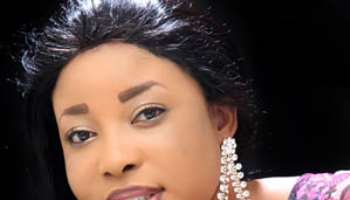 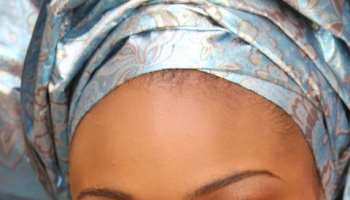 Pregnant Bella Adenuga Disu relocates to the US 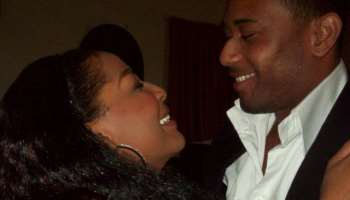 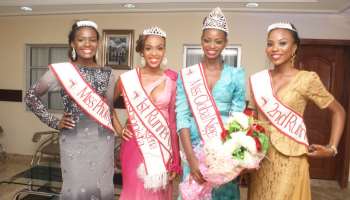 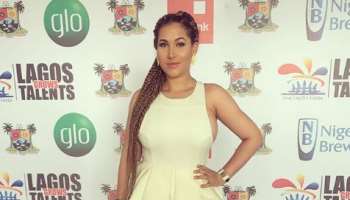 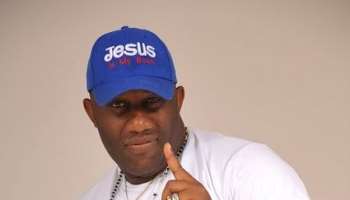 I talked Tuface into music—Ernest Asuzu 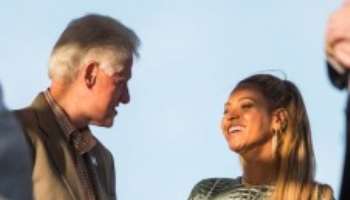 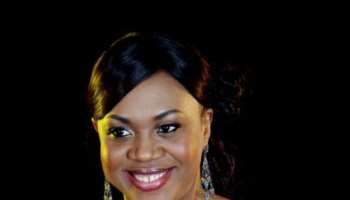