N1M FEE’S BELOW MY STANDARD IN NOLLYWOOD, SAYS ONYEKA ONWENU 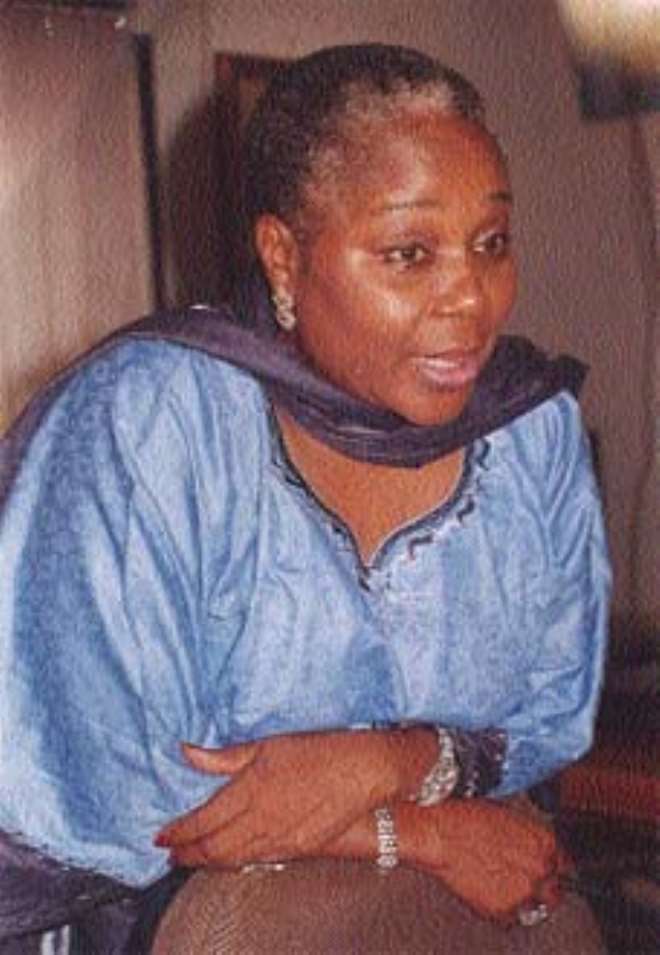 Elegant stallion, Onyeka Onwenu is every writer's' delight. And when it comes to providing answers to questions, she's always blunt and precise with her opinions.
In this interview, the Imo State- born broadcaster turned musician and actress, insists any fee below the N1million mark is far below her standard and more.

Your likes have been scarce lately in movies, why?

Right now, I wouldn't do a film for the price they are offering which is below my standard. After giving you my best, you are offering me a sum of five hundred. As it is now, if you pay me a million, it is no longer appealing enough for me to star in any movie. I know what it takes when it comes to starring or playing a lead role in a film, so it will be shameful for me to get a pay below my standard.

And what would you consider good enough fee for your standard?

For now and with what is obtainable in the country, if I want to consider the pay of the producer, I'll be willing to collect a substantial amount. No pay, no show.

You are yet to say how much you'd want to collect...

Well, I wouldn't collect anything less than a million naira. And even with that sum, it is still very small.
And is that what is obtainable in the industry?

I speak for myself. I don't want to know what others may wish to collect.

Would cheap fee be responsible for the emergence of new artists lately?

Well, you can say that again. For people like me, I don't think I'm ready to star in a movie and at the end of the day, accept a token after suffering pains to master script and what have you.

But all of these go beyond what we see. For one, there is not enough funding for the movie industry, so artists are forced to accept whatever comes their way.

There are no appropriate costumes and oftentimes, the wrong people, equipment and crew are brought in to bear at locations. And this makes the whole process cheap.

Right now, I wouldn't do a film for the price they are offering because I consider it far below my standard. It's ridiculous that after giving you my best, you are offering me the sum of five hundred for a role.

It's a kind of open door for young artists...

It may be, at least to make ends meet.

How much does a producer offer?

It depends on an individual. It is not static. However, I may choose to star in a movie role for the sake of the relationship I have with a producer and not collect fees for the role. It all depends on state of mind.

As an acclaimed celebrity, what are the challenges you face in the industry?

I started as a broadcaster and going into music before taking up movie roles. Acting was something that was new to me and I didn't think I had the capacity to do it but somehow, Zik Zulu Okafor convinced me to take up the challenge and soon, I started acting and found that I enjoyed doing it.

It was a tremendous challenge and being one that loves challenges, I started making more friends and fans among casts. So it's been very fulfilling to know that I could do a very good job that people would appreciate.

The greatest challenge I had at a time was when I featured and played a lead role in the movie Conspiracy in which I played the role of a mad woman. During that time, we were trying to dispel from people's mind, the idea that the role you play in a movie, represents who you are in real life. I accepted the challenge because I could make people see me in roles that are parallel to my real person.

It was also an opportunity to change the perception people have about Onyeka Onwenu and present another character which is opposite to who I am.

When I'm given a script and I see that the contents are weighty and thrilling, I deliver my best. In the beginning, it wasn't about money, it was all about dealing with my new found talent. It was all about my ability to interpret those roles, while giving weight and character. And no matter the role I was given in a movie, I tired to deliver as professionally as I could.

I hope that the younger artists will look into my work and say she was committed to her profession that she is willing to go the extra mile. For instance, when I shaved my hair in the second part of the Conspiracy, the director was ready to give me a skull cap, and I said no. Instead, I told him this is our culture, and I want to give it my best shot. I did this because I felt that I may never have that kind of chance again. And that explained why I had to shave my hairs off in the movie.

But today, the story is different, there is no more room for professionalism. The new generation of artists don't show the kind of passion and commitment that we showed in our time. Whatever God gives you the mind to do, go ahead, do your very best and give him the glory.

Are you saying that most of the movies produced here are not professionally structured?

Oh definitely, and I think, for the film industry to survive, we must have better scripts, casts and crew. Our today movie industry is dictated by those who are paying for the production.

They make the decisions, because they believe that “he who pays the piper dictates the tune.”

So if we get better financing for the industry and are able to get the banks and corporate bodies to take greater interest in the art as it is obtainable in the developed nations, the industry will grow.

Government has no business coming into this. I'd prefer that government gives me light, repair my road and provide the basic things that I need in life. Funding the movie and creative industry is up to the private sector.

But what government can do is to provide an enabling environment for the corporate bodies and financial institutions to fund the art.

I keep saying, if the nation cannot exploit its resources especially in the field of arts, then the culture and the traditions of the nation begin to die. And our culture is dying because of the influence of foreign music and culture.

Foreign movies have taken over the minds of our young people and traditional values are falling by the day.

Today, we are trying to celebrate the Wole Soyinkas, the Chinua Achebes, why can't we take their stories and make them into films to show the richness of our culture? All the government needs to do for investors to come into the industry as I said, is to provide the enabling environment for business to thrive. And that way, multi-nationals, financial institutions and corporate bodies will invest in the industry.

Then, the possibility of Nollywood competing with Hollywood remains remote, you'd say?

Why. If India which is the Bollywood could be doing great in terms of output of films, who says Nollywood cannot be great? We used to laugh at Indian films, especially at the magical scenes and very terrible editing work it presented. We didn't know they were terrible work and we were enjoying it.

But with time, they improved on their works and grew. And since Bollywood started somewhere,
we at Nollywood have to start somewhere.

And we started well because today, we are the third largest movie industry in the world. And although we may not have all the infrastructure needed to compete favourably with the civilised nations, we are certainly not stuck in a place. We have made a tremendous progress