You cannot manipulate my husband--INI EDO 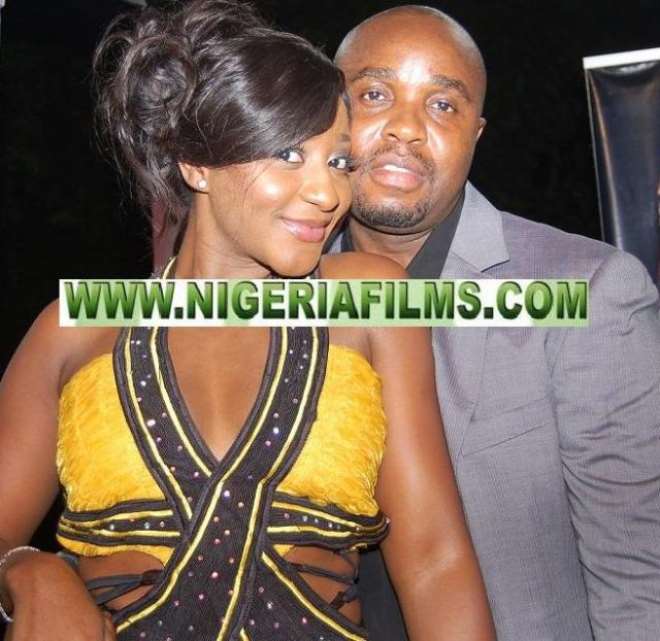 Some people may question her acting, but there is no denying that Ini Edo is one of the pretty faces Nollywood has to offer. Even with many controversies surrounding her person and her recent marriage, she has continued to thrive in the industry. In this interview with REPORTER, Ifeoma Meze, the actress spoke on her new profile as producer of the movie Memories of My Heart, marriage and regrets of stardom.

A lot of people have a description of your personality for you, but who really is Ini Edo?

I am who I am. I am just like the regular girl next door. The different thing about me will be my name, my character and my ways of life because I am another human being just like everybody has their own personality. I am just an everyday girl.

How has married life being so far?

Why do you think there are several tales about you?

I don't really know why, but I guess it is because I am relevant. When you are relevant people will talk about you. If they don't find anything to say, they fabricate things and say them. The most important thing is the fact that they don't know anything about me.

Doesn't it bother you?

Even when there are negative stories about you in the press?

As long as it is not true, I am not bothered. If it is a problem, then we treat it. These days, what I have resorted to is taking up anybody that tries to defame my character without proof or with lies. I am taking anybody that does that up.

What do you see stardom as?

Stardom is you being an idol to some people. It is you being at the height of what you do. Some people are stars because they are better actors or actresses or even musician than others. When you succeed in what you are doing and people look up to you I think that makes you a star in that field.

You have a new movie that is coming up; what is it all about?

The movie is called Memories of My Heart. I produced it and it is totally my work. It's a love story, a feel good movie. It is a movie you watch and don't want to get off your seat until it's done. It's a story about an up and coming actress trying to be a star who starts getting a little desperate, getting into trouble and at the end of the day has to make some funny choices. The movie has a proper beginning, a proper middle and ending. The story encompasses almost everything. It's going to be very entertaining and very funny and there is a lot to learn from it.

Is it a true-life story about you?

It's not my story, but one that Emem Isong wrote. I saw the story and loved it which made me say I want to do it. I don't know where they got it from but it is not my story. I am also one of the key actresses in the movie.

So, you are giving producing a big chance aside acting?

This is just an experiment. It's my first project; if this is good I will probably want to go into others. I have intentions of producing movies with big budgets, movies that you can enter for festivals.

Is it not going to be a little challenging acting and producing as well?

Acting is my first love, I can never leave it. Producing is not something I think I would want to do every time because it is very stressful. It is time consuming. It's just that I have passion for it and I hope to do once in a while. I don't intend to shoot films every week. It would be very tiring and will be overrated. I will do producing once in a while.

Do you have any regret in this career?

The only regret that I have is that sometimes because of what I do, I have become so popular. It was a little too much to contain and it now makes me susceptible to people now imagining things about me. The bad press is my only regret but the 100% passion that I have for acting overshadows them. The passion overshadows any regret that I ever have.

How much did it cost you to shoot Memories of My Heart?

I cannot give the figure but it is a lot compared to what we are used to. But it might not be that much if you are looking at big budget movies.

Do you see producing as another business or a career?

Not really but yes, it should be quite rewarding if you know what you are doing. You can look at it from the business point of view but for me producing and acting is the same field. It's just me trying to break out from what I am used to. I went into producing to improve the industry and move it away from this stage that it has been for a long time now.

I grew up with my very lovely parents. My parents are very straight and God fearing. So I am from a strong Christian home and I had fun just like every other kid. I played around a lot. I had the rough times where I will be in my parents' bad books and get punished and I had my good time when I did well and they bought me gifts. So, there were the good and the bad and the ups and downs just like every other human being.

Was it very hard for you to get into acting while you were coming up?

It was not so hard because I was in school at the time. I just got invited for an audition. I auditioned for three movies and I got three roles in the three different movies. From there they started calling me. I did not hustle for it. Acting was not a desperate move for me.

How did your parents see it when you started acting?

They didn't find it funny because they felt it was a distraction. My parents had issues with me travelling around to act in movies. They wanted me to focus and finish my education and they thought it was going to expose me unnecessarily. They did not find it funny but I always do what I want to do. I was stubborn and I disobeyed them, but fortunately it paid off. I am happy to be where I am right now.

Though what I am going to say could be considered annoying sometimes but it is something I admire a lot about him. My husband is a very determined person who knows exactly what he wants and goes for it. You cannot manipulate him.

You have also lost quite some weight, what happened?

I have been working on my weight for weeks now. I am also dieting. It's just basically to keep fit. I love the new look.