Govt Must Care About Films that Are Produced 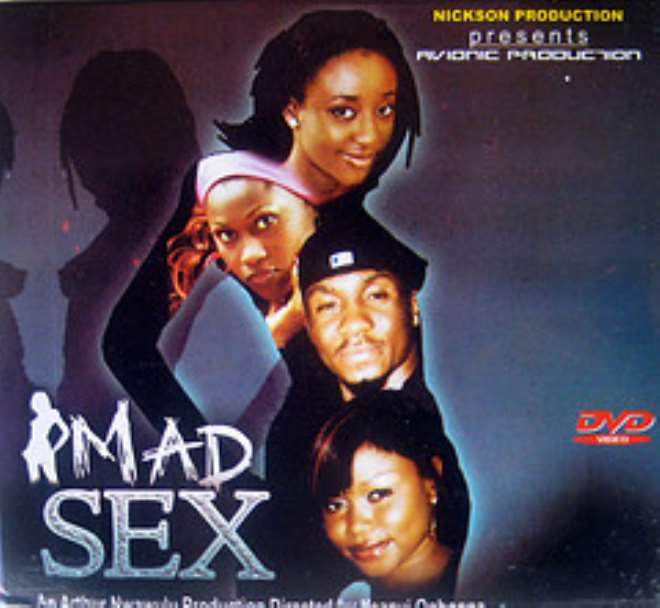 The Director General of the Nigerian Film and Video Censors Board, Mr. Emeka Mba has the burning passion to sanitise the local film industry as well as the market despite the handicaps. While attending the television content market and exhibition in Cannes, France recently, he spoke to ROLAND OGBONNAYA on the board's vision to reposition the film industry in the country and other issues

There are many who serve not because they make a living from the job they do, but because they love to perform that duty day in day out. As a result, such people approach their assignment with passion and unequalled commitment. Mr. Emeka Mba, the director general of the Nigeria Films and Video Censors Board (NFVCB) has over the years exhibited commitment and professionalism in the sanitisation of the local film industry. In the process of doing his work, he had encountered many daunting challenges, which however cannot deter him from executing his assignment.

One of the obstacles is the legal case between the board and Mrs. Helen Ukpabio, which began during the tenure of Mrs. Roseline Odeh as the director general of the board. Mba clarified the issue and the next step the board wants to take. “The board sees the Helen Ukpabio case as one of the cases it has, though it has lingered for a very long time. We received the news of her pyrrhic victory in court with some shock I must say. Be that as it may, there is something that we acknowledge; which is that everyone has the right, if you are not satisfied, to go to court and seek redress.

“The board on its own doesn't prosecute; it's done by the police. So we don't have the powers even when we take people to court. It is the police that actually do the prosecution. So it was Police vs. Helen Ukpabio, not the board vs. Helen Ukpabio. It's a criminal matter to release film without censorship, so we reported to police and police prosecute.
“As it happened, it appears that there was a lack of diligent prosecution on the part of the police and we have taken it up with the police. We have also applied to the office of the Attorney General to enable us get what we call a fiat to enable us prosecute our own cases. This goes to the very essence of how the board is set up—our laws and acts. We cannot on our own prosecute people; we have to go through normal channel, which are the police.

“This has taught us a lesson and if we look at all the cases where we have won, they have been cases where we have on our own diligently pursued. But I think that this is one particular case we will obviously appeal. We are studying the judgment. But I must also say that, for those who might think that this is an opportunity to push their movies into the market without censorship they had better rethink because the board will apply the law to the latter. This is just one particular case,” Mba said.

He said from the name censorship, the board responsibilities go beyond classification of films. “After you have done censorship, then you classify because censorship goes to the heart of what is in the content and its ability to inflame passions. I mean, look at Nigeria for now, we are in a very delicate position, a country with an estimated population of 150 million people and the level of illiteracy is very high, while ethnic and religious crisis is a cause for worry.

“Thousands of people have died for no particularly reason, most times just because of simple rumours. Look at what happened during the Dannish cartoon incident. People died in Maiduguri, Aba, Onitsha without even seeing it. I doubt very much how many people have seen that cartoon, yet many people died. So it goes beyond classification for us.
“I don't think there is any country in the world, where film makers say abject no to censorship and opt entirely for classification. Do you just classify in an environment like ours with all the crises we are going through. We have to be more diligent because of all these factors we are facing in Nigeria,” he explained.

Mba emphasised that the issue of audiovisual content is very, very important to Nigeria and for her to take every action that she can to make sure that people do not use this opportunity or privilege of being filmmakers to cause trouble. “I think that largely our filmmakers have been quite responsible in terms of how they address issues. Largely, I will say they have been responsible on few occasions where we have found out that there has been some form of abuse, which has either been as a result of lack of proper understanding of how to package the content very well.

“And the fact that our film industry is commercially oriented has helped in the sense that nobody does a movie which he knows that the market will reject, knowing fully well that if you shoot a movie which seems to play on ethnic sentiment, a lot of people may not buy. So that commercial imperative has been helping in terms of addressing the issues.

“It is done in the US even though it may not be called that, but the market and the profit motive and the way the studio system is set up in America is actually a lot more powerful in determining what goes into a movie and what does not go. Even censorship is done in France, where we are now. Censorship is done in the UK, in the Ireland, Malaysia, India and China amongst others.

He said that it is only an irresponsible government that will say: “we don't care what films people make, it will be very irresponsible. I don't know of any country in the world, which does that. So I think censorship will remain. But it remains and how it will operate will depend upon how we the board interact with the industry and the consumers. So taste and tolerance will change and also how the market is structured. All these things will impart on how we do our work.”

At his hotel lobby in Cannes, Mba also spoke on the board's new distribution framework. “We are at the stage where all the things we have set out to do, we have done. I think that the biggest challenge we have is the fact that some people who have taken license, for some reasons, think government will give you money or what, I don't know. If you go back to the very first day, what we said was that it will give us the opportunity to know those who are distributing movies so that our classification censorship will make meaning.

“Now we know people who are distributing movies, we have identified them, we have licensed them and we know where they operate. It is now left for them to decide to do the next thing, which is to improve on the structure that we have put on the ground. We are not distributors. We don't make films at the board. So it's left for the private sector, the people who are involved now to follow the pact and do what is right. What we observe at the moment is, there appears to be a disconnect between the producers and the distributors.

“What we have decided to do is to try and fix that disconnect because we find that there is not much expertise. We have therefore decided to engage the World Bank, which has agreed to give us some seed financing. They are willing to provide resources to help build an operative distribution network, using digital platform. So we are at that stage now,” Mba emphasised.

Having sensed that maybe some of the distributors who have acquired license don't have funds, the board decided to enter collaboration with the World Bank. They have agreed to finance two of our projects to help us or to help the industry so to speak. There is one, which we call Digital Hollywood Project. It is aimed at providing a secure digital infrastructure to help producers and distributors to distribute their contents both locally and internationally.

“The truth is that the content is not ours. It now requires the distributors and owners of the works to agree to be part of this. We can't force anybody. So, that's the dilemma that we face. So when people say that distribution is not working, I am like, we don't distribute films. We don't own any right to any film. The film belongs to the people and once they agree to come under this umbrella, our work will be to ensure that their work is protected; we will encode it for them and put it on this platform that enables people where ever they are in the world to buy the works either by buying the CD or DVD and downloading amongst others.

“For instance, if a distributor wants to do 100, 000 copies, we will print 100, 000 copies for him and he will put it on his movies. But what is happening now, is because we are charging a token for this, is that instead of telling us the actual quantity that they want to print, instead of 100, 000 for instance, they will say they need 5, 000. So that's why when people say it's not working, I tell them it is not the board's fault.

“It is not by magic, it is by deliberate hard work, it is by following a process, of seeing it as a business. I think when we say we have the biggest content market in Nigeria; it is because we generate more content than any other country in Africa. Yet the business side of our television and film market hasn't really taken off on a structured and more formal basis.
“And I think that is something we can learn from what we have here at MIPTV. That for me is the opportunity. On a very specific level, it is something that HITV has been doing for the past two years. HITV has been helping to profile the Nigerian Media market internationally. For instance, whenever we go to Cannes, you see people asking what we are going to do when we don't have a 35mm film.

“You see, its almost like you need to be out there, you need to profile yourself, you need to create an awareness of an industry and you need to also come with an open mind to learn and see how others are doing it. I think that's a critical component of the business that we are in. Without awareness, without profiling, I mean from the HiTV opening party after the opening ceremony, I don't think that there is anyone after leaving who when you mention HiTV and he will tell you he or she doesn't know,” Mba further said.