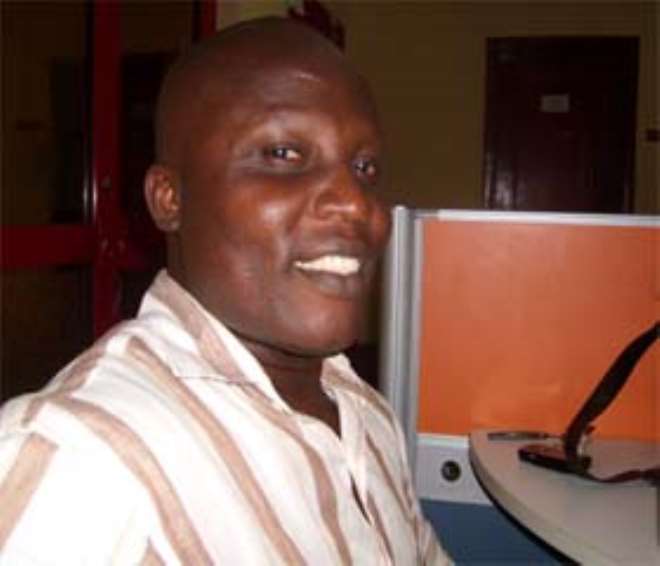 He looked disturbed though trying to be in control of his emotions. His tales which he backed with presentation of original documents struck like a shocking tud. He narated how a pay-per-view broadcast network in the country aired his two-part film, Arrows of Love repeatedly without his permission. And how upon enquiry, he found out that some persons in the industry had actually impersonated as custodians of his rights to the production and sold it to the network. As he probbed into the roots of the matter, by lodging complaints to Nigeria Copyright Commission, National Broadcasting Commission and other relevant government agencies, the cable network and the alleged impostors tend to join forces to elbow him out of his request for explanation and compensation. He tells his story:

I am a Nollywood producer, by name, Charles Uche Ayika. I released one of my films, Arrows of Love into the Nigerian Film Market in November 3, 2008 only to have it pirated by MYTV, Abuja seven months afterwards – precisely, June 2009.

“I discovered this copyright infringement in September of 2009. Known dates of the broadcast were September 24, 2009 and November 11, 2009 on their TV Africa Channel 37. I recorded it on CD, and got my solicitors, K.C. Okolocha and Associates to write MYTV with my findings and claims of damages.

“On the November 30, 2009, my solicitors wrote MYTV. And MYTV sent a shocking reply, asking me to go to the people that sold the Broadcast Right to them, naming Mr. Romanus Ibiam Eze of Romey Bright Production Ltd. and Mr. Godson Uzo Nwosu of Guniks Investment Ltd. I was not comfortable with this because I never sold my Broadcast Right to the named people for MYTV, Abuja. I then proceeded to Nigeria Copyright Commission (NCC) Abuja for settlement or possible prosecution of the matter. The Enforcement Unit of the NCC Abuja headed by Mr. Akeem investigated the matter. At a point in time, MYTV found itself in a straight as all available evidence point at it as the culprit and the first suspect. Then MYTV opted for mediatiation by NCC's arbitration organ CLAMP (Copyright, Litigation, Arbitration and Mediation Programme) in their writing to the Director-General of NCC, Abuja for settlement.

“But surprisingly, in the middle of this journey they walked back to the old path by placing liability on Messrs. Romanus Ibiam Eze and Godson Uzo Nwosu while unceremonious disengaging from CLAMP. They attached a disclaimer to my censorship of the film, Arrows of Love part 1 & 2 with a document in a purpoted NFVCB (Nigerian Film and Video Censors Board) letter-headed paper and presented it as signed by the Censors' Board. Of course, I reported this criminal offence to NFVCB office at Abuja as this is nothing short of forgery and calculated attempt to run from the grip of the law. However, Romanus Eze and Uzo Nwosu in their defenceless defence claimed I sold the Broadcast Right for MYTV Abuja to them, in a court affidavit, they themselves swore to as my appointed agents, But without any Letter of Authority from me. Here, the question that readily calls to mind is, Why Affidavit?

“Romanus and Godson also had a NFVCB paper for my film, Arrows of Love without a covering note from me authorising them to have such paper belonging to me in their possession. In all, therefore, they have no Letter of Authority from me, the producer and copyright owner of the film in question, giving Broadcast Right to MYTV, Abuja. And yet, they look at me in the eyes and tell me I sold the Broadcast Right for MYTV Abuja, to them! Na wah o., Monkey the work, baboon the chop.

This contradicts the provisions of the Nigeria Broadcasting Code (4th Edition, 2006) And I quote, Article 3.1.11. Class B which states: “The broadcast or re-broadcast of any content shall be only with the express permission of the right owner. Piracy is strictly PROHBIBITED” (sic).

“The above statement from NBC (National Broadcasting Commission) Sumarises my case and is my backbone.”