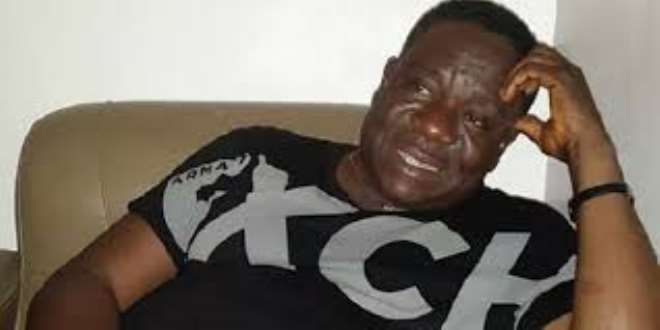 The incident, according to e-NIGERIA, occurred while on his way back from Owerri – the capital of Imo State in Nigeria.

According to a close family source, Ibu was hit by a mysterious stroke shortly after he returned from his recent trip to Owerri in Nigeria.

The source also confirmed that Mr. Ibu is currently being taken care of by an undisclosed traditional doctor and is responding to treatment.

The President of the Actors Guild of Nigeria, Emeka Rollas confirmed the news to media outlets in Nigeria.

He confirmed that the stand-up comedian and actor has truly suffered a stroke but didn’t reveal the impact of the sickness.

“I am aware that Mr. Ibu is truly down with stroke, but he is fast recovering and need more of our prayers right now,” he revealed.

Mr. Ibu’s family is yet to release an official statement on the incident.

The 57-year-old Enugu-born actor is famous for his comics in movies and stand-up comedy.