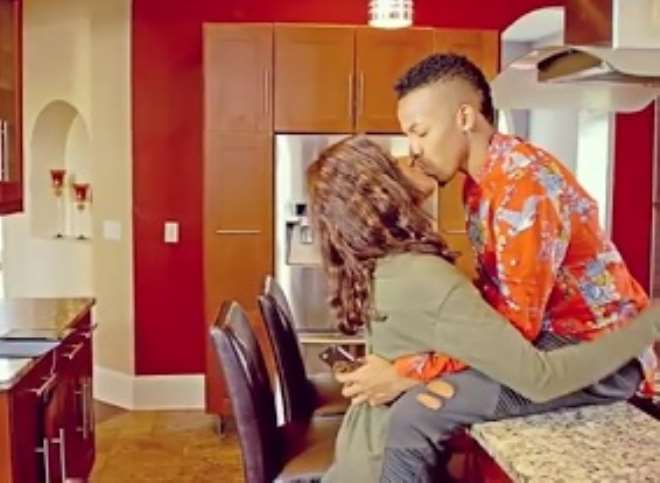 Tekno, who is fondly called Nigerian Chris Brown, has recently being spotted kissing an unknown lady.

This actually happened in the video of his new single which is yet to be released.

Trying his hands on new things, the artiste had a kissing scene in the video, an aspect he has never done in any of his videos.

He has entertained his fans overtime with different hit songs and he is back again, showing no sign of relenting.

The new single is titled 'Where'. The release date of the song is unknown, but we anticipate its release.