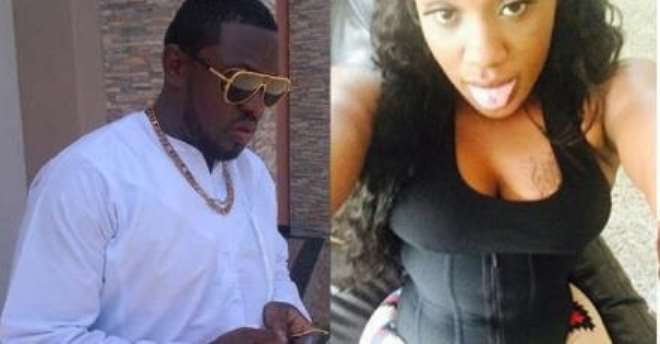 May God help the situation of Nigerian singer, Timaya as his alleged rape saga continues to get messier as the day goes by without any means of getting cold.

The alleged victim of [email protected], Sheila B, is not ready to sleep over the matter as she continues to expose the singer as the situation gets a new turn when she alleged that she got a death threat from the singer recently.

According to the message she shared via her social media handle, it alleged that the singer had sent her a message which reads: “I ain't scared about nothing. But I told my God that I will kill anyone who tries to kill my career. I will look for you no matter how long. Do what you want. I wish you know who you are dealing with.”

She further displayed her police report which she had filed for and expressed that she no longer cares about the singer's children and the baby mama as she is ready to deal with the singer who thinks he is mighty than others.

“You useless fans are only making Timaya situation worse because now I'm getting ticked off and about to say rubbish any innocent party involved! That includes @biblac and those kids I put into consideration to begin with!!!! this is for all you cunts who was saying that I had complementary cards of the police that I never filed the police report, that I never went to the hospital well I just got my police report a police report takes 5 to 7 business days from the day you filed it! It happened on Sunday I filed it on Sunday!! look at the date reported!!! I was in the hospital for over 7 hours while this monster was performing after he took advantage of me and threatened my life!! Now I have the report I cannot release the details in the report because it's confidential and tomorrow I will be picking up my other police report for the terroristic threats he made to take my life. I'm sick and tired of this shit! I'm sick of people taking advantage because they feel like they're somewhat higher than others this is American soil you can't do as you like and get away with it! And for those wondering I do have a lawyer and he said I can write and post whatever I want because I did nothing wrong so I have nothing to worry about you on the other hand Timaya ok! No means no #you can't take a life you didn't create Timaya please keep talking Timaya fans, I gat a half a [email protected] left to give,” she wrote. 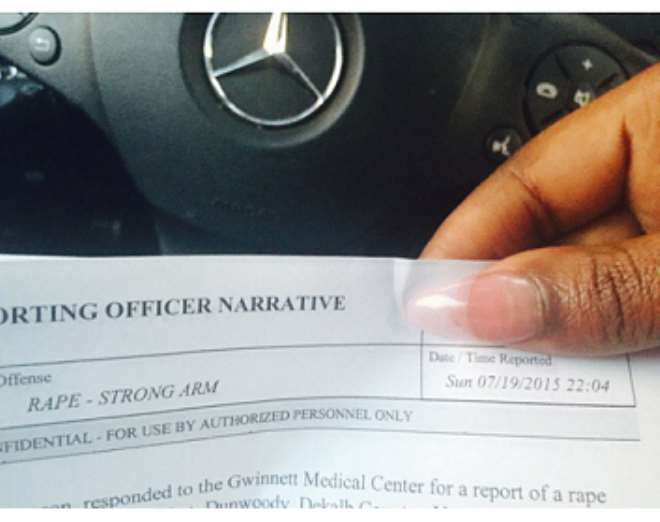 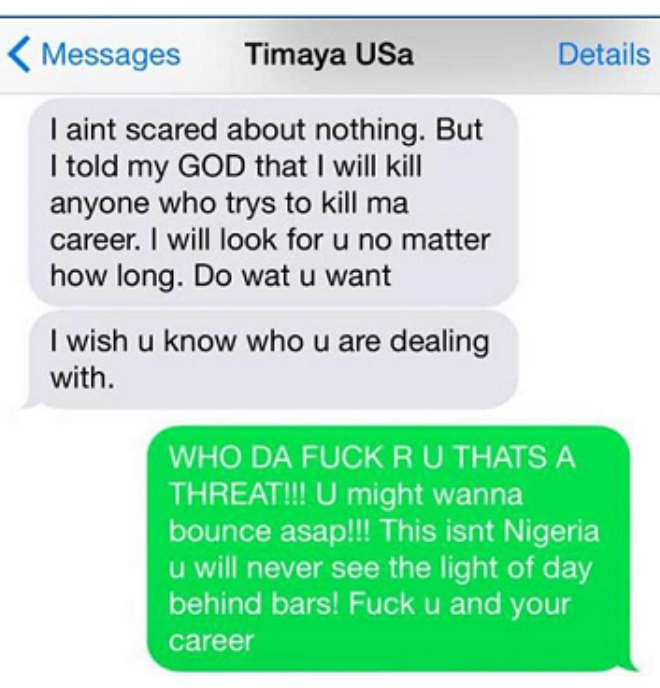