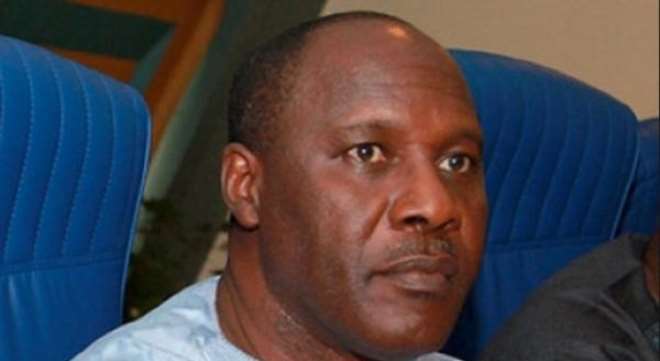 The national agent of the Peoples Democratic Party at the presidential election collation centre of INEC in Abuja, Elder Godsdey Orubebe, on Tuesday, disrupted the announcements of the results.

Shouting on top of his voice and calling the INEC Chairman, Prof Attahiru Jega some unprintable names, Orubebe, a former Minister of Niger Delta Affairs, alleged Jega of taking sides in the election. He said Jega is showing support for the All Progressives Congress (APC).

"You sent a committee to Rivers to probe what happened there. We submitted petitions to you about Kano, Jigawa, Katsina but you have not done anything about our complaints. You cannot continue with these results; we will not take it," Orubebe said.

When the INEC Chairman attempted to continue with the announcement of the results, the former Minister shouted him down and said, "Mr. Jega, You cannot continue, go to your office."

Orubebe initially stopped the announcement of results from Collation Officer of Ebonyi State, Prof. Michael Amalekwu, which was later continued.

Reacting to his allegations, a calm Jega rebuked Orubebe for his public conduct as a former Minister and denied giving the election results to the APC.

THE ANNOUNCEMENT HAS RESUMED AFTER A SHORT BREAK