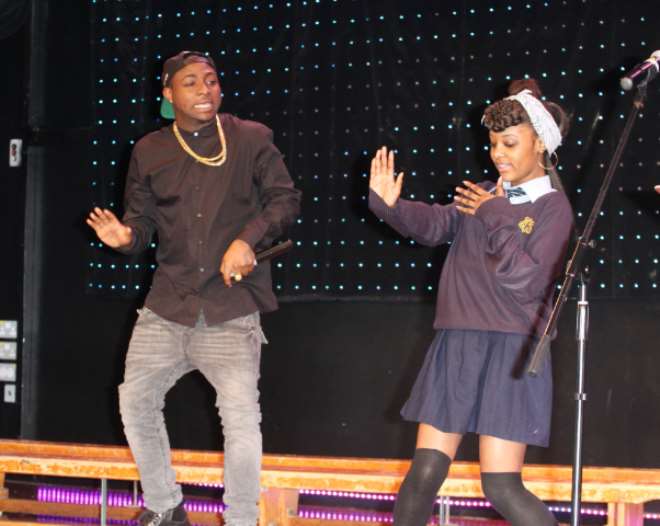 'Omo Baba Olowo' and HKN artiste, David 'Davido' Adeleke, has disclosed that he would launch his 'Skelewu' album on the 17th of March, 2014, in the United Kingdom.

Davido gave this hint during a live television show 'LiveATBattersea' which was aired around the world and anchored by Adesope Olajide.

Recently, the artiste has been on a UK tour, trilling his fans with his songs. It would be recalled that Davido had just released a new single this year titled 'Aye', in which he had to divert from the normal hip hop style of music to a rural high life genre of music.

PICTURES: Omotola Tweets: I Fell Face Flat At The Airport