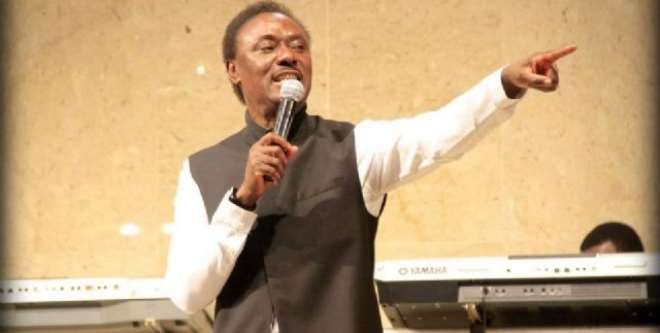 Chris Okotie and his former keyboardist engage in a brawl.

An upset magistrate at the Ikeja Magistrate Court, Lagos, on Thursday dispatched a former keyboardist of the Household of God Church, Dafiaghor Okiotor, to prison for contempt of court.

The magistrate, Oshodi Makanjuola, while accusing Mr. Okiotor of flouting her directives to desist from posting the court proceedings on social media; also announced that she is withdrawing from the case.

“One is saying: Countdown to Reverend Okotie suit, let us find out if Okotie is too big to come to court.

“The other says: Hallelujah! Okotie Chris gets a dubious judgment…,” the magistrate read from the papers.

Ms. Makanjuola called in the police to take Mr. Okiotor out of the court despite the defendant's plea that she hears his own side of the story.

“I don't want to hear anything from you. A matter that is still subjudice before me,” said the furious magistrate.

“I hereby disengage myself from the case. The case file should be sent to the chief magistrate for re-assignment to another magistrate,” she added.

Mr. Okiotor, 40, is facing a three count charge including threatening and preventing Mr. Okotie, the General Overseer of the church, from preaching to his congregation as well as conducting himself in a manner capable of breaching public peace.

At the last sitting, Mr. Dopamu raised the same “concerns” but the magistrate described it as mere “hearsay.”

“I'm not aware of anything being written by anybody,” Ms. Makanjuola had said.

Also, an earlier effort by Mr. Okiotor's lawyer, Robert Igbinedion, to get the court to issue witness summons on Mr. Okotie was turned down by the magistrate.

Mr. Igbinedion had tried to convince the court to invite Mr. Okotie to come and present the church's CCTV recordings on July 10 and 15, 2012, the days the defendant was accused of assaulting the “man of God.”