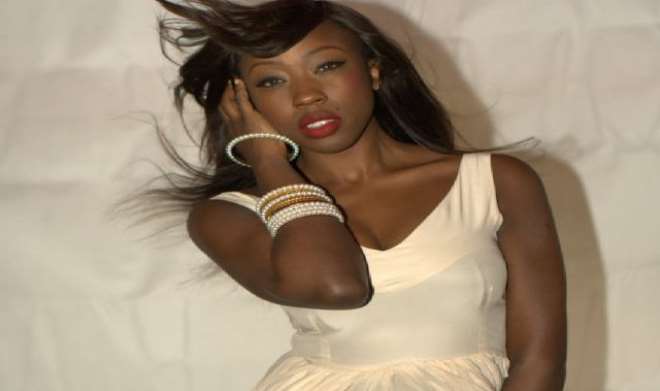 Showcases the exclusive world of some of the hot and new faces in the industry who are strategically taking over.

These fresh faces are not only young but also very hot, pretty, sexy and talented.

With their daring and uncanny roles in reigning movies, they are gradually and stylishly occupying the front rows in Nollywood flicks.

Check their names out below and comment on how well they have been performing in the make-believe world. 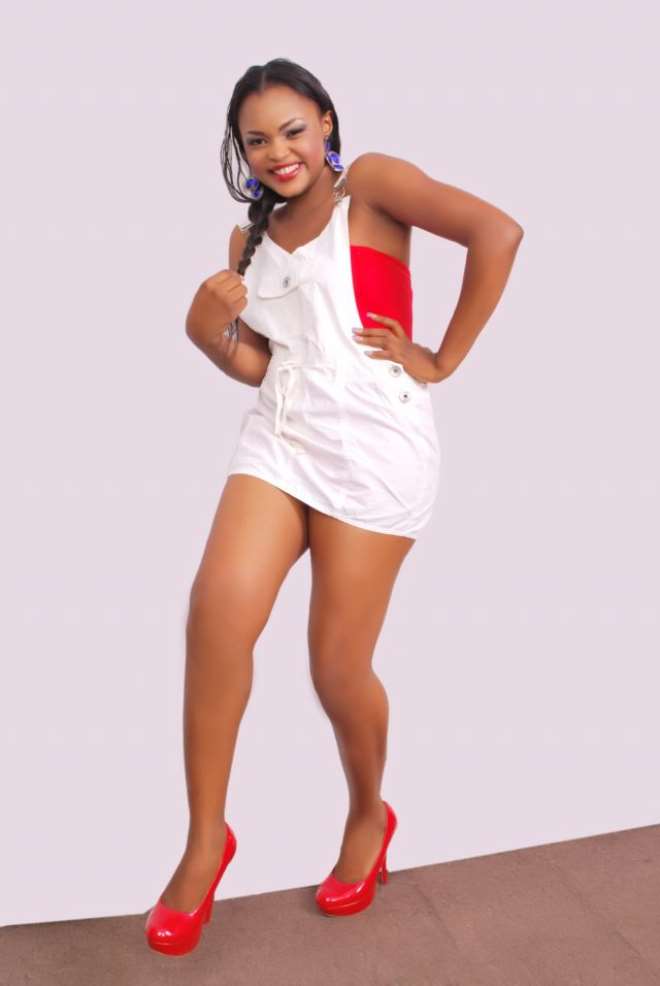 Many believe that her pretty face and well-shaped backside are reasons producers lurk around her with movie roles. But whatever the reason, the Anambra state-born fast rising actress is indeed hot and gradually carving a niche for herself in the industry. She has dazzled in many flicks including, Raindrop, Two Can Play That Game, Amaka Mustapha, Strength of a Woman, Blue Blood, among others 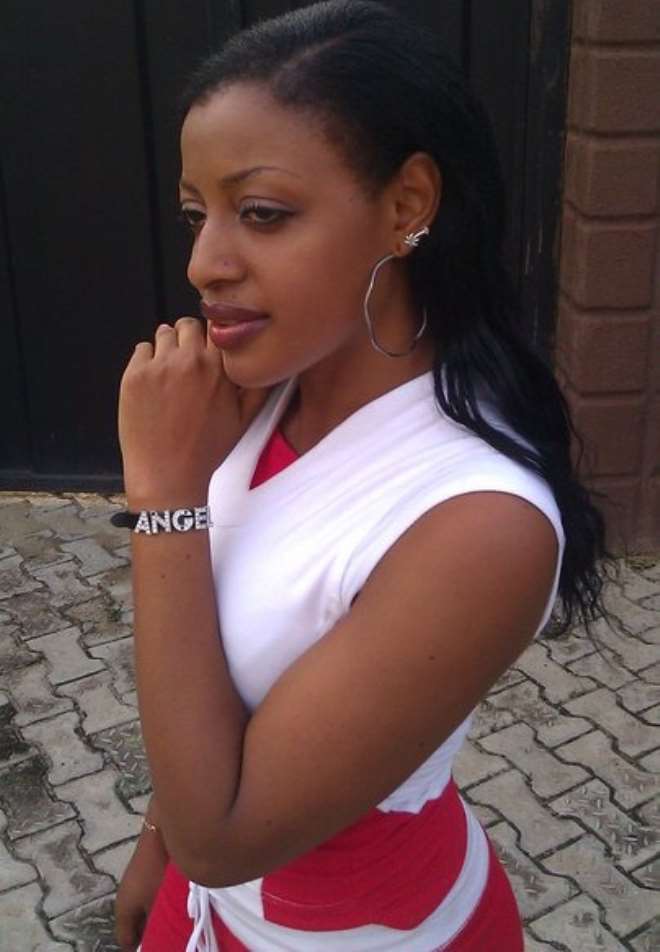 Since her arrival barely a year ago in the highly competitive Nollywood, the sexy starlet from Delta State, is also becoming the darling of leading filmmakers. The pretty and cerebral Cambridge trained lawyer, has featured in a number of blockbusters including the already wave making and yet to be released movie-Dr. Bello. With a knack for flawless roles interpretations, the soft-spoken Ufuoma will indeed go far. 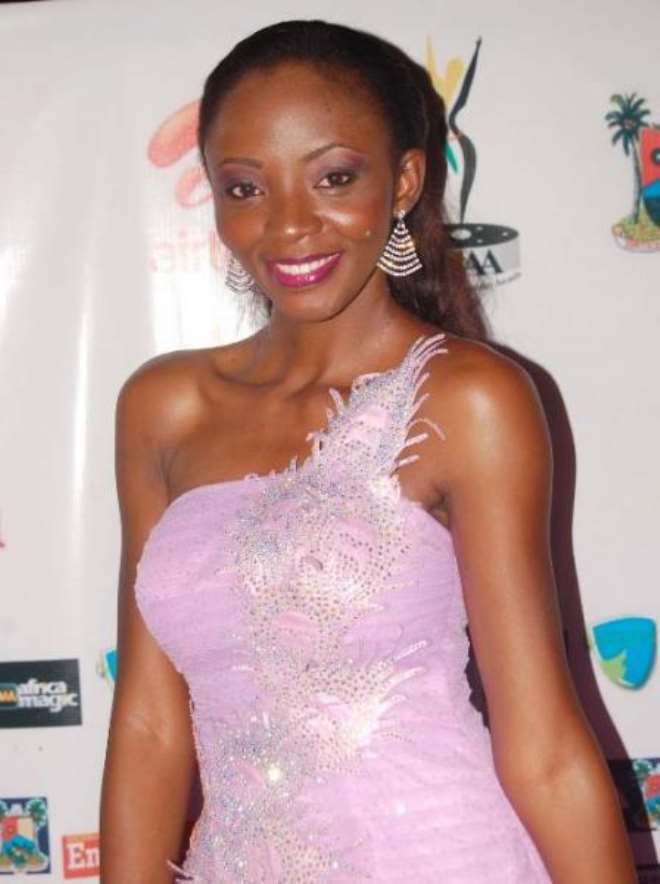 “I am not going to fade soon; I am going to be around for a very long time. Anybody waiting for me to fade soon is wasting his or her time waiting”. That was the recent outburst from the Economics graduate of the University of Abuja and AMBO season four winner.

The Delta State-born starlet who is playfully referred to as 'Little Genevieve' due to their striking resemblance proved her mettle with her first role in Alero's Symphony, alongside popular R&B star Faze, which won her AMAA 2012 Award for Best Promising Actress. 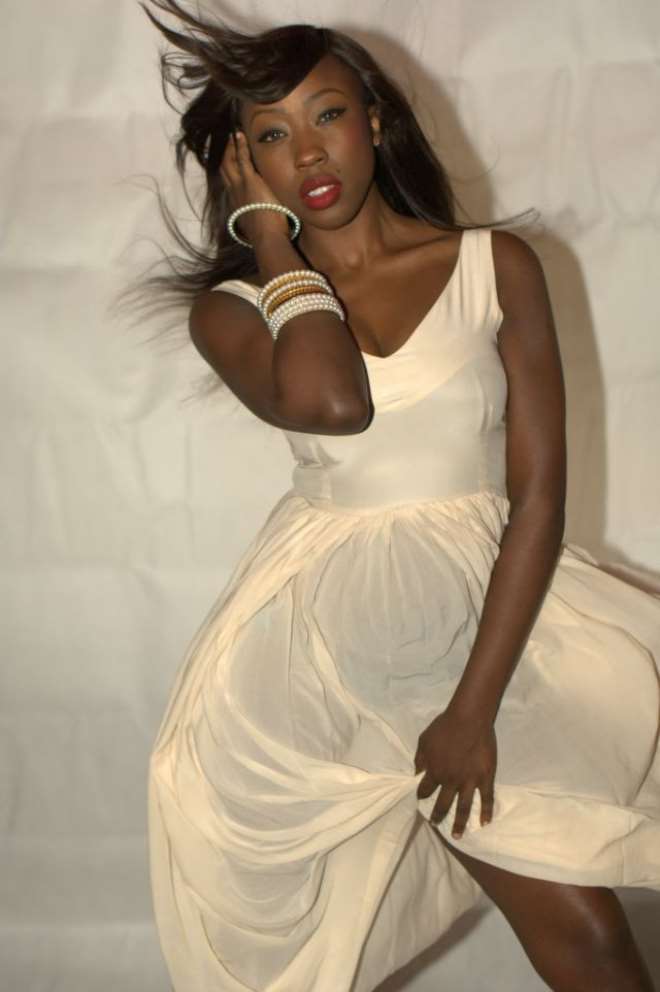 In 2010 when Beverly carted home the award of 'Most Promising Talent' at the Best of Nollywood Awards, movie buffs began to see her as one who has come to stay. As if proving her admires right, she further emerged as 'Fast Rising Actress' at the City People's Awards 2011, after which her career has remained on a steady rise.

With this feat, the UK returnee young actress who embraced Nollywood in 2008 with her first amazing role in a hit movie entitled Home In Exile, is no doubt among the latest sensastions in the industry. Other movies where she has displayed her acting prowess include, The Stripped, Weekend Getaway, Up Creek Without A Paddle, Alan Poza, Make Me a Heart' and numerous others.

The only child of her parents who lived most of her life in London relocated to Nigeria about three years ago, to pursue her passion for acting. Beverly who studied Film Making and Script Writing at Rodhampton University in London was once rumoured to be in a sizzling romance with Desmond Elliot. Months later, she was alleged to have switched over to Uti Nwachukwu, a romance close observers believe is still ongoing. 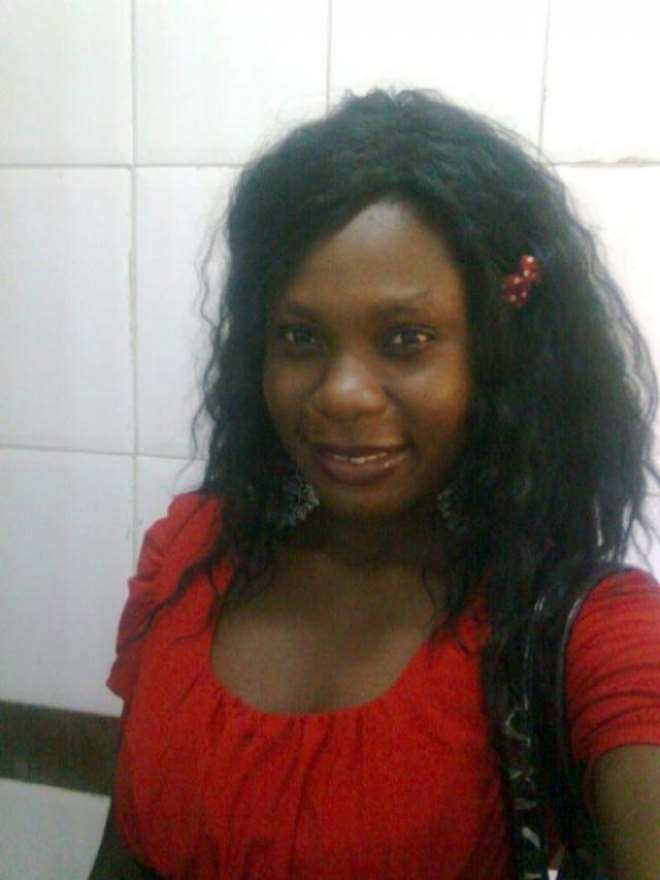 When she hugged the klieg light with her daring and very challenging lead role in a hit flick entitled Samantha, her impressively scintillating roles interpretation immediately stood her out in the league of fast rising actresses in Nollywood.

Having starred in so many movies including Common Ground, Twisted Union, Beauty, Painful Sin, Motive for Murder, among others, the Adamawa state-born actress is currently the toast of many producers, as she is currently shuttling different states and countries with filmmakers, who see her as the next biggest thing in Nollywood. Despite her recent giant strides, the sexy and humble actress who came fifth in the third edition of AMBO is not resting on her oars. “I still have a long way to go. My eyes have always been on the top because I dream big. I believe I have the potentials to storm Hollywood and act with the best in the industry”, she declares.

Amazingly, the Master's Degree holder in Human Resources Management from the London Metropolitan University, has been nominated as 'Best Upcoming Actress' in the forthcoming ZAFAA Awards billed to hold in London soon, at the prestigious Hilton Park Lane Hotel, London. 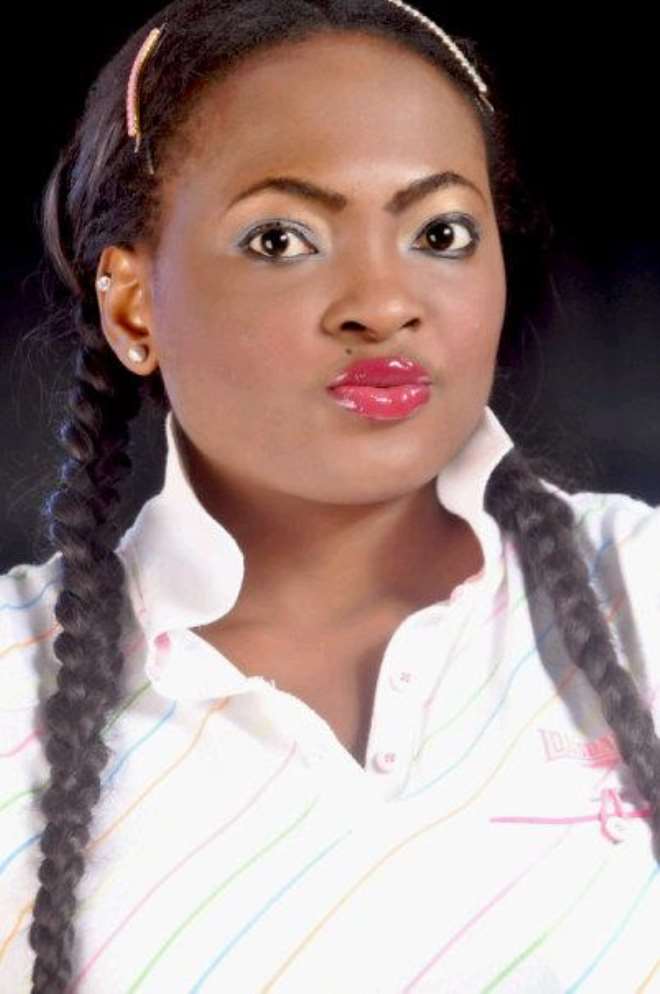 Anambra State-born Ihemelu is also a shining star among her peers as made apparent in her roles in quite a number of movies and soaps including, Desire, When You Are Mine, Confidential Romance, Faithful Betrayal, Kolomental, Clinic Matters, among others.

The History and international Relations graduate of Lagos State University, whose career started in 2007, has continuously upped her game and is currently dazzling home video viewers in both movies and soap operas, especially Clinic Matters, which is currently the delight of many lovers of soap operas. 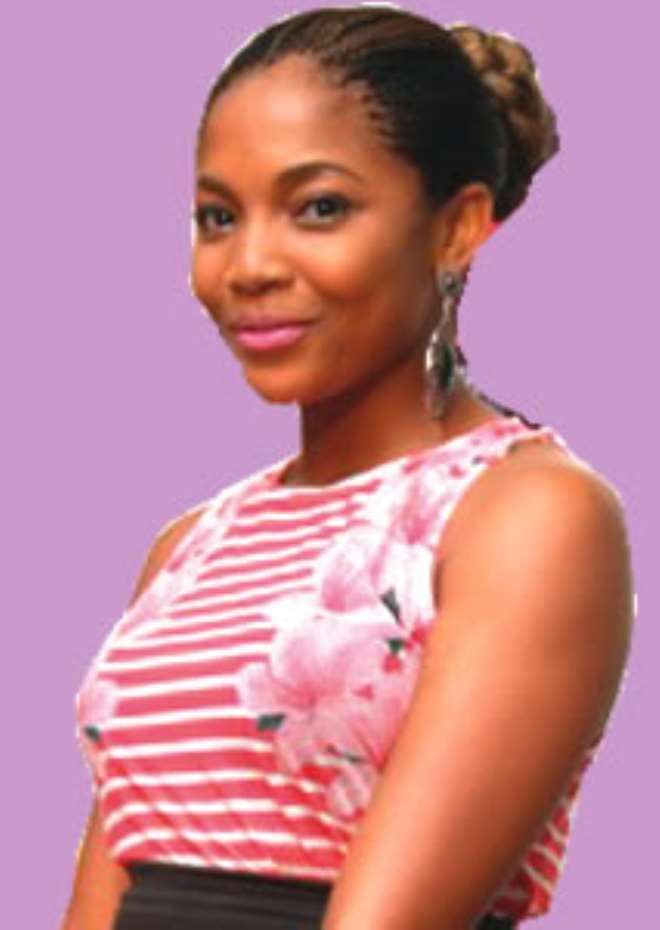 She proved herself to the world as an actress to reckon with in her first movie entitled, Silent Scandals. Surprisingly, her amazing performance earned her an AMAA (Africa Movie Academy Awards) nomination in the same year, 2009. Expectedly, she went on to win the award the following year as the 'Most Promising Actress', AMAA 2010. She also won 'Best Upcoming Actress', ZAFAA Awards 2010. In the same year, she bagged the 'Revelation of the Year', from the Best of Nollywood Awards.

With an aura of self-confidence and maturity around her, Eze who easily strikes one as someone ready to take on the world was born in Kano, grew up in Kano, and had her Primary and Secondary Education in Kano. Among other hit movies to her credit, the English Language graduate of University Maiduguri featured in Two Brides and a Baby, Twist, Timeless Passions, Hood Rush and others. 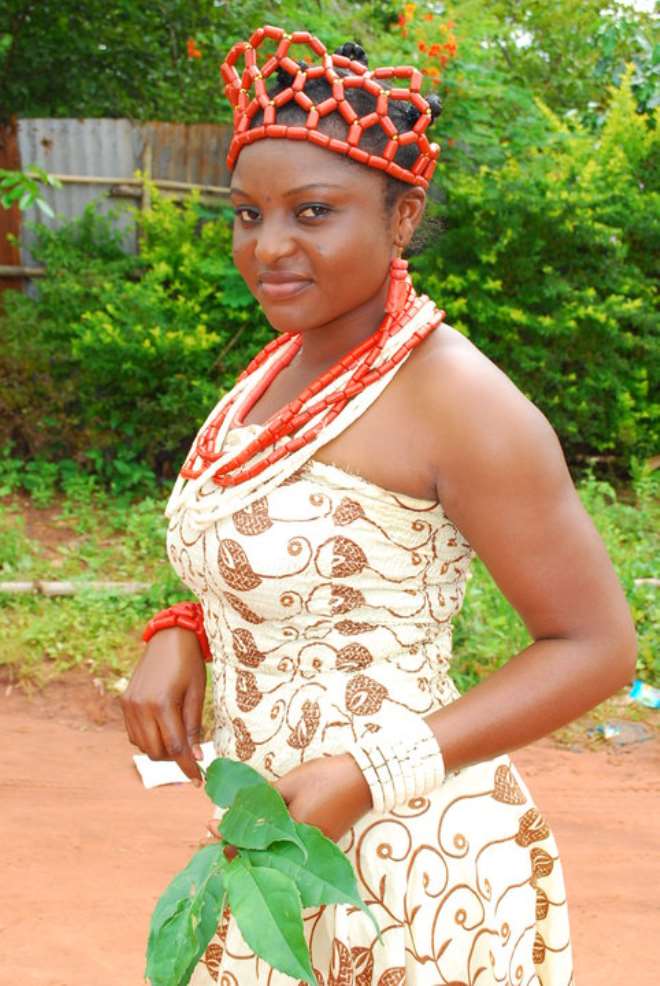 Since she stepped into showbiz, the Otukpo, Benue State-born Pamela has continued to dazzle in both English and indigenous hit flicks which have earned her a lot of award nominations. Pamela who also produced Ozuofia in Brazil combines acting alongside production, as she is gradually gaining relevance in the make-believe-world.

Busty and beautiful Agatha is unarguably one of the hottest starlets tantalising Nollywood with abundant skills and endowments. Apart from her sexy eyes and endearing physique, the star actress of Dream Walker, Transformer, Akpati, among others belongs to the school of thought that says: “If you have it, flaunt it!” Most importantly, she doesn't pretend that she got boobs and sexy eyes to flaunt.

For this beauty and sex appealing nature, the Anambra State-born Management Science graduate of University of Nigeria, Enugu Campus, has always been a fantasy to most men. Besides, she has a smile that can awaken a dormant horse and soften the hardest heart.

With this hard-to-disguise beauty, sound education, marvelous roles interpretation ability and her obvious humble nature, many believe she will soon become the hottest item on screen, as she is gradually riding on the back of respected Nollywood producer- Ifeanyi Ezekwe-to fame.

Barely a year in Nollywood, the Anambra State-born Chinee is also becoming the toast of many producers and directors because of the way she interprets roles, especially wacky ones. She says: “I'm very daring when it comes to interpreting movie roles. I go out of my way to assume that role and execute it to the best of my ability”.

At a close encounter with the multi-talented Wumi, what comes to the mind of a movie-buff is that she is pretty, sexy and daring. With a model-like physique, outspokenness and uncanny knack for roles interpretation, Wumi who hails from Ondo State and studied Economics from the Lagos State University, is indeed a star to watch out for as she is currently dazzling Nollywood. “I have a passion for acting, and I believe I have a lot to offer the industry”, the fair-skinned, soft-spoken and fast rising actress who is currently producing her debut movie-Iyagbajumo-stated. Wumi is also a model that has done several high profile jobs for many multinational organizations.

DON'T CALL ME BY SUCH NAMES---ACTOR NONSO DIOBI WARNS LOVER 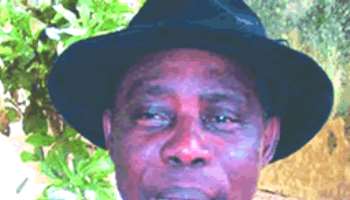 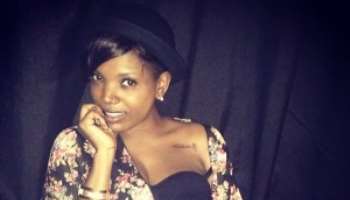 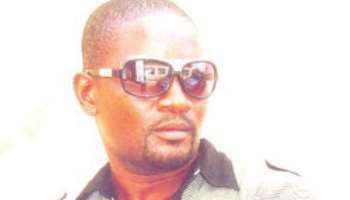 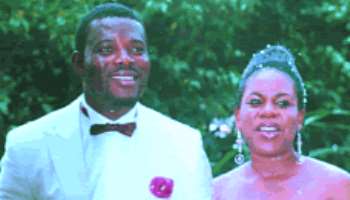 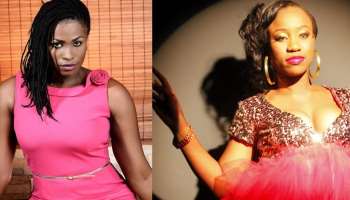 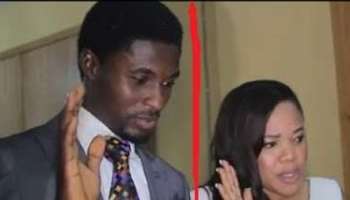 Please Leave My Past as Past- Adeniyi Johnson 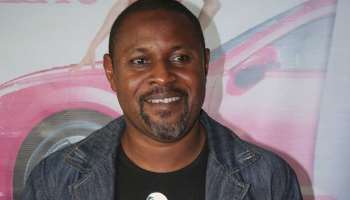 Saidi Balogun Reveals Why Actresses Have Godfathers And Sugar Daddies 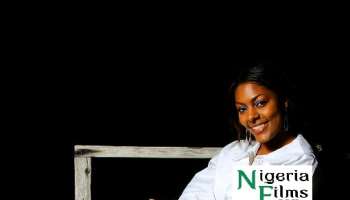 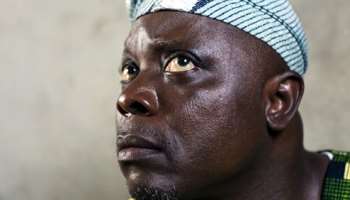 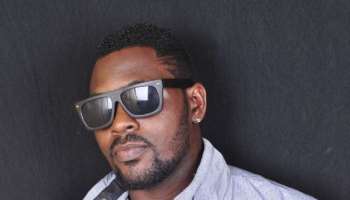 Raymond Fix;Another Music Star In The Making Out With 'Oyibobo' 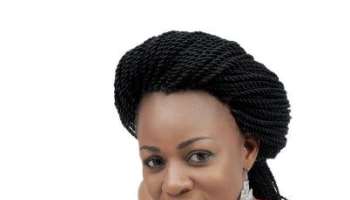 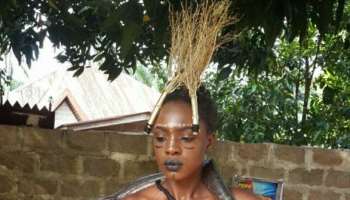