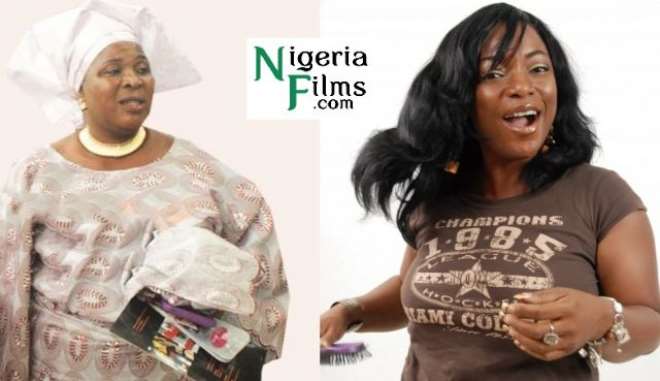 Remember we told you about the Nollywood actress, Bimbo Akintola who is still single at 42 and said she wouldn't rush into any marriage because of whatever society believes.
READ IT HERE

In contrary, Madam Saje, a Veteran who has done well for herself maritally and career wise has just responded to that Bimbo's opinion.

"As a human being and an elderly woman in marriage, I will advise them to be sure they are really ready for marriage before going into it. This is very important. We all want to get married at some point in life. And for women, the society, in a way, has an age bracket within which you must get married.

As you are drawing nearer, the anxiety rises and as soon as you cross over that margin, you begin to consider yourself a failure. Many, because of this have allowed themselves to be pushed or forced into the arms of wrong spouses and that ruins their marriages."

She also said, "others look at the lives of their friends and ended up choosing wrongly. It is not good to copy others. Couples should endeavour to be mature enough before getting married, they must be convinced that their spouses are just what they want and they must realise that marriage is not a bed of roses. Many married people today have their tales of woes but because they are enduring, they have lasted this far.

They must be ready to overlook the faults of their partners knowing well that they are not perfect themselves. Good understanding of the peculiarities of a spouse's job is another factor to be considered carefully. In short, marriage is an institution for adults and the mature."