MY KIDS ARE IMPORTANT THAN NOLLYWOOD--STELLA DAMASUS 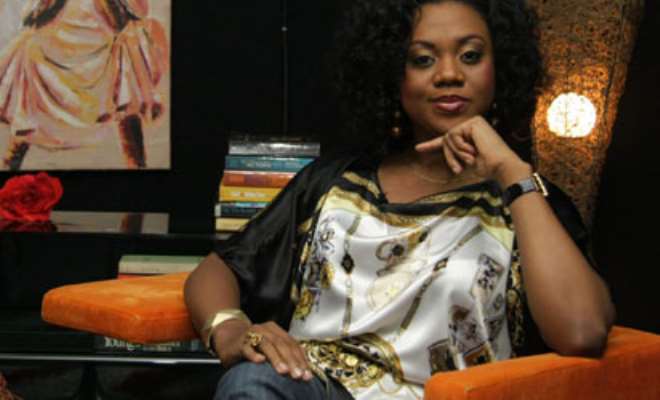 She is one of Nollywoods' diva. Stella Damasus has over the years been relevant in the movie industry, making the fans happy with her brilliant appearance in over 100 movies. Stella took time out at the induction into the Hall of Fame of some colleagues to speak of her aspirations personally and professionally.

What do you remember anytime you are asked about your childhood?

I had a very simple childhood. I was born in the former Bendel State now called Edo State. I grew up there with my parents after which we moved to Asaba for my schooling. There I started singing in studios, and then I switched over to bands. It was around that time I got my first movie role. That was almost 17 years ago. Ever since that time, there was no turning back and here I am today. Presently I am doing quite well. I am consistent though I might not be appearing in every movie that comes out. I have remained relevant in the scheme of things as far as the Nigerian entertainment industry is concerned. The past 17 years for me had been very remarkable and memorable.

Did you actually have it smooth especially with your peculiar background as a daughter of a Benin chief?

Well, it wasn't that cheap. My father was not happy and didn't speak to me for theree years because of that choice. And I don't really blame him afterwards. As the daughter of a traditional Benin chief, I am not supposed to be in the public eye and this is actually what acting is all about. He actually explained this, but I had to fulfill the urge in me too. I had fallen in love with the job and was ready to give up anything for the course. So, I continued in spite of all these, but we are back on track now.

Please describe your personality in a few words?

I am a very simple person. I work hard. I am an entertainer, a producer. Recently I became a teacher. I see myself as a very productive person. I like to be useful wherever I am. I support anything that has to do with women especially young girls. That's about the simplicity in me.

Why acting when there are other careers?

For me acting comes naturally. I actually wanted to be a singer, but interestingly now I do both. I sing and I act. I have a recording company that I run at present. I run a show also. I also run a foundation, the Stella Damasus School of arts that runs courses for acting and singing. My first set of students has already graduated while the second is about undergoing auditioning. I am also an ambassador for Africa Alert and also engage in many other international projects.

What is the show all about?

Do you think women have been given enough partnership roles in the growth of the industry?

Before, we were partners, but now I think we are at the fore front. You can talk today about women like Emem Isong, Ini Edo, Omotola Jalade and Monalisa Chinda who have decided to produce their own movies themselves. We are becoming very strong and powerful. Our voices are becoming heard as far as the industry news is concerned. A lot of us are even taking active interests in the politics of the Actors Guild of Nigeria, (AGN).

We are being recognised abroad while many of us are presently ambassadors of various organisations corporate and otherwise. We are being invited to different fora to discuss African arts and how it affects the global world and women in particular. We are grooming more women and with the support that the industry is giving us, I think the sky is our limit. Nowadays many of us have left core acting and have delved into fields like cinematography and directing films. We are building a new crop of young, energetic and focused women who are going to take over the industry soon.

How have you been able to combine motherhood and work?

The answer is in right prioritisation. You have to decide what is important to you at every point in time and do it appropriately. God has given me so many talents. He has also blessed me with kids so He should help me to manage both so that none suffers. My first child will be 13 in August, the second will be 12 in August also. You know of course that when they are at their teenage years, you have to spend more time with them whether you like it or not, because this is their formative years and they need parental guidance. If you notice you will find out that I have taken a few steps backward in my profession and in travelling in the past few years due to the fact that I needed to spend more time with them.

I have stopped most of these travelling and engagements, because I know my children need me and I need to be there for them even at the cost of some of my personal ambitions. It is a matter of priority as I said and timing of course. For now my children are more important for me right now so I am spending ample time with them.

Do you think that there is any room for improvement as far as Nollywood is concerned?

Of course there is room for improvement. In every sector of our life there is always room for improvement. There are rooms for progress in the power sector and the economic sector and every other area of national life. If all these crucial sectors improve it will rub off positively on the entertainment sector. The entertainment industry is always growing.

What is your immediate aspiration for the next five years professionally and personally?

Only God knows. And only He can tell. But this is what I can tell you. I would have impacted a lot of knowledge in so many youths. That is essentially what my foundation is doing. I travel a bit to actualise this. Last year I was in Cameroon as part of activities to train these youths. I did a free training seminar for them and after that shot a film in which I made use talents I found amongst them. The film is being edited at present. By the time it comes out, people will be encouraged to take such steps in the future. I have a similar project that I will soon embark upon in the Gambia. In the next five years I want to believe that I would have gone through half of Africa impacting youths positively and encouraging them in my own way. I want to teach them how to depend on themselves rather than on others especially those that possess unique talents that are untapped. I would like to teach these youths how to 'fish' rather than giving them 'fish' to eat as the saying goes.

What defines you philosophically?

Staying focused and doing a lot of hard work. There is a lot of temptation especially with the kind of work we do, but if you remain focused you will excel where others fail. No matter how difficult things may be, stay focused, do your best and at the end, you will be the best for it.

What are your views about the upcoming AGN elections and why did you drop out of the Public Relations officer's position?

I cannot talk about politics. I do not really want to comment on it. Just let it be, if I tell you otherwise then I will not be truthful to you.

Is there anything that you feel Nigerians don't know about Stella?

A lot of people won't believe that I am a very shy person. When I tell people I am shy they would ask how I have been managing to stay in the front of camera. I am shy and I usually tell them that it is easier in front of the camera than in front of people