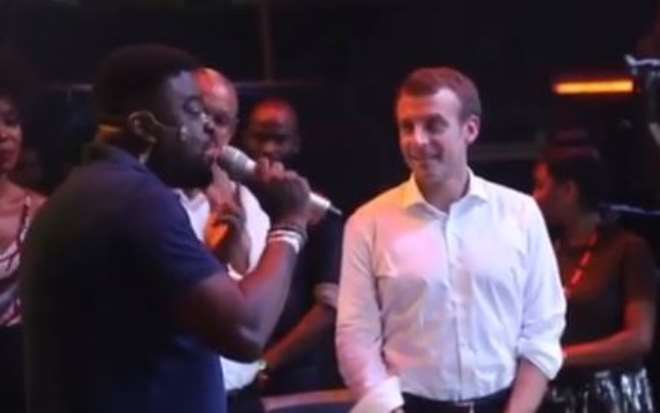 Nollywood actor and producer, Kunle Afolayan, was one of the major player who led a team of some of his colleagues to the stage during the visit of France Presidents, Emmanuel Macron, to Nigeria.

A play was done at the Afrika Shrine, where the President Macron, took part to show that he is a lover of art and great talents seeing how entertainment can add value to an economy.

According to Kunle Afolayan, “The visit of President Emmanuel Macron of France to the Afrika Shrine on Tuesday was laden with memories of cultural interactions with the different segments of the creative industry. Nollywood took its own spot on the stage with the vibrant visitor playing a part in a skit that expresses the true character of the Nigerian motion picture industry by injecting comics in educative and informative subject matters.”