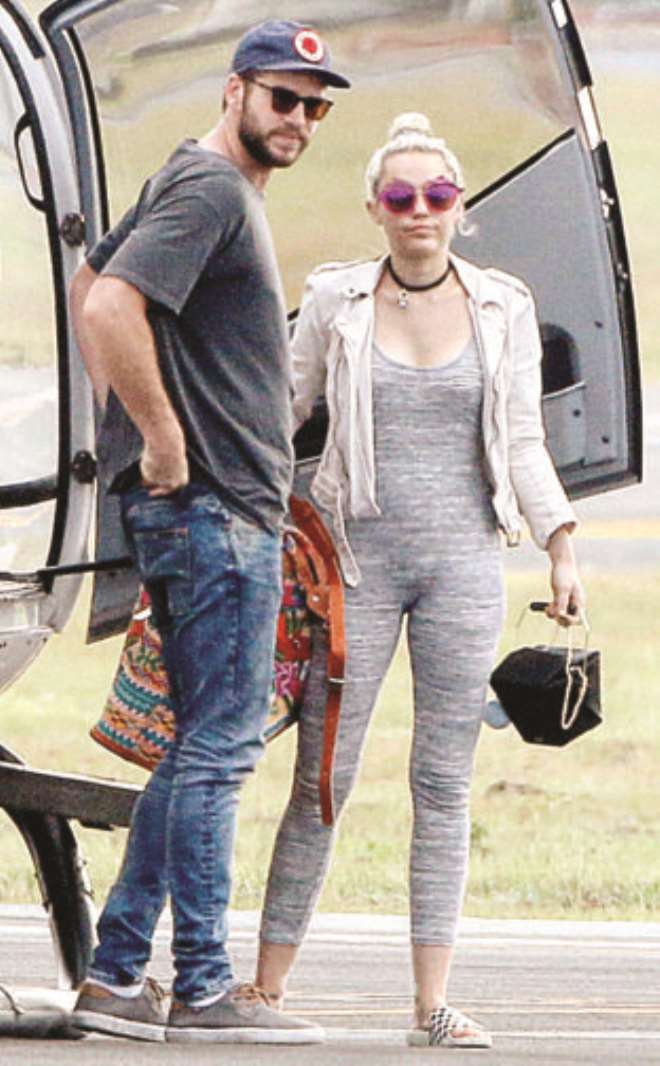 By Iyabo Aina
Miley Cyrus has reportedly cancelled her wedding plans with Liam Hemsworth, as the two cannot get along with each other's extreme personalities.

The development comes just weeks after the Wrecking Ball hit-maker was spotted without an engagement ring that she has flaunted on numerous occasions. “He   can't keep up with her,” an insider told Life & Style magazine, “and she's been finding life with him to be a snoozefest”. Miley Cyrus and Liam Hemsworth

Besides their “contradictory personalities”, the couple reportedly had a fight over Cyrus' alleged habit of smoking marijuana, which left the songstress in tears.

“She was screaming at him, telling him he was holding her back and making her hide who she truly is,” another source told the celebrity news website.

Recall that this is not the first time the couple has been involved in a tiff over the 23-year-old singer's alleged indulgence in marijuana. In March, the couple reportedly had a huge fight over the same issue.

Also, recall that the two started dating after meeting on the sets of The Last Song in 2009 and got engaged in 2012. They split in 2013 and reignited their romance in December 2015.