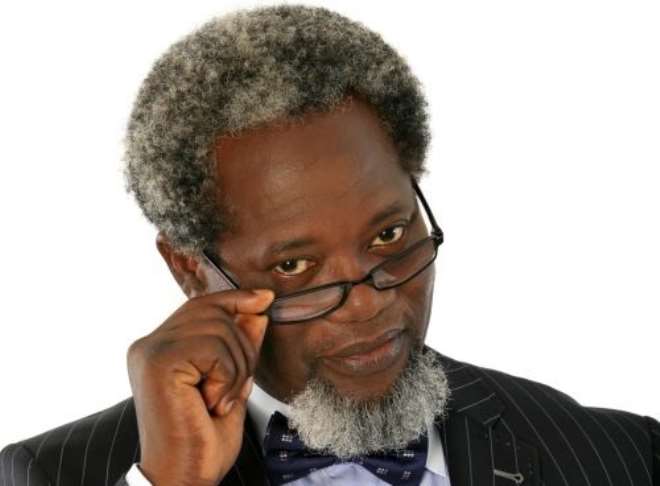 He came, he saw and he conquered, that's the story of Tinsel star actor, Victor Olaotun who has seen the good, bad and ugly side of life during his sojourn in America before he later found his way back to Nigeria with just $100.

Aside the trauma he went through when he had issues of papers in the US, Olaotun also had a bitter experience in his first marriage. According to him, after living like a big man abroad, he came back to Nigeria with only $100 in your pocket and that was the worse moments of his live.

It was one of the darkest moments of my life. Also coming home to find out that my mother was dead was one of the saddest moments in my life. She died some months before I came home."
Recalling the days of his youth when women were frolicking around him, the veteran actor said he lived life then to the fullest.

"It is often said that what depicts success is when you are young, handsome and rich. A lot of women look for that. For security reasons, they want a man that can take care of them and it is always a plus if he is young. I was in that category and the ladies were always around me at that time. I had girlfriends; I dated white ladies and African Americans too. I eventually got married to an African American for about 17 years and we divorced in 1998. When I got home, I met my long time sweetheart whom I got married to and we are together till date."

Painfully, he didn't get all he had wanted as a married man. Topping it all, he never knew his wife of 17-years had lost her womb and can't bear him any child.

"My uncle was very angry with me when I told him about the divorce. My wife did not have a child and I was a young man that wanted children. I waited for about 10 years only for us to discover that she had a problem because her father had done something to her.

When she was younger, she got pregnant and he kicked her in the stomach and in the process, her womb got damaged. I could not continue to 'waste' my life. By the time we were divorced, I was in my forties and when I came back to Nigeria, I was fifty years old. So I got married to my current wife who was also of age. I met her when she was about 20 years old and by the time we got married, she was 35 years old. We have three children today.

When I met her, I was surprised to find out that she was single. Shortly after my divorce, we began dating and I always told her that I was going to get married to her but she didn't believe it. Unfortunately, we lost contact for about eight years. I believed she had moved on.

When I came back home, one of her siblings saw me and told me that she was still single and living in the same apartment she used to back when we were together. So I went to pay her a surprise visit. When we began dating, she told me that since we separated, she had promised herself that she would never date anybody again except she was sure he was going to be her husband. She became a born again Christian and a celibate. She said that she did not care if she met her husband when she was 60 years old. We dated for about six months before we got married," he squealed.