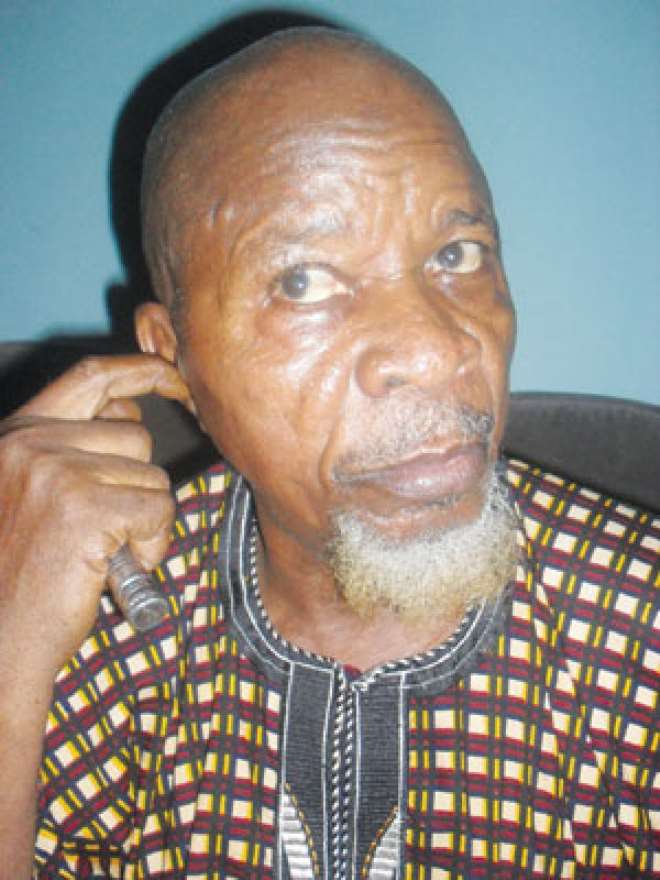 Charles Sanyaolu famously known as Baba Agbako was prominent on the scene of Yoruba movies decades ago. He acted in Yoruba Movies and usually given the role of ritualist which was his best because he interpreted such role properly.

His active involvement in Yoruba movie strengthens the industry to the level of total acceptance. Despite his antecedent in the world of drama, the one time best actor, strive to earn a living which made him disappear from the scene as no one cares of his welfare.

His recent encountered with synagogue where he was given the sum of Five Hundred Thousand Naira (N500, 000.00) make him lively again after he survived all the odds of the past.

Charles Olumo Agbako has concluded plans to celebrate his 84yrs birthday in grand styles. The planned birthday bash billed to celebrate, showcase and achievements recorded by the sage actor.

The legendry actor claimed that at 84yrs, he still actively involve in stage play and home video. He passionately advice the young generation movie star to imbibe patience and uprights attitude in career as a major key to success.

The Baba Actor explained that his strength lies in God and local herbs used on daily basis which gives him a healthy life.

The Ogun State based veteran actor made it known that the diluted vocals he usually speaks in movie were formed to entertain his teaming fans.