Zahra Buhari, one of the daughters of President Muhammadu Buhari, gained prominence before her father emerged winner of the March 28, 2015 presidential election.

Her beauty was what attracted many to her when her photographs surfaced on the internet. It caused a frenzy on Twitter then.

In a recent interview with The Amba Imprint, Zahra said despite her present position as the President's daughter, she has not changed.

“It (her life) hasn't changed so much, just that we are restricted from doing so many thing because of security precautions and we see our dad less, that has really changed! Changing where you live, that's the biggest change.

READ ALSO:I've Faced Heartbreaks 'Cos Of My Skin Colour—Juliet Ibrahim

“Moving from a flat in Guildford and then moving out from our house in Kaduna and Abuja then the way there are more people around that you're not familiar with. So, having to be more diplomatic about many things,” she said in the interview.

She added, “I have been changing numbers so people can't really get me and the second thing is, not too many people know me personally. The problem comes up once in a while, when people now want to be closer to you but you just have to do what you have to do.”

Speaking on how she felt when her photographs flooded the internet some months ago, Zahra said, “Some people thought I was the one who gave the pictures out but I did not even know it happened.

“I was in my room, just before I went for yoga that evening and I got messaged with a link to a blog so I looked through it and I felt no one would care about it so when I was through with my yoga, I opened my phone and messages, missed calls and so many followers on twitter came through and I was wondering what was happening.

“All my friends were calling me to look at it. It was a crazy time and it is something you don't expect at all and then right after it happened, my first prayer was 'Oh God, help me help people with this fame that I have right now' so that's how I became an ambassador I guess.”

She further said, “I was getting too much attention and naturally I do not like attention like that. I would always try to quietly do my thing but then I realized that anything I said was a topic and that was exam period, there was a lot of stress and I just didn't want any of that and obviously there were a lot of comments –good and bad and so I was just like maybe it's time to step out of this for some time.” 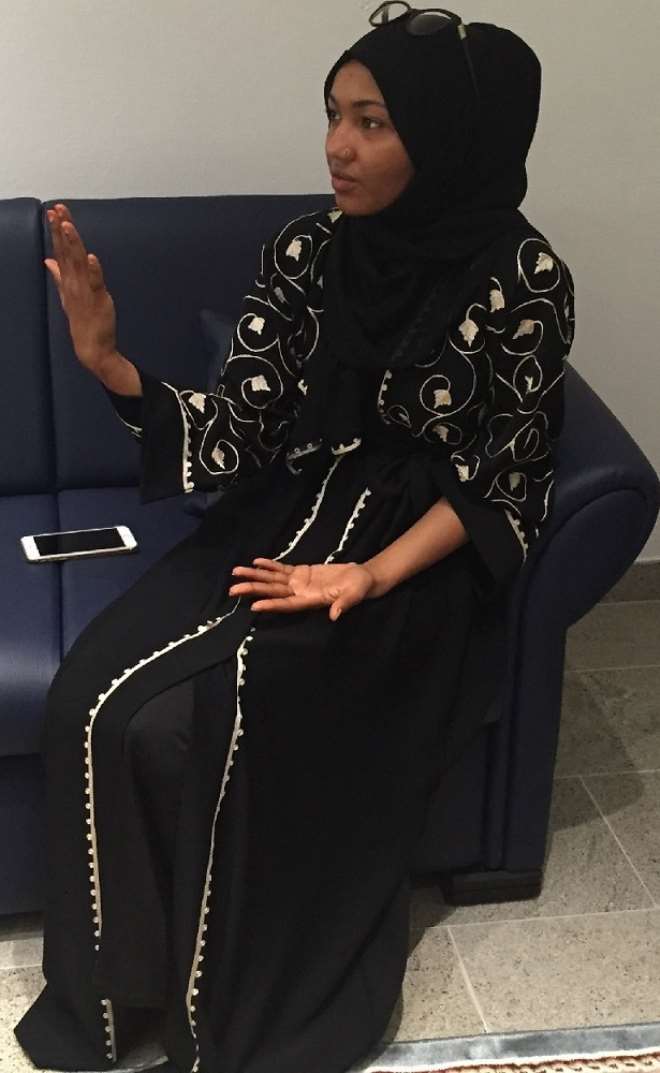