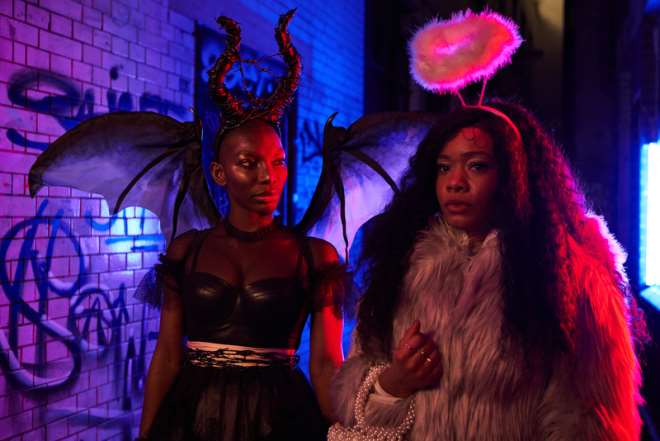 Nigerian actress Weruche Opia stars alongside BAFTA winner Michaela Coel (Chewing Gum) in I May Destroy You, now on Showmax every Wednesday.

The hit HBO series centres on Arabella, a witty, carefree and successful young Londoner with a break-out writing career, great friends and a some-time hook-up in Italy. When her drink is spiked with a date-rape drug in a nightclub, Arabella is forced to reassess every aspect of her life: her career, her friends, and even her family. As Arabella tries to process her trauma, she begins an often painful, sometimes hilarious journey of radical self-discovery that leads her to some surprising places – and controversial conclusions.

In their five-star review, The Guardian calls it “an extraordinary, breath-taking achievement,” and “the drama of the year so far”, while The Hollywood Reporter proclaims it “the most ‘2020’ show of 2020, while listing it among their 10 Best TV Shows of 2020 So Far. The series is #23 on Rotten Tomatoes Best TV of 2020 (So Far), with a 97% critics rating and a critics’ consensus that reads, “I May Destroy You is at once brave and delicate, untangling the trauma of sexual assault with dark humour and moments of deep discomfort.”

Weruche plays Arabella’s devoted, fun-loving BFF, Terry, who’s struggling to get her acting career off the ground. In real life, Weruche is the daughter of veteran Nigerian broadcaster and longtime Nightline host, Ruth Benamaisia Opia. Born and raised in Lagos, Weruche moved to London at 14, where her father, Eric Opia, was a professor.

Her early roles were mainly in British TV series. She played Nafisa in Channel 4’s Top Boy (where she briefly met her future co-star Michaela on set for the first time) and Cleopatra Ofoedo in Jack Whitehall's Bad Education, and the subsequent Bad Education Movie. But it was her starring role in Seyi Babatope’s 2014 Nigerian romantic comedy movie When Love Happens, alongside Africa Movie Academy Award winners like OC Ukeje, Gideon Okeke and Bukky Wright, that earned her first award nominations. At the 2015 Nigeria Entertainment Awards, she was nominated for Nollywood Actress of The Year, and scooped a nomination for Best Actress in a Comedy at the third Africa Magic Viewers Choice Awards. She also went on to star in the sequel movie When Love Happens Again.

Weruche holds a degree in Drama and Sociology and has her own fashion line, Jesus Junkie Clothing, so she’s hardly been sitting around waiting for the limelight to find her. In fact, it’s one of the things she relates to most about her character in I May Destroy You.

In an Ask-Me-Anything session with Elle Magazine, Weruche said, “Terry is a young, black woman trying to get her life together, an actor struggling to get work... which I definitely know about,” she laughs. “She’s got a good heart, and she’s just trying to do her best.”

The scene is crucial to the story, and on a different set, that might indeed have meant recasting the role, but that’s not how Michaela does business. In a Making-Of interview hosted by BAFTA Guru, Weruche explains, “The whole shooting process, it was a very respectful and safe set the whole way through. I actually didn’t do my sex scenes myself; I had a body double because I wasn’t comfortable to do that.”

They also brought on intimacy director Ita O’Brien, who checked every shot with Weruche to ensure she was comfortable with how her character would appear on screen, and had a therapist on hand to support the cast and crew in dealing with the show’s sensitive topics.

The show’s depiction of the need to ask for help, find support structures and lean on strong friendships has resonated with audiences and critics alike. As Vogue Magazine says, “Beyond a nuanced analysis of consent, I May Destroy You is also a brilliant depiction of the power of Black female friendship – a staggeringly rare thing on British television – representing it as the best possible tonic in a patriarchal, white supremacist world.“

“[Terry] and Arabella are soul mates,” Weruche affirms. ‘It’s just so important to have those sorts of relationships featured on screen.’”

It’s not that the friendship between Terry and Arabella is perfect – they both make their share of mistakes – but it’s real, and unshakable. The two women are exactly the anchor each needs in a time of crisis, because mistakes or no, they’re not going anywhere. Terry is staying right by Arabella’s side as she works through her trauma, exactly as true friends should.

“You rarely see shows about Black women going through sexual assault,” Weruche told Elle. “There’s a notion that Black women are these strong warriors all the time and we’re not given the chance to be sensitive, there’s no time to be taken care of, because we’re the carers. The series shows vulnerability and the reality of Black women being – and, it sounds crazy to say – normal people, not these mythical, magical warrior ladies. We’re all not warriors from Black Panther; we’re all not the Dora Milaje. We cry, we bleed, we experience everything. This show highlights that. I think it will really help us all reassess, re-learn, unlearn, learn and address our deep-set biases.”

Those biases, she believes, have led to a vacuum in support for Black mental health. “As a generation, we’re more conscious of how important mental health really is,” she told Vogue Magazine, “not just in terms of what’s happening in our own lives, but in terms of the residual effects of the past as well. We’re only just starting to realise how much we’ve internalised the mistreatment of Black people from so far back.”

Weruche advocates for getting rid of the stigma around asking for help and building access to support resources. She also understands the importance of looking after herself. “At the end of the day, when I leave a character … I speak to my family to remind me of who I am. They’re always around me, a phone call away or wherever. That’s my self care, reminding me I can go back to Weruche now, Terry’s done for the day,” she said in BAFTA Guru’s cast interview.

With I May Destroy You, Weruche feels she’s involved in a piece of history. “I am happy to be part of something that I honestly believe will make a change,” she told Elle. “A lot of people are asking how I feel and whether I’m getting a lot of love and that’s all cute but, as cliché as it sounds, I want to do work that changes and affects people, and makes a difference.”

Catch I May Destroy You every Wednesday night on 1Magic and Showmax. 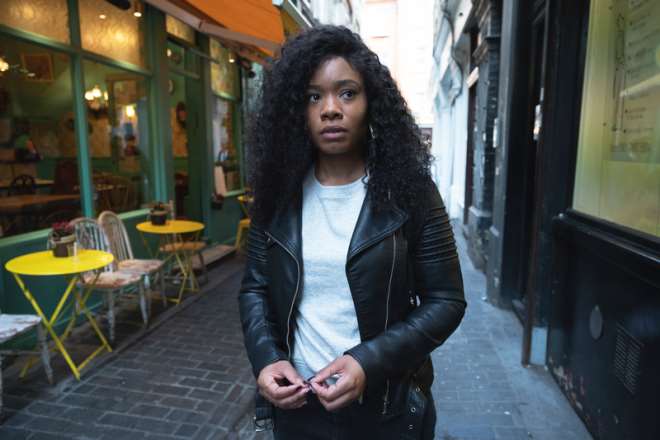 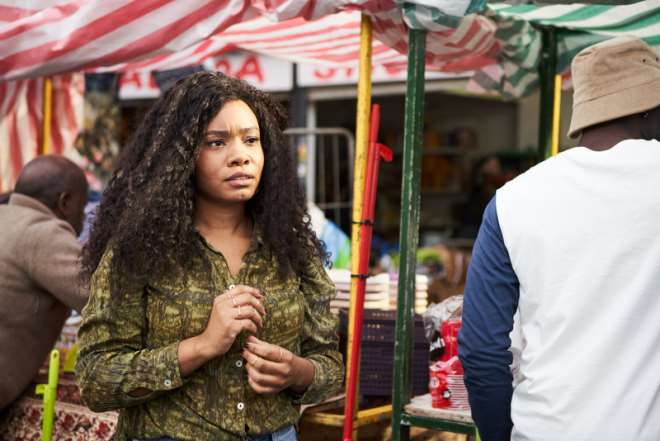 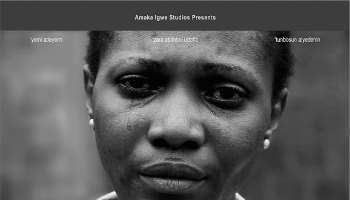 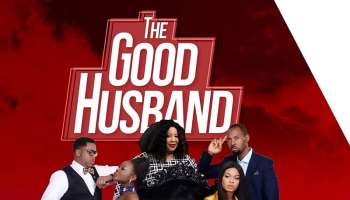 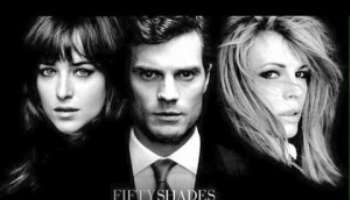 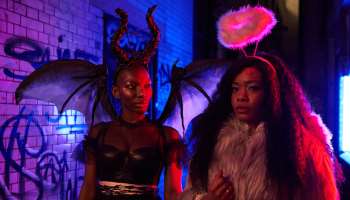 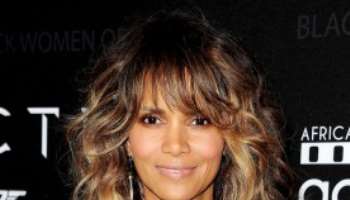 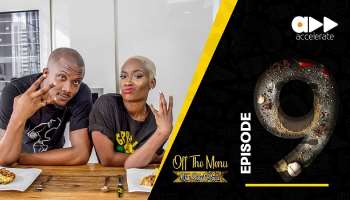 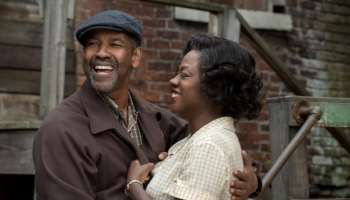 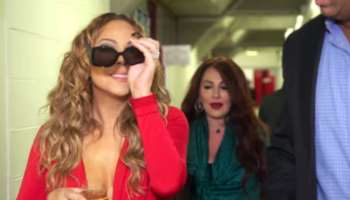 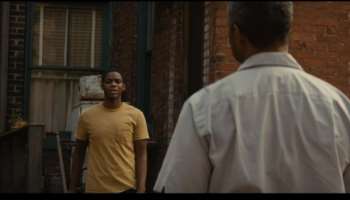 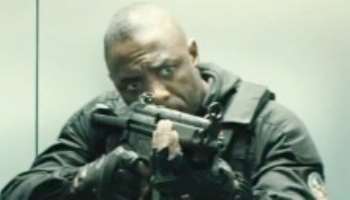 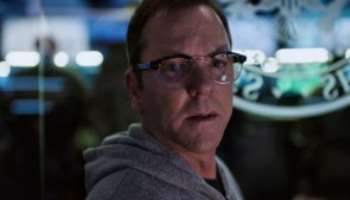