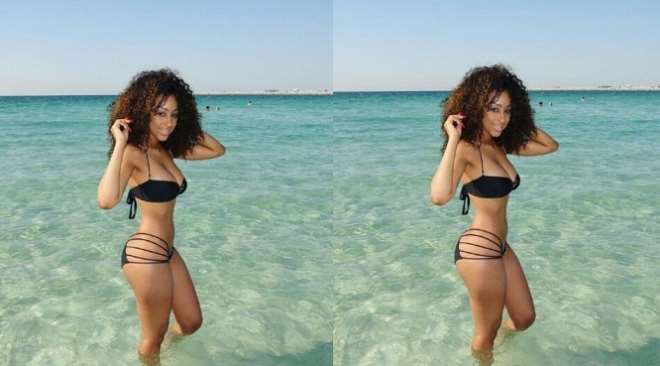 Singer, Ice Prince's Babymama, Maima Nkewa, has gotten many talking after she shared some raunchy pictures of herself on bikini, having fun at the beach.

She is sexy no doubt which is why Ice prince cannot just take his eyes off her but in the midst of having fun, she has created an unhealthy atmosphere with one of her pictures with her son.

Maima in one of her pictures had her son Jamal, keeping his head in the wrong position which has made many give various views. 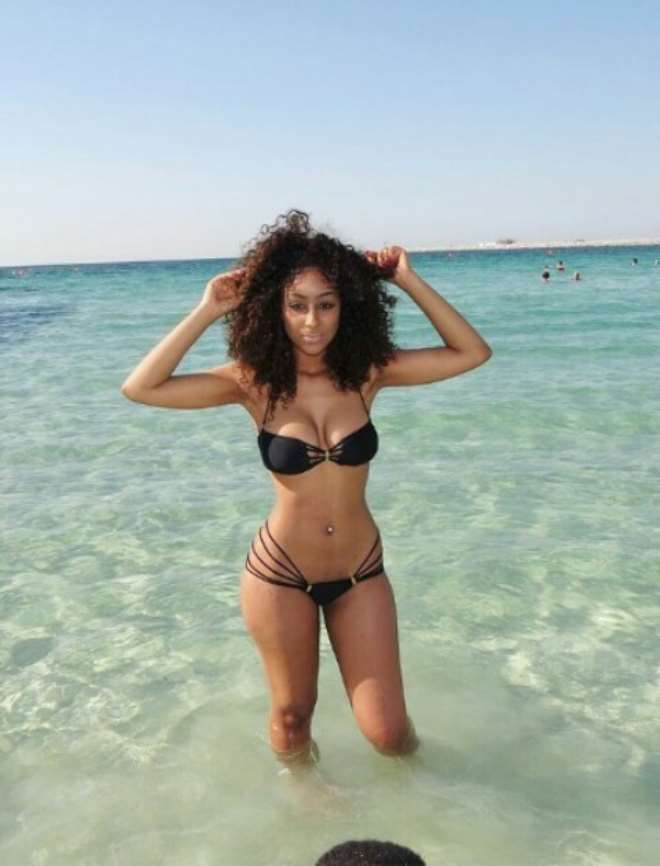 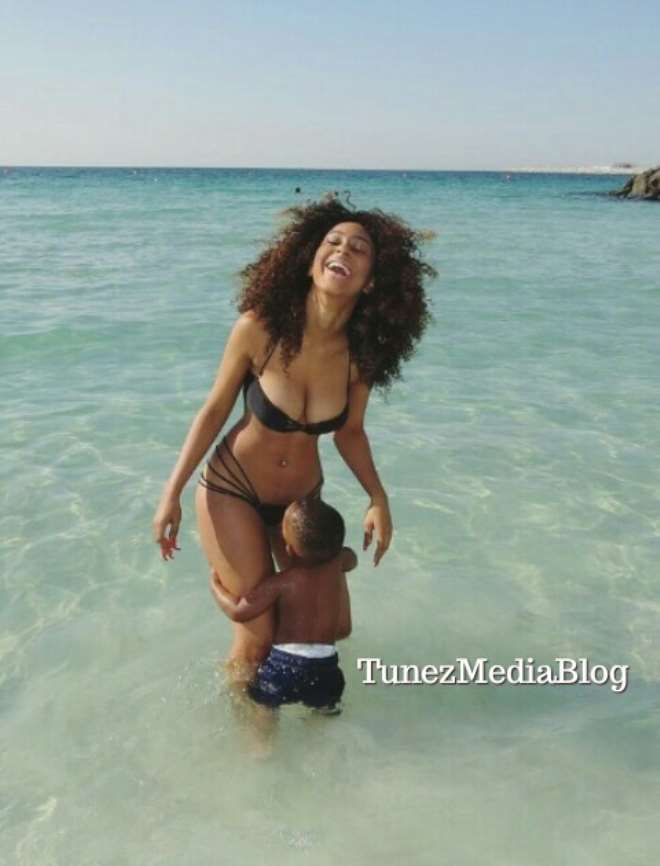 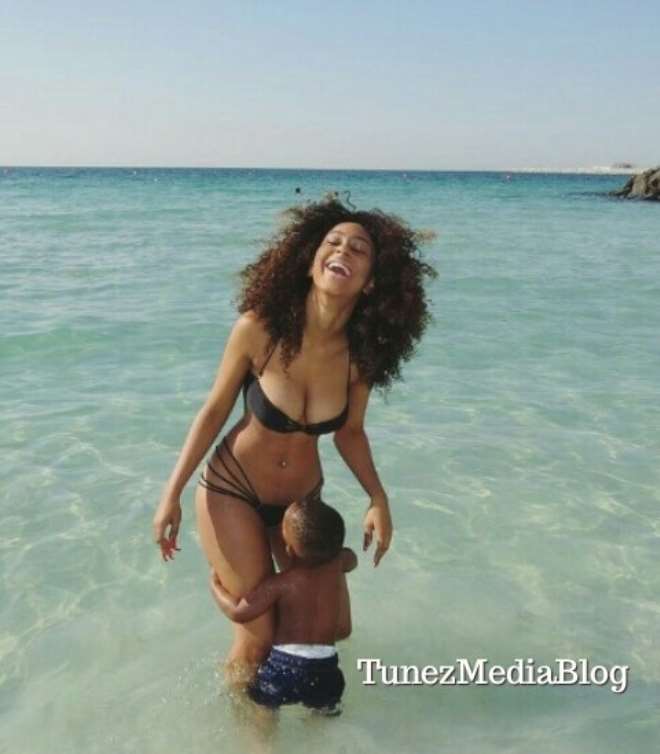 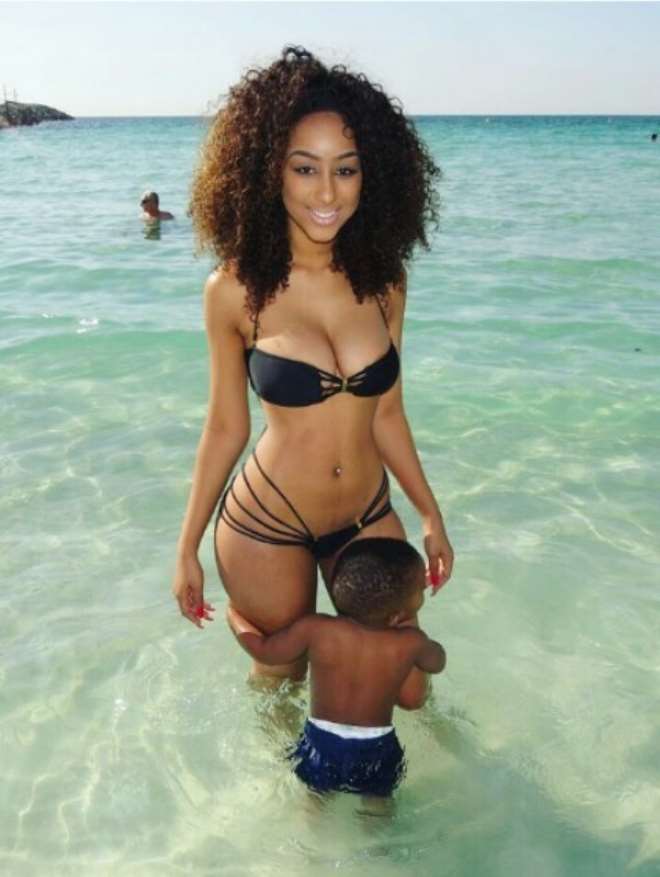 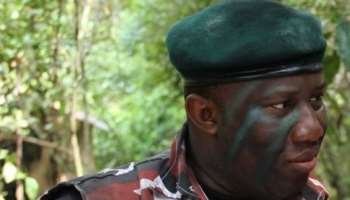 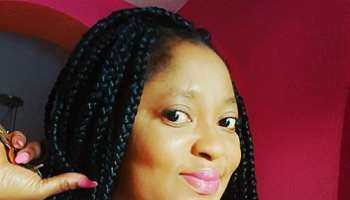 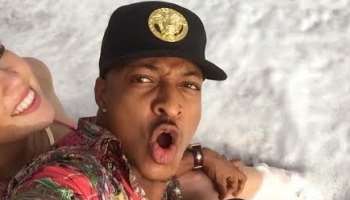 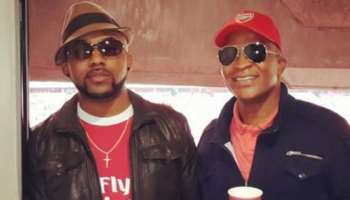 How Segun Demuren Helped Banky W When He Was Kidnapped 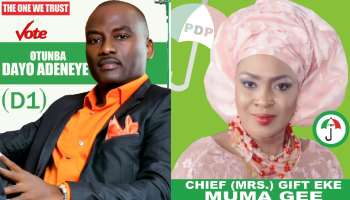 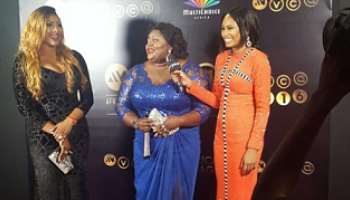 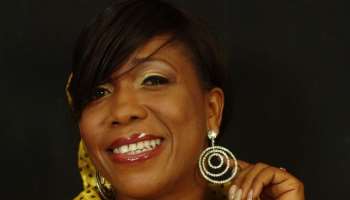 Why I Am Delving Into Politics--KSB 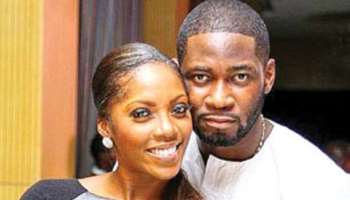 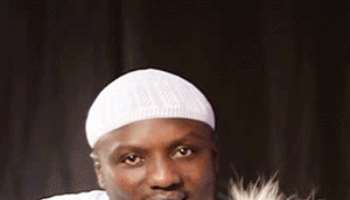