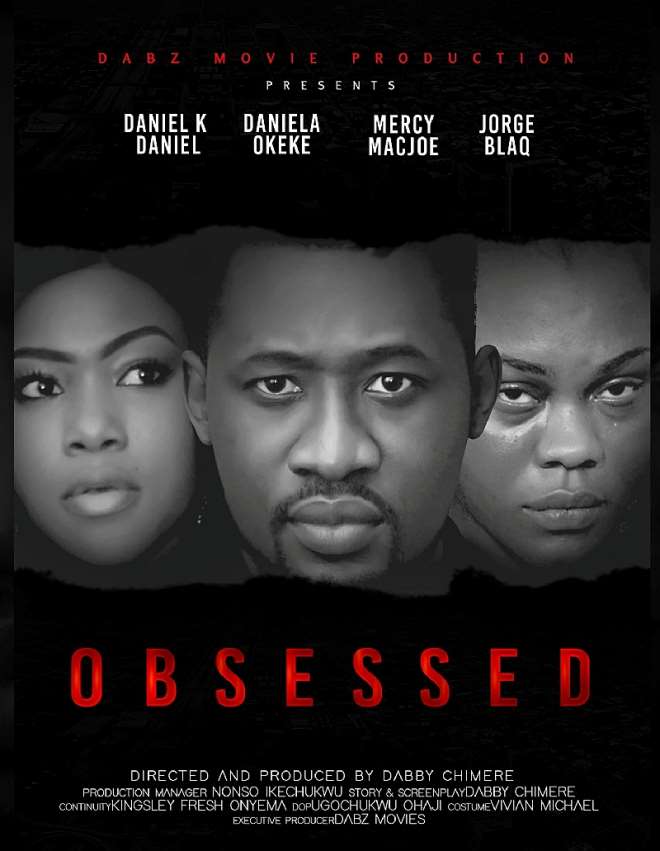 As produced and directed by Dabby Chimere herself, Obsessed was shot in Lagos.

As headlined by AMVCA's Daniel K Daniel, the movie tells the story of a wife who suffers from narcissistic personality disorder.

Characterized by exaggerated feelings of self-importance, Daniela Okeke as the wife has an excessive need for admiration, and a lack of empathy for others. Her character as perceived as being arrogant, callous, envious, tends to be exploitative in her interpersonal relationships.

Excessively, she's preoccupied with personal adequacy, power, prestige and vanity, even as she lacks emotional awareness and insight into her own condition, and fails to acknowledge that her behavior is at the root of her own problems, as well as the problems that she cause for others because, as a personality disorder, her thoughts, perceptions, and actions are generally consistent with her sense of self.

For this very reason, she is married but seems not to find comfort in her own marriage, but finds pleasantries in the house of her neighbors who happen to be young couple. In her act to cause division among the young couple, she went for the husband of her neighbor who adores and respects her so much due to her disorderliness.

Interestingly, this makes the movie, Obsessed a romantic and intriguing flick to watch out for even as it has other relating parts with an unpredictable suspense.