What They Didn't Tell You About Seyi Shay's Interview In Jamaica 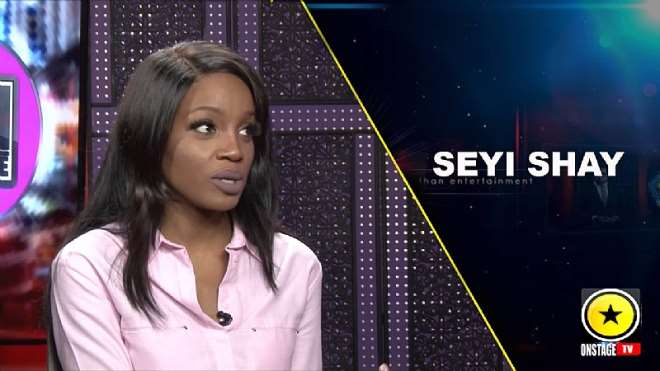 On Sunday evening Seyi Shay was at the wrong end of the stick with the media as footage of her and Jamaican entertainment authority DJ Akademiks discussing in an interview on Onstage TV in Jamaica. Looking at the public uproar this footage gathered the general consensus was that Seyi Shay was speaking on an issue she had no involvement in and that her comments on the matter were harmful to the parties involved, which she later came out to apologise for overstepping.

The truth of the matter is that with regard to the many things exposed in this footage a lot of things were actually swept under the carpet, even so more things Seyi Shay said that put Africa on the map in that interview. Things like how Nigerian musicians like Wiz Kid & Pato Rankin have become big hits in the UK, USA and Jamaica with many people thinking this sound is their music Seyi Shay went on to educate DJ Akademiks on how these are indigenous Afro Beat infused sounds which have been a culture in Africa since Fela & that the likes of Wiz Kid and Pato Rankin are Africans not getting their due credit.

Based on how this very important discussion for Africa has been reported and doctored an uproar has evidently come out based on misinformation. Fans and music enthusiasts in Nigeria who should have been congratulating and commending Seyi Shay for waving the green and white flag high wherever she goes were terribly mislead and as a result she has bared the consequence for this. One thing she does do is absolve all the blame and accept that she has committed some form of wrong doing as what matters to her the most is her fans, friends and her music.

With all the skepticism and disbelief that many might face reading this difficult pill to swallow, here are remaining clips from her interview that had her giving amazing stories of how Nigerian musicians are slowly taking over the world. Watch objectively and share your thoughts.