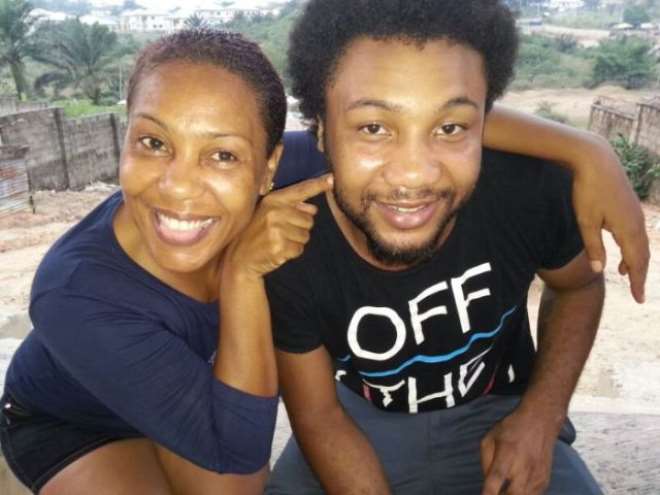 Shan George is fighting with British promoters of her son, Jaga's single entitled, Edo Boy. The fight is over the release of the song without her consent. It was disclosed that Edo Boy was not screened by Shan George, who doubles as his manager before it was released making the Nollywood actress to be angry.

She also complained that the song is too long and may give her problems when she shoots the video, since most TV stations in Nigeria don't take in music videos that exceed a certain number of minutes.

Stating her own side of story, Linda Jacks, Head, Babylynn Promotions, London said "The song wasn't given to the artiste's (Jaga) manager before release, because when we released Jaga's other song Mboro two months ago, Shan George gave out the song to too many people before release date and that affected monitoring the progress on the song.

"That is the reason our company decided not to give out the song to anyone before release date," Jacks concluded.

Reacting to the brouhaha between his mom and the promoters, Jaga said, "I'm doing good music, the two ladies should be dancing instead of fighting."

The Man I Want To Marry—Ngozi Nwosu Reveals

I Can Plot My Ex-Boyfriend's Downfall—Toolz

I Can't Beg A Man To Marry Me—Halima Abubakar