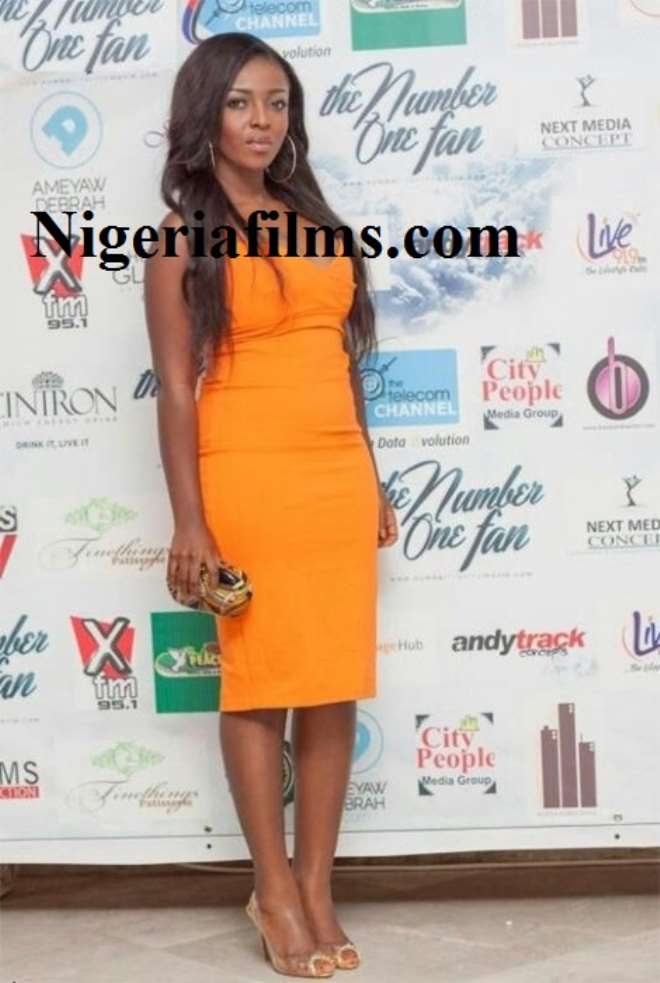 Gone are the days Yvonne Okoro will accuse the media for not taking her pictures when she attends a movie premiere or a movie program.

Okoro who now sees herself as Africa's super star and feels too proud, had to be begged by the media last Friday – 25th October, 2013 at the National Theatre during the premiering of Juliet Ibrahim's first self-produced movie Number One Fan.

You can check out the pictures that Yvonne Okoro refused to take at the premier but was still taken though, that revealed a fake pose of her. How do you see them…?

EXCLUSIVE: No N8,000 Aso Ebi, No IV For My Wedding--Princess Orders

THE MANY FLAWS OF ENTERTAINERS IN GOVERNMENT EXPOSED! +How they misused their positions in government