Wole Soyinka Blasts Jonathan: Your Action Is A Disrespect 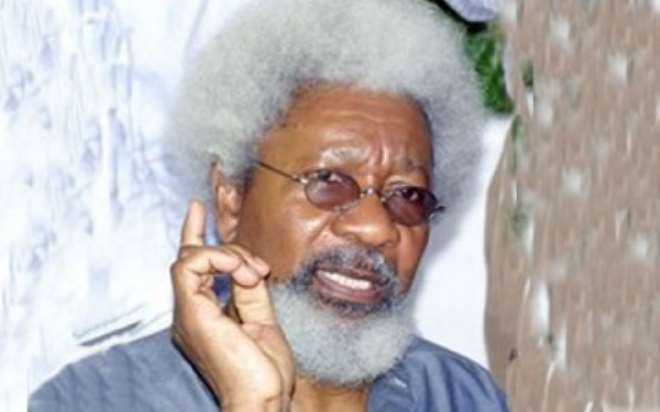 This is one gift horse which, contrary to traditional saying, must be inspected thoroughly in the mouth. Primary from all of us must be a plea to the MKO Abiola family not to misconstrue the protests against the naming of the University of Lagos after their heroic patriarch.

Issues must be separated and understood in their appropriate contexts. The family will acknowledge that, among the loudest opposing voices to Jonathan's gift horse, are those who have clamoured tirelessly that MKO Abiola, the Nigerian nation's president-elect, be honoured nationally, and in a befitting manner.

Next is my confession to considerable shock that President Goodluck Jonathan did not even think it fit to consult or inform the administrators of the university, including Council and Senate, of his intention to re-name their university for any reason, however laudable. This arbitrariness, this act of disrespect, was a barely tolerated aberration of military governance. It is totally deplorable in what is supposed to be a civilian order.

After that comes the bad-mouthing of MKO Abiola and the Nigerian electorate by President Jonathan who referred to MKO as the “presumed winner” of a historic election. While applauding the president for finally taking the bull by the horn and rendering honour unto whom honour is due, the particularities of this gesture have made it dubious, suspect, and tainted.

You do not honour someone while detracting from his or her record of achievement. MKO Abiola was not a presumed winner, but the President-elect of a nation, and thus universally acknowledged.

It is sad, very sad, that after his predecessor who, for eight full years of presidency, could not even bear to utter the name of a man who made his own incumbency possible, along comes someone who takes back with the left hand what the right has offered.

However, there is hope. Legalists have claimed that there is a legal flaw to the entire process. The university, solidly backed by other tertiary institutions nation-wide, should immediately proceed to the courts of law and demand a 'stay of execution'. That should give President Jonathan time to re-consider and perhaps shift his focus to the nation's capital for institutions begging for rituals of re-naming.

After all, it is on record that the House of Assembly did once resolve that the Abuja stadium be named after the man already bestowed the unique title of “Pillar of African Sports”.

He deserved that, and a lot more. What he did not deserve is to be, albeit posthumously, the centre of a fully avoidable acrimony, one that has now resulted in the shutting down of one of the institutions of learning to whose cause, the cause of learning, President-elect MKO Abiola also made unparalleled private contributions.

Let me end by stressing that my position remains the same as it was when the University of Ife was re-named Obafemi Awolowo University.