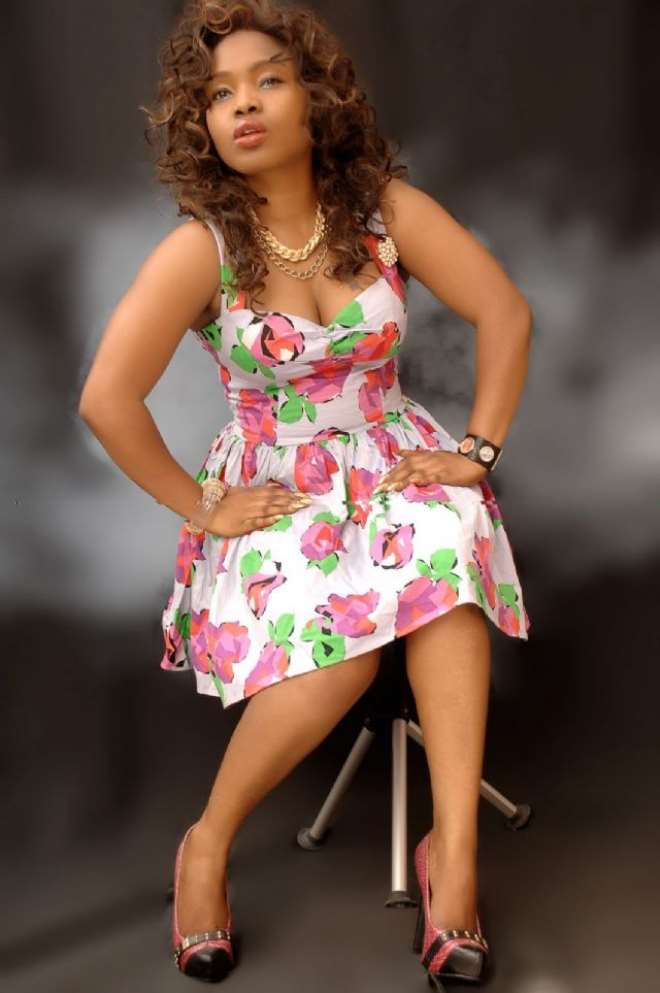 Nollywood actress, Halima Abubakar came unto the showbiz scene over a decade ago and she has managed to hang on as she gained famous through her consistent in movies and she has grace many cover page of magazines across the nation.

In this interview with BIGBOUI, she talks about her new project and secret behind her success.

Halima Abubakar is a trouble-free girl from Kogi State, I'm the second child in a family of six. I grew up in Kano State, where I started my education. I had my secondary education in Kastina and Kano State University where I finally bagged Bachelor of Science (B.Sc) degree in Sociology. I'm a professional actress.

Why do you choose acting, instead of practicing Sociology?

I started acting before I gain admission into the university. I was in SS1 going to SS2 when I enter the make-believe world called Nollywood. While processing my admission, the school administrator did not give me my chosen course and I don't want to sit down at home and waste another year, so I decided to study Sociology, though, I found it akin with acting because they are both about communicating with the people.

How would you describe your first appearance on screen?

I was very scared, intimidated, unsettled because acting with the likes of Liz Benson, Eucharai Anunobi was big task to me. My scene was cut to three from five, because I was not relaxed. I had similar experience during my second, third, fourth and fifth movies, but gradually with time I started catching up and started playing my roles well and I got used to acting from then.

What inspire you into acting?

I got inspired by India movies that I watch

Which type of India films?

I grow up watching India movies. There are lots of India movies I have watched that influence me. I have always wanted to be like the popular Indian actresses hence the decision to go into acting was very easy for me.

What is your relationship with other female actresses in the industry?
I have a good relationship with everybody, but remember you can't be friend with everybody. There are lots of people in my life who are my friends because of my job. At the end of day however you will be friends with those God has chosen for you.
For me I'm not in hurry to make people like me but of course I know that there are people who have my interest at heart and I thank them for this.

You recently won different categories of awards; would you count it as compliment to your consistency and hard work in the make-believe industry?

I just want to believer that it is God's blessing for my life. I don't expect any of the two awards, but my belief that it's my time and I deserve it. Awards are not something you can beg for; they are what people know you deserve and not because of anything but to compliment your work. However, this doesn't mean I'm the best in the industry, because some people have been saying that I did not deserve the awards. They are asking where are Genevieve (Nnaji) and Omotola (Jalade-Ekeinde) and others, but these critics have forgotten the fact that Omotola and Genevieve were not even nominated for the awards because the awards were determined by votes and I happened to score the highest number of votes for the two awards.
Personally I was surprised that I won the two awards but I give glory to Almighty Allah and say a big thank you to all my fans.

Many people have been looking forward to you, since you are single and searching?

Not searching, I don't think I ever said I'm searching; moreover I'm still in my 20s. People should not be in a hurry for me. It's my life and I'm going to live it, so they shouldn't be bothered about my marital status. Marriage will come when it will come and I don't think anybody should pressurize anybody to get married, the truth is that marriage lasts as long as you want it to last and I want my marriage to last forever.

But in northern traditional, most of their female children have been given husbands at their tender ages. Do you have any husband?

Yes it is true, but when I was young somebody come for my hand in marriage, but I rejected because I was still very young and I know marriage is not the proper thing for me. In some northern communities it's compulsory but for me I was very stubborn, so I reject the offer, because I make certain decision of life, because it's my life.

Now, how do your parents and family members react to some of the daring roles you play in movies?

Well they know that that is what I am paid to do. Most of the time, I give them the films to them to watch even when there are one or two embarrassing scenes; they know it is the job. I mean they appreciate the fact that it is make-believe and that I am not the same person off set.

So how has it been for you generally and did you think from the start of your career that you would travel this far?

Sincerely I didn't know. But as you can see, I am having fun and I'm enjoying it. If not, I would have quit and not waste 11 years of my life doing what I don't enjoy. True, I tried my hands on modeling and that was in the past and it was not a serious thing, but I have been involved in small private businesses right from day one. I used to buy things to sell right from when I was young. It was something that I started quite early in life. But it has been good so far.

And then these lustful fans who express love to you openly even on face book? How do you handle them?

I love all my fans and it is crazy sometimes the way they react. There is no word to describe my gratitude to them for their support. I am as nice as I can be and can be tough too but most of the time, I am always nice. When they sound crazy, I simply tell them off nicely so they don't get hurt. But I want to say to all my fans that I feel special and accepted by them and I am very grateful. But that is where it ends.

What are you working on presently and what should your fans expect from you?

Presently my company is about producing a new movie project to bring new faces and contribute to the industry in our own little way. I'm the co-owner of the company MODEHOUZE Productions and we are working on shooting of a new project in Festac Town and after then off to Enugu for another production. I'm basically very busy working.

What are the challenges you have faced so far in the course of your career?

Well, challenges come and go depending on your ability to overcome it. I crawled all the way to where I am and there's room for improvement. I thank God for life and people should just watch out for me because I have not event started.

Who are your role models in the industry?

People I gain one or two things from are my role models. But to start counting names will be countless for me, but I name Joke Silver, Uncle Olu Jacobs, Wole Soyinka and others. 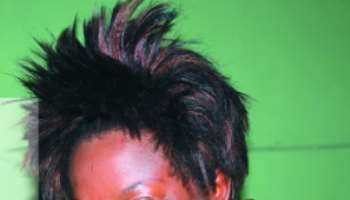 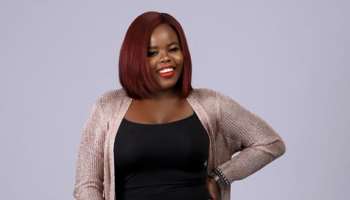 Interior Design and Big Brother: A Match Made in TV Heaven 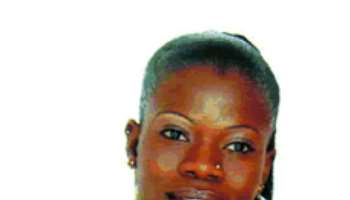 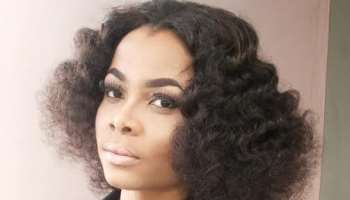 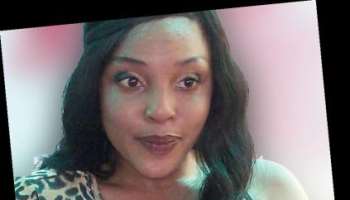 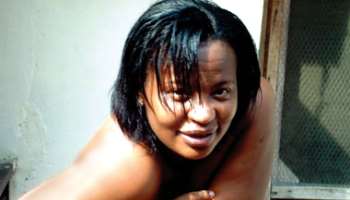 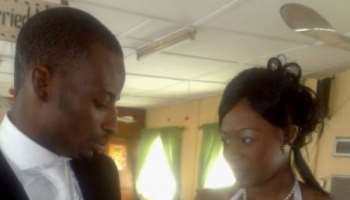 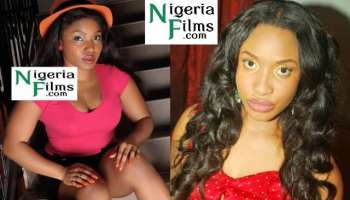 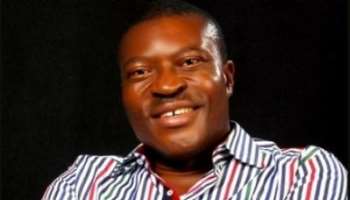 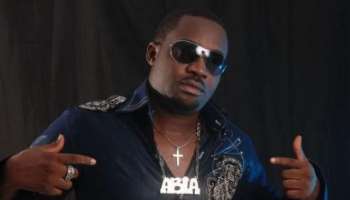 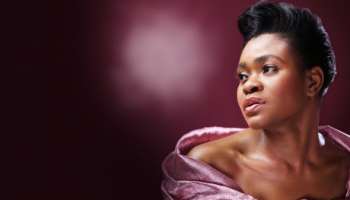 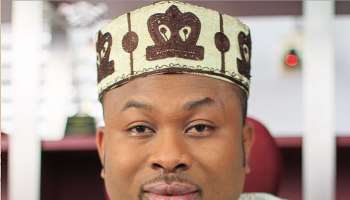