“It is not easy to carry first!” – The delusion of the Jonathan dream 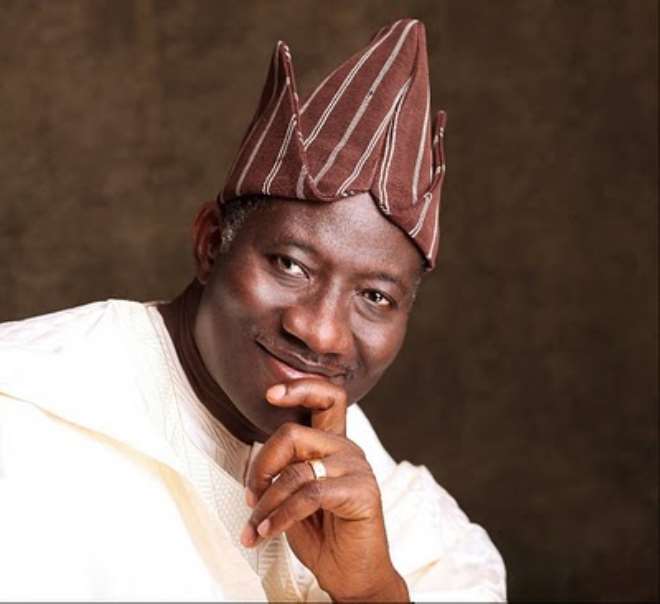 The popular election of a President of any country, is by all means, a thing of joy and a cause for celebration. The Nigerian presidential election has now been concluded and a winner declared. The much awaited celebration is yet to manifest, except maybe, amongst the coterie of hanger-ons and professional politicians as shown on the Nigerian national television the other night. Interestingly, the election or selection of Goodluck Jonathan as the President of Nigeria was shown to have only elicited joy amongst those who have been benefitting and squandering the monumental wealth of the tottering edifice called Nigeria. Rather what appeared to have been significant to Jonathan's electoral victory was spontaneous reaction of violent protests in parts of northern Nigeria. Violent eruptions of protests by those who felt that their votes were manipulated in favour of Goodluck Jonathan remained the order of the day.

Going back to the televised state house celebration, Jonathan was seen in the midst of select privileged Nigerians. He was flanked on one side by Vice-President Namadi Sambo with Patience Jonathan almost imperceptibly present on the other side. The spontaneous shouts of joy appeared superficial and unconvincing. Jonathan was seen beaming broadly while Patience tried to make herself very visible. There is no reason to deny Jonathan his moment of joy. By this election or selection (depending on your school of thought) he has broken a myth. The myth that only the three major ethnic groups in Nigeria can produce the leadership has now been forever shattered. In the same vein, Jonathan has entrenched another myth. This is that Nigeria is a country of anything, where nothing is impossible. There was a time when we thought that life presidency is a pipe dream in our dear country, the man with the dark goggles almost became one. We once believed that a mysterious “Arewa” cabal holds the jugular of the country in its amorphous hands, now Jonathan's victory has thrown this belief into the rubbish bin. In other words, by Jonathan's electoral victory, any Nigerian, whether from the North or South, Middle Belt or where have you, can indeed aspire to the highest position in the land. What a wonderful myth to believe!

Congratulations to President Goodluck Jonathan on the successful outcome of his discreetly manipulative political experiment with Nigeria. His opportunistic fascination with power and discreetly manipulative political style has finally yielded returns. Patience Jonathan would probably be on the ninth cloud by now! After all, to borrow some of her very famous expressions, “it is not easy to carry first!” For her husband to have come first among the multitude of contestants must be a dizzying experience for her. More so, in his very first direct election in life and to the highest office for that matter! Going further, since the other opponents in this rather one-sided race “were also born of a women”, it is imperative for Patience and indeed Jonathan, to extend the hand of fellowship to them. They should not enjoy this victory alone as the battle was presumably fought in Nigerian interest. It is not surprising that the international team of observers did not waste time in declaring the election as reasonably free and fair. Ivory Coast is still in turmoil while Libya is draining the hypocritical attention of the western powers. Hence, the international community cannot be bothered with another upsurge of refugees that would arise if it encouraged cataclysm by declaring the election as a faux pas.

To take Jonathan's victory as a new era in the chequered history of our country would be to forever hold unto a pipe dream. To take it that the man won a clean and bravely fought election is akin to accepting that the sun rotates around the earth and not the other way round. Whosoever discounted the mighty influence and power of incumbency in the just concluded presidential election in Nigeria does so at his peril. There have been grumblings following this election and indeed some aspects of the electoral process are of serious concern. Some “wonderful” results from some states raise eyebrows. It is incomprehensible that Jonathan could win 99.99% of votes cast in some states in a contest with almost a dozen candidates. Akwa Ibom state, with a chief despot at the helms, took this ridiculous result to another level. Godswill Akpabio is a man who hid under democratic norms for so long. However, his treatment of his Action Congress of Nigeria (ACN) gubernatorial opponent and the ridiculous results obtained in his state, both for the national assembly and presidential elections, are pointers to the fact that in this unfortunate state reside another despicable Nigerian politician. With his stranglehold on the state, the outcome of the forthcoming gubernatorial election is a foregone conclusion. Who knows, Godswill Akpabio might even win 120% of votes cast!

I have never believed in the Jonathan dream. I refused to buy into the ambitions of a leader who has so far demonstrated no captivating qualities. I failed to be convinced by a leader who constantly strives to surround himself with the most corrupt characters that the nation can provide. I refused to bow to ambivalent leadership, one whose track record showed nothing but profligacy, indecision, weakness, dourness and amorphous focus. I have never been part of the Jonathan dream but could yet be a late convert. By the time the dividends of democracy are amply entrenched in the country, by the time that Nigerians begin to enjoy abundant economic wealth, improved social services, access to well organised healthcare, then I would accept that indeed our messiah was elected. Until then, Goodluck Jonathan remains a mere appendage of the corrupt oligarchy, suitably enthroned to perpetuate the status quo and protect parochial interest. By the time the likes of Olusegun Obasanjo and his despicable daughter, Iyabo Obasanjo-Bello, are confined to the periphery of national involvement, as they indeed deserve, then Jonathan would earn many converts. Despite everything, these are indeed trying times for Nigeria. I failed to see the cause for jubilation.

You might argue that Nigerians have spoken. It is possible to emphasise that the people expressed a choice with their vote. However, this sublime argument would only hold if indeed it was a free and fair election. This argument would sway if indeed the announced result came out of a genuine one man, one vote process. With our dear country being gradually turned to a banana republic by such results as 99.99% of votes allocated to one of a dozen candidates, one begins to wonder. The other salient point remains the genuineness of the democratic values implicit in the just concluded presidential elections. What choices were offered to the people by the political parties? Were the people truly informed? Was the announced outcome a product of informed decision on the part of the electorates based on the programmes offered by the political parties? Were the results the genuine outcome of a fair and free voting process? I do hope that the much touted Jonathan dream would not turn into a Jonathan nightmare.

The just concluded election has rubbished many reputations. In all this, my greatest sympathy lies with the presidential candidate of the Action Congress of Nigeria (ACN), Nuhu Ribadu. Ribadu's problem lies with his unbridled ambition, one that blinded his perception of the reality of the dangers of dining with the devil with a rather short spoon. Ribadu sacrificed a contentious reputation on the altar of uncontrolled ambition. He chose to dine with Bola Tinubu, a mercurial and overtly over-ambitious, self-centred and greedy politician who would not hesitate to slaughter others in order to propagate his own interest. Bola Tinubu is a crafty and unpredictable politician, one that cannot provide the much desired alternative that Nigeria desires so earnestly. In retrospect, It is doubtful if Bola Tinubu did actually vote for Ribadu on the election day! History has never recorded a situation where darkness and light became friends. Thus, the much touted reputation on which Ribadu planned to actually sway Nigerians became questionable the moment he went into this unholy alliance with Tinubu. That he came out badly damaged was long anticipated.

Pastor Tunde Bakare, despite everything, fought a brilliant battle. He stuck by his determination, fuelled by a desire to contribute his quota to the Nigerian dream. No matter what his detractors say, the man tried his best. The problem was the folly of thinking that the silent and manipulative “Iroko” that occupies Aso Rock could that easily be removed. It was a no contest right from the start, as Jonathan was going nowhere. To borrow the famous Nigerian cliché, there was no vacancy in Aso Rock. By this monumental error of judgement, perhaps Pastor Bakare has diminished the value of his future contribution to the Nigerian project. He has descended to the level of an ordinary partisan politician. Perhaps, this ill-advised foray into politics would have little consequences on his future activities. Perhaps, the man, in his usual characteristic manner would still be able to sway and energise Nigerians. Only time would tell. Something is however clear, if he calls it a day at this stage, he would be sorely missed. And Nigeria can only be the loser for it!