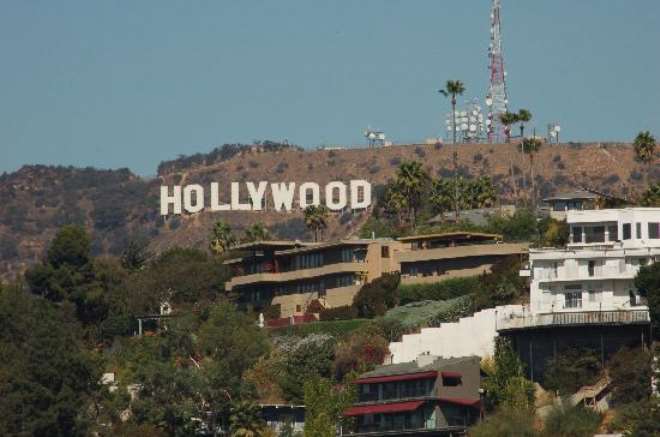 I have accepted the fact that I am the aggressive type and I make my opinions known without fear or favor. I am biased yes, because I like to suck up to certain people knowing that it can take me far. Now that is wrong, but the film industry is a dog eat dog one. You will admit that I have written certain articles on here that have brought change and started debates. Especially, our actors language and dressing. be ready for my next article, its called separating the men from the boys. There is a division in Nollywood. Quality movies versus Asaba movies. Lets chase the actors who are still in Asaba. i think our actors can bring sanity into the industry if they refuse to d mediocre work. But can they?

But today, I want to tell you all that I am under fire. I have come under fire for calling a certain movie a hollywood movie. I am not sure what I did wrong in that because the said movie is a Hollywood movie. Its being made under the watchful eyes of the unions, its being distributed by a studio. I am not allowed to say too much. but, making your movie under such guilds, and having your company based and registered out of Hollywood and, your film being sold by distributors identified in Hollywood can make your movie nothing but hollywood. Hollywood referring to the term movies made under the jurisdiction of guilds and regulations of the Hollywood film industry. If a filmmaker in naija makes a movie that ends up getting distributed by Hollywood, if we are to look at the grey areas, it will be called an international film by people in Naija but called and independent film by people in Hollywood. Mind you, what filmmakers in hollywood term independent film is limited to budets under 2million dollars. Anything above that is called a big picture.

The debate became what is a hollywood movie and one kathy went on to call studios in Hollywood, or so she claims. I think she went to wikepedia and came back to say hollywood movies are movies made by the big six studios. She also admitted that, she called a number of studios who were unable to easily define what could be termed as a Hollwyood movie. her write up also said that, if a film is not made by such bog six studios, its then called an independent film. I agree whole heartedly with that statement. but, then lets read this article from wikipedia:

lets get this straight. In our part of the world, when we say a hollywood film/movie, we say it to mean that that film in question has ties to recognized studios in Hollywood. SIMPLE!!! we do not have the time to go into technicalities of calling the movie indie film or whatever, if it has hollywood ties as in signatory status through cast, distribution, filmmaker ties to Hollywood as in crew involved. Maybe a big studio figure is attached as producer and such, we simple say, this is a hollywood film. we mean it will end up being bought by Hollywood.

get my use of the word Hollywood here: Go back to the wikepedia quote. studios like lionsgate, Buena Vista and such that have made great great films to include the pirates of the Caribbean installments are considered technically as indie companies. but what do you and I call them? Hollywood company. yes or no?

Now, if we are to say that the only films qualified to be called studios are films made by such big studios as the big six, then this will be my disclaimer:

The research by kathy is out with a statement that, ONLY FILMS DISTRIBUTED BY, FINANCED BY AND MADE BY the big six Hollywood studios qualify to be called Hollywood films.

Lionsgate films if not part of the big six. Lionsgate is an independent distribution and producing company. Please find below a list of films distributed by Lionsgate and let is make is a point to call these films independent films and not Hollywood films. per kathys definition.

All of Tyler Perrys Films

Bunea Vista Pictures is also not part of the big six here are some of their films:

Pirates of the carribean

It amazed me that kathy went as far as calling studios in a wild bid to discredit a film from the tag Hollywood? Maybe I should end this mail here and have readers see if we can read any meaning into this.

she made statements such as:

“A “Hollywood film” would be marketed aggressively internationally to a very wide and diverse audience. I am sure this is understandable because movie-goers worldwide go to the cinemas to watch the basic “American or Hollywood” films.
People, let us not flaunt our ignorance for the world to see. Let us take the time to carefully learn the industry. Ignorance will only serve as a mechanism by which others will take advantage of us, exploit us and then discard us.
I shuddered to see the smiling faces of these ignorant celebrities, who are apparently convinced that they are in a “Hollywood” movie.
I would go further and add that, it is time African movie stars (Ghanaians especially) have to think twice and not become hasty for “Hollywood” so as to put yourselves in every and any thing that may come back to haunt them.”

How does kathy know where the said movie is going to end up? how does Kathy know the plans the producers have for the project? is kathy aware that, the former project of the filmmakers in question is being represented by a studio that has Oscar nominations? imdb.com can quickly grant anyone that information. You must have imdbpro though. But I can take a screen grab and post for all to see.

Why make such a statement? That is a direct insult to the movie and the filmmaker. The filmmaker whose movie is the cause of this consistent remarks has proved her worth and as such, there should be no actor scared to attach to her film. The filmmaker in question has featured Hollywood stars in her film and has her film distributed by reputable companies in Hollywood. Her distributor has films in their library that have Oscar nominations. Please google the film “Half Nelson” For kathys information, not all Hollywood or even American films end up in theaters. Jean Claude van Damns movies are made by MPCA, an independent company. they do not go to theaters, but we all know them to be hollywood films.

things are not always black and white. There are grey areas. i think Kathy, no matter how eloquent she is and smart, she is also narrow minded. i do not mean it in an insulting way. but, if she really had an inquiring mind, she'd be looking for the grey areas to find out why a movie is called a hollywood movie.

I sense that Kathy is on an image tarnishing mission. For many years, Africans have longed for our work to be recognized by the world. Few filmmakers like Jeta Amata and Leila Djansi have found that trick of blending cast and forcing the world to see great African stories by virtue of casting. Filmmakers like Wanuri kahiu, leila Djansi, both of whom have received honorary British Academy Awards and Jeta Amata are doing all they can to dispel the notion that African are full of spear wielding, war mongering people. they are telling stories and putting such stories on platforms that enable the world to see the African as a normal man too. i am sure coming up are filmmakers like Chineze Anyaene, Lonzo Nzekwe, the director of Mirror Boy and some more I am sure I may not know. getting all worked up because Hollywood came to Ghana is childish. I think kathys studio phoning energy should be directed at asking the studios how our movies can end up on their desks!!!

I am convinced beyond all reasonable doubt that whoever Kathy is, is a person threatened by the Filmmakers current and future work, and this a clear journey of image tarnishing under the guise of educating readers. All citizen journalist reveal their true identities. If Kathy is being a concerned reader, we should know her true identity.

The term Hollywood is a word we use to qualify movies from that part of the world. A term we use to qualify movies that have affiliations and associations with Hollywood. It is an identity for the world. Its practical meaning may vary, but, its general meaning is what we all concur to. I have personally written articles before on movies that are NOT Hollywood films and to an extent, I believe I may have offended someone in the guise of Kathy who is out to retaliate.