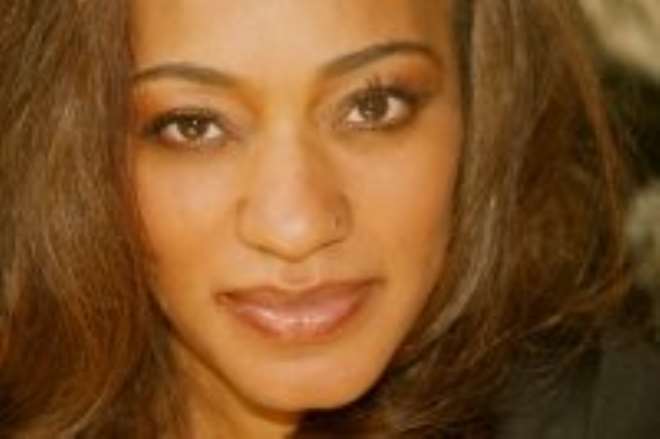 THIS IS A TRUE LIFE STORY AND NOTHING HAS BEEN CHANGED.....call it''nose witness report''

Sandra's husband George has some acres of land in lekki and she told her husband that they needed to do something about it.
George told her to ignore the land, but she insisted that she must come to Nigeria to see to it. So against her husband's will, she came to Lagos.As custom demand's she paid a courtesy visit to George's sister who is a medical doctor at her residence in Ikoyi and while they had a girly chat, Sandra poured out her heart to her sister in-law on how George was treating her and how he would not let her work.
Thinking she was talking to a human being, she said so much more. The irony of it was that the minuite Sandra turned her back, Doc, George's sister as they call her would pick up the phone and call her brother.

Of the many things and questions she asked and told her brother were.......

''What did your wife come to do in Nigeria? If you see what your wife wore to see me, you will never believe that she is a married woman. Your wife dresses like a prostitute.....bla bla bla''

Doc was constantly fueling crisis in Sandra's home without her slightest knowledge and succeeded in turning her brothers heart against Sandra all due to jealousy.....

At a point, Sandra realized that something was fishy but could not lay her finger to it. By this time, Sandra return date on her ticket had passed,and as part of the policy of delta airlines, the ticket was now void and could no longer be used. She checked her master card and realized that in that particular card, she didnt have enough to buy a first class ticket cos that's all she is used to.

So she asked Doc to loan her some money to buy a first class ticket.

The day Doc asked her to come collect the money,She got to Doc;s house in Ikoyi to discover that Doc and her kids had travelled to America.!!!!!

Sandra was shocked beyond belief. By this time she had been staying in Eko Hotel and suits and paying about $180 per night.
Nobody told her before she hurried and bought an economy ticket to return home. Her husband who was supposed to pick her from the airport did not show up so she had to call her own mother who also lives in Atlanta to get her sister to pick her up.

Once she was in her mothers house, she was treated to a warm welcome and decided to rest a while before returning home.

Her mother and two sisters who have since divorced from their marriages accompanied her back to her matrimonial home. On getting to the gate, Sandra pressed the remote control to open the gates of thier masion, to her shock she discovered that George had deactivated that particular remote in her car.

She was puzzled and had no option to jump the fence of the 14bedroom mansion, It was after she and her sister jumped the fence that her hushand came out from the house with Doc and Sandra's mother in law.

Sandra was shocked to see the woman or sister-inlaw whom she taught was a friend right in her matrimonial home. George began to call Sandra and her sister unprintable names like prosititute, asewo...........etc. It was obvious he was under some influence. Sandra's sister
began cursing Doc and with time both families were involved in a war of words.

At the end of the day, George vowed that Sandra would not enter the house...never!!!

Can you believe that Sandra was in that house for nearly 5 days and George did not know. That's how big the house was.
Every morning she would wake up and bath her children, wake up the live-in help and ask her to prepare the food.

She also warned the girl not to say a word about her presence in the house.

One day however, when she woke up while in hiding to carry out her usual routine work, George caught her. He screamed at her''

what are u doing in my house,''

but you know love is thicker than water, Sandra reminded him that she was still his wife and he let her be. George loves Sandra very dearly.

He apologized to her and they continued living together as if nothing had happened.

Immediately George's mother found out that she was back, she went and renewed plot to see that sandra leaves the house.

There is something that Sandra does once every month. She would cook jellof rice in a very large pot and share to motherless babies homes and also friends and family, She normally wakes up at 4am to start this preparataion.

On the day that she was cooking this food, her mother in-law came and the European house girl called sandra and told her that while she was away, her mother in law put something in the rice sandra was cooking,
so Sandra had to confront her.

She slapped sandra for asking her that question. Sandra was soooooooo infuriated and slapped her back!!!!

By this time, Sandra's mother was also in the house.

when the police came, Sandra was the once who was arrested it was three people word against hers..and so she got booked and spent two nights in jail for battery,by this time,Sandra was fed up with the constant beatings and maltreatment from her husband and his family and threatened to divorce him.

She reminded him that this was America and that by the time she was through with him, she would take all his property from him.

George realized the truth in what she was saying and also that this was the mother of his 6 children and pleaded with his wife to return home. Sandra refused and eventually said that on the condition that his mother and elder sister would not visit the housed till she gave approval. George accepted and they are now trying to rekindle the fire of their early romance.