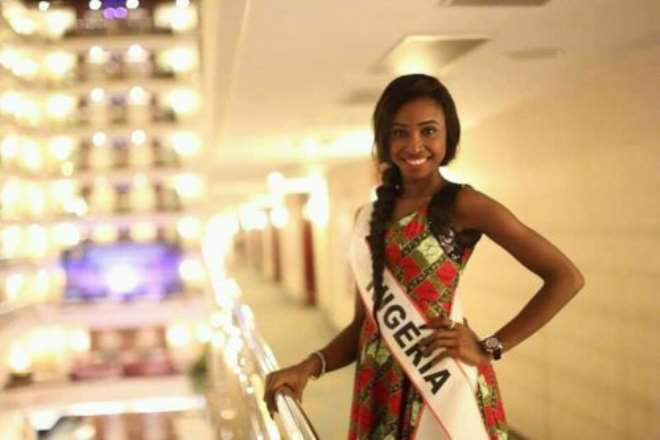 The attention of Dr Peter Odili, has been drawn to a news item posted in some online news media, in which he was listed as one of the prospective recipients of DEMOCRACY HEROES IN AFRICA AWARD, promoted by Vivian Iam Glamour Magazine.

Whilst not averse to the freedom or right of anyone or group of people honoring whomsoever they deem fit, Dr Odili dissociates himself from such an award, as he knows nothing about the award. For emphasis, he was neither consulted nor his consent sought or given.

Former Rivers States Governor went on air and called the organizers of this award "IMPERSONATORS" and will be seriously dealt with..

Information also reaching us that some personalities like Emmanuel Ibe Kachikwu and Godwin Emefiele have also withdrawn from the Award...

The second girl in the miss anambra sex video is the PA of Chidinma okeke and she is former Face of Democracy queen, she is likely to make appearance tomorrow at the event, Invitation reviews that she is the one of Vivian lam favorite queens.

Two of the contestants are said to have allegedly withdrew as well, they were pictured leaving with their belongings from sandralia hotel.

We have been trying to investigate on this issue and the leaked sextape video of miss anambra which had the former queen ada of face of democracy in it seems to be the major reason why this important personalities are rejecting the award.

The Grand Finale of Face of Democracy & Democracy Heroes Awards is tomorrow Nov 5th at Transcorp Hilton, Abuja and the girls are currently camping in Sandralia Hotels, Abuja.