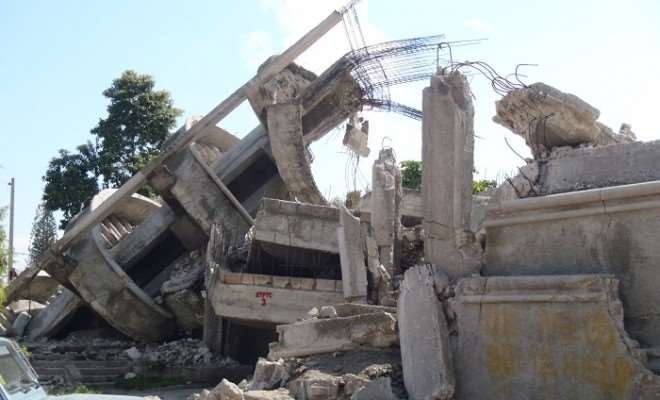 Last weekend, the multi-million naira Imo Film Academy, along Egbu Road Owerri, collapsed and it was reported that it was caused by substandard materials used in constructing the building.

However, the state commissioner for Information, Engr. Chidi Ibe has explained that the building collapsed by accident and not as speculated.

The said building constructed and commissioned by Governor Rochas Okorocha of Imo State penultimate weekend (November 14, 2014) at the premises of the Imo State College of Advanced Professional Studies, ICAPS, but regretfully collapsed barely one week after it was commissioned by the governor, thereby fueling speculations that the building was one of the governor's many substandard projects in the state.

The commissioner during a press briefing explained that the building collapsed because a trailer carrying heavy equipment fell on the building, thereby pulling it down.

Ibe expressed surprise that many journalists went about publishing the story that it collapsed as a result of its purported substandard nature without verifying from any member of the government.
He used the opportunity to call on journalists to endeavour to be more objective and sincere especially now that the nation was seriously preparing for general elections.

On Governor Okorocha's 2015 ambition, the commissioner said the governor was not so desperate to return back as governor of Imo State but said his only ambition was to become the president of the country.