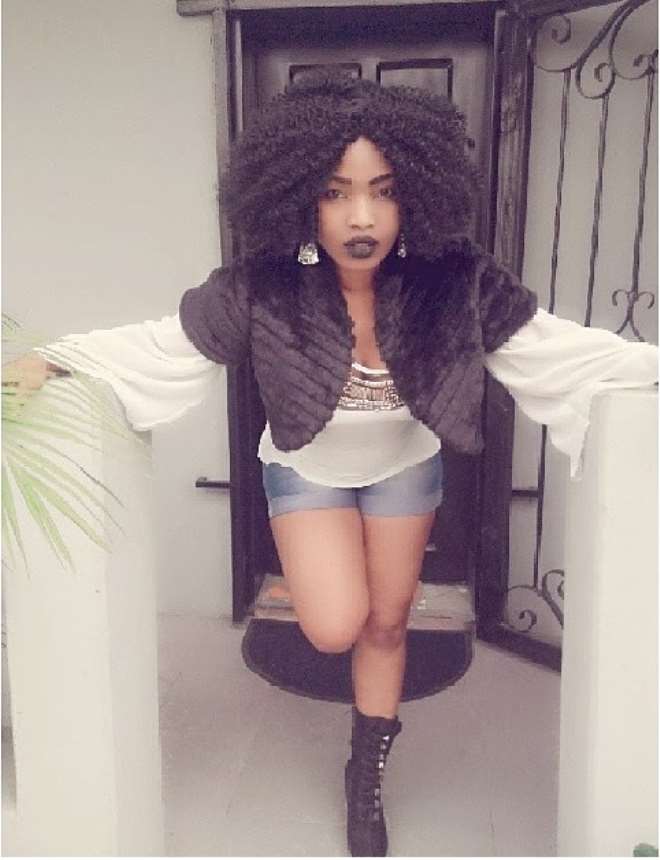 Nollywood actress, Halima Abubakar is making people realize she doesn't take nonsense from any guy that tries to harass her. She has also encouraged girls to do same.

Halima said; "guys, do not try anything funny with Halima Abubakar, you may end up with a red eye or at worse bleeding nose. Ahh, Halima is serious when it comes to respecting her privacy, she may look vulnerable but don't take that for granted because she is one tough nut when it comes to sexually harassing her. She can head butt you. She didn't actually say that because our Halima is not a tomboy, but she can really embarrass you. Halima doesn't believe ladies who said they have never been harassed, what makes them a lady then?

“Halima talks about harassment from me, 'It might come in the form of 'toasting'. I wasn't blocked now, while some will just tell you to your face. As a woman, you have to respect yourself and set boundaries, regardless of what people think. Some people think that sleeping with someone will give them what they're looking for, but it doesn't. That's the way I see life. You are not supposed to do anything (sleep with someone).

“So what I do is, I look at the person's face and tell him this is wrong, because I'm sure that aside from me, he will harass another person. The only easy way is to disgrace the person so that he will be shy to do that to the next person.

“My dear, I'm not here to joke, neither am I here to be rude to anybody. But you know, you meet some very rude people that don't know how to talk. So when you meet such people, you just give it back to them. You raise your voice and embarrass them, they won't try it again.”