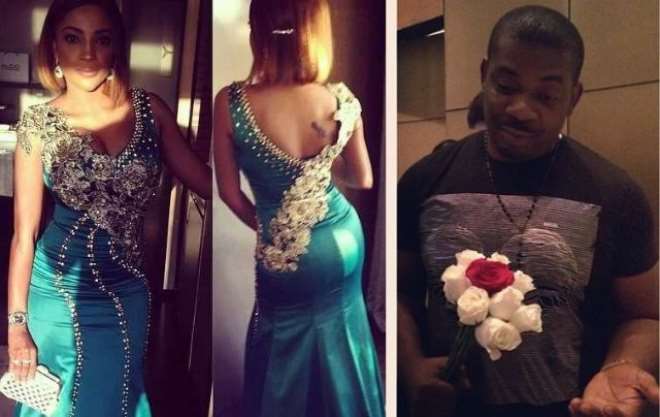 Maybe one of Nigerian leading music manager is probably not too smart in hiding the truth from us as reports about Don Jazzy and Freda Francis secretly in a sizzling romance has continued to intensify.

Before now, there were guesses that the Don, as the multi award-winning beat maker is fondly called, was dating one of Atiku Abubakar's beaitiful daughters until Freda's name suddenly popped up.

First, it was he who showed off her wardrobe collections on Instagram, referring to her as "just friend".

Now, both were spotted together at Tiwa Savage's white wedding held in Dubai during the weekends.

They were photographed together on the red carpet and Don Jazzy tightly held on to the lady with his two hands like an I-will-never-let-you-out-of-my-sight groom.

Then, while he was still trying to play the hide and seek game, he posted the photo of himself on bed with a mystery lady whom he didn't show her face, but only her legs.

He then wrote, "dear future wife, you could have been in bed with me now but you probably bust turning up somewhere in the world. oya hurry up and find me as it seems av lost my compass "

Sorry Don Jazzy, that diversion doesn't move your fans because they already know 'it's Freda again'. 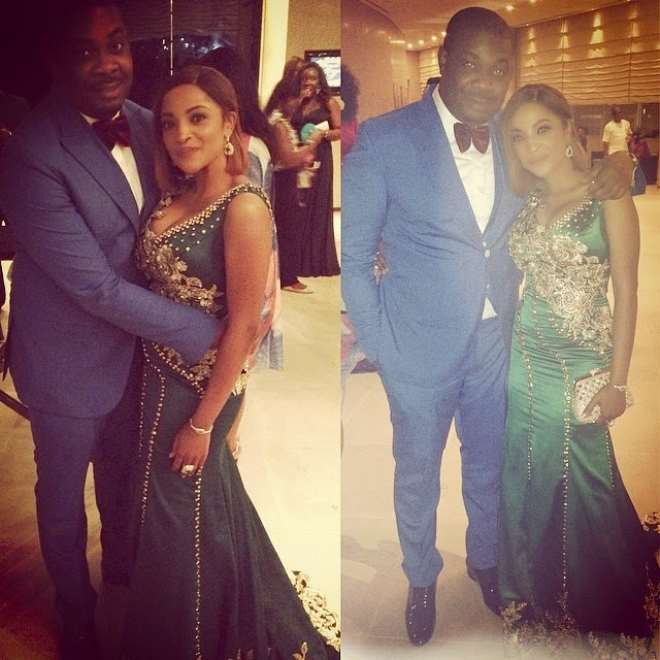 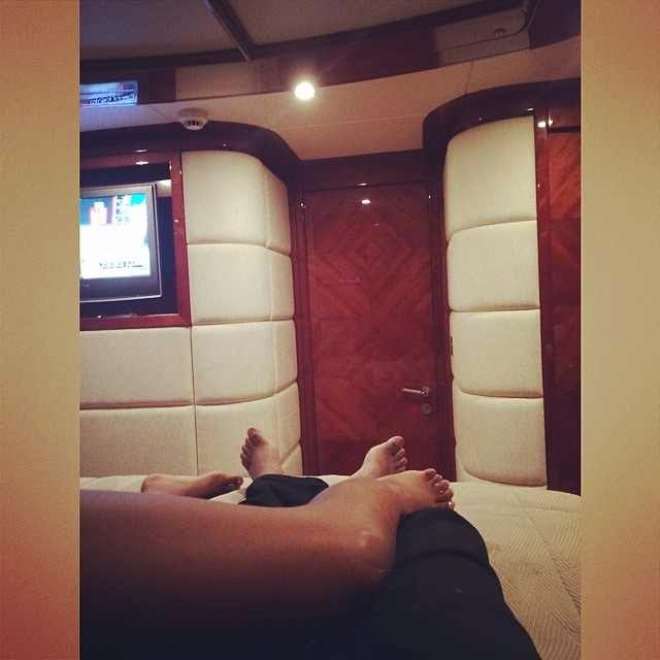 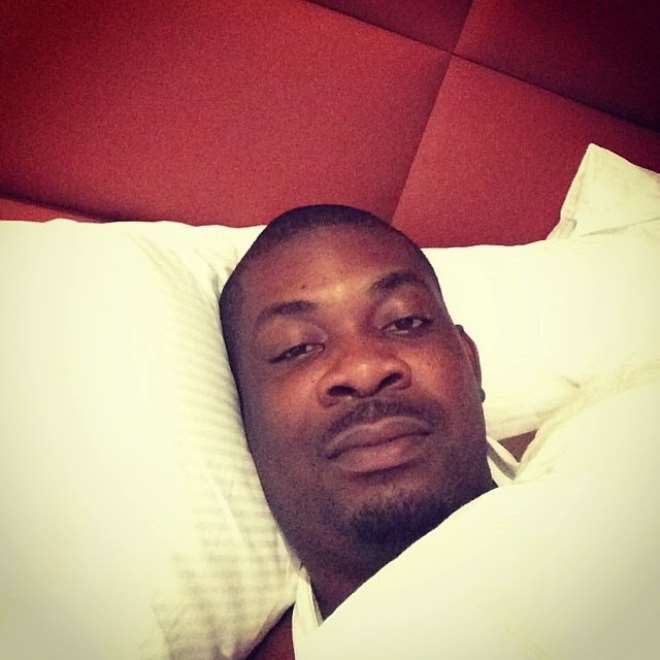 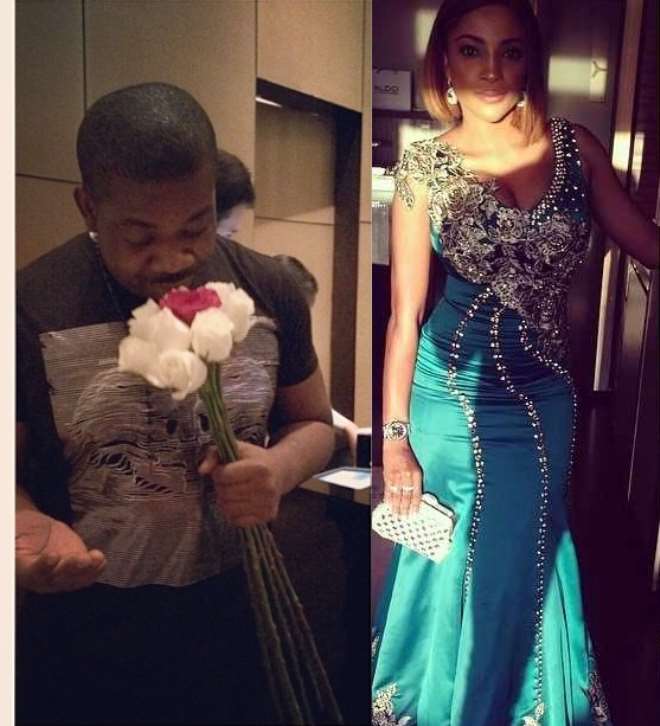