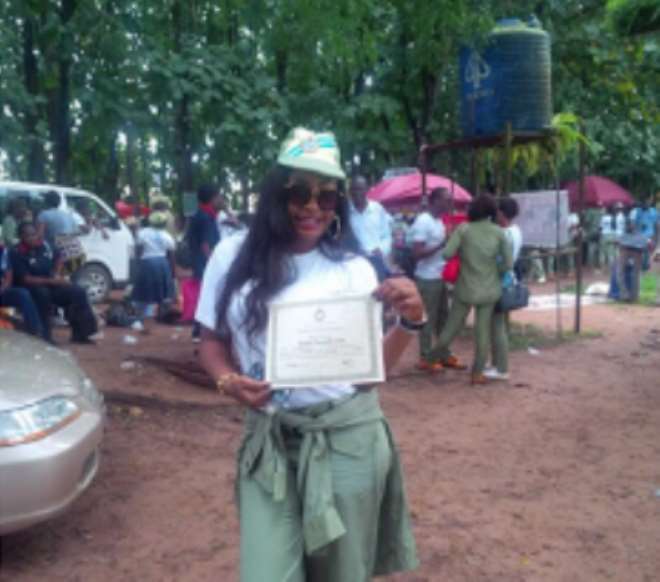 She was among the 2012 batch C Corps members that passed out yesterday throughout the nation.

Nuella studied Government and Public Administration from Imo State University (IMSU), where she graduated from.