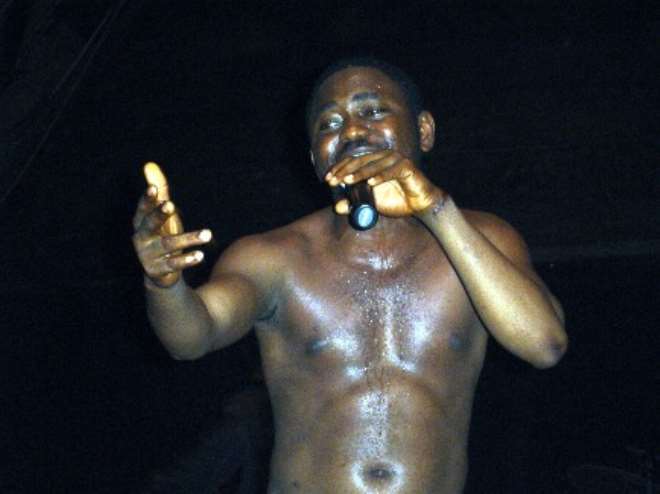 W e told you last week that Azadus had finally put his fiancée in the family way. But we didn't tell you that it was alleged that the crooner, who made a name back in da days, has sold his only car.
In case you don't remember, the car, a BMW 5 series, was the one robbers nearly snatched from him when they shot him some years back.

Life and Beat gathered that the musician had to sell the car in other to make ends meet.

Sources alleged the crooner had started patronising cabs and bikes.

But we hear this phase is just for a while. Life and Beat gathered that the musician would find his feet again and storm the entertainment industry with a big bang.

Life and Beat contacted Azadus on the alleged development and he said, “It was not as if I sold my car. I didn't need it any longer and some other person needed it. I more or less gave it away. I just collected little amount from the person I gave it to.

By the special grace of God, I will buy another car.”