Solomon Akiyesi's 1st wife, Ezinne wife tells her own side of the story 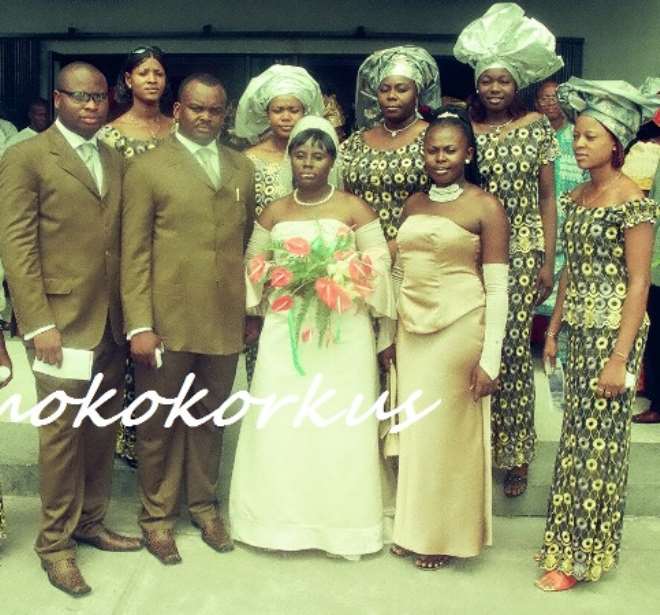 This is one unfolding drama which seems to get deeper as the days roll by. Disgraced Nollywood actor, Solomon Akiyesi told his own side of the story earlier this week. Read HERE .He gave his reasons for leaving his first two marriages. He specifically stated that his first wife, Ezinne had destroyed her womb after an abortion and was unable to conceive. He claimed she lied about being pregnant to make him marry her...

She has finally responded in an interview, read below..

Ezinne why have you decided to respond to your estranged husband Solomon?

It grieves my heart to actually give a mental man publicity. However in our culture we believe in responding to accusations or else you will be deemed guilty. Contrary to what our "jury" thinks, I did not want to have any part in this whole messy saga.

The publishing of my wedding photos was done by a few of my concerned friends who are involved and felt that wife # 2 had no business crying wolf when she succeeded in snatching a man from a quiet,well mannered woman that I am.

Solomon says you are a greedy wife”

It's so unfortunate that a falling man sitting on a keg of gunpowder can open his mouth to tell such lies. It pains me that one can be such an ingrate and a blatant liar at the same time. A man with a mass of skeletons should have kept his lips shut in a situation like this.

How did you meet Solomon?

I was very young when I met Solomon at the University of Ibadan in mid nineties and unfortunately fell into the mature hands of this smooth talking actor. To be fair I loved him as a young girl in the university. He was a pauper who did not have the wherewithal to pay his fees talk less of feeding or accommodation...an Ososo, Akoko Edo boy trying to survive in school.

I was comfortable and hardworking , I went the extra mile to sell things and even set up a barbing salon called “Cute Fellows” on Joyce B road in Ibadan .all to cater for Solomon and accommodate the additional and financial requirements. I met him just after he completed his diploma, his long dream that was unfortunately and primitively proportional to his pocket was achieved through me.

On the other hand,I felt he was brilliant enough to go further and helped him through a degree program,polishing and brushing him up as we tagged along. I became virtually responsible for him all the way through. He was lovingly pulled out of his squalor and lived with my elder sister and family in Ibadan Then he used to wear my younger brothers clothes, he was part of us. Solomon's first trip to the garden city was sponsored by me.

His first job was given by my god mother Madam Joyce B who introduced Solomon to her former tenant "Ray Hyatt "(of blessed memory) in PH who eventually gave him a job in his company OCO Industrial services;a company still in existence in trans amadi .The same job that gave him "rap music, posh cars and women" . he is now boasting about, totally abusing the source of his breakthrough.he claimed he ran into me in PH .

The same girl who made his getting a job in ph possible he suddenly ran into her like a stranger?.When I arrived for NYSC he personally drove to pick me up from the park to Ray Hyatt house?.Come on Solomon. Are you snoozing?

When did you get Married to Solomon?

Solomon and I had our Marriage introduction in 2000 . I did my youth service in PH in 2001 the same year he came in to PH. The same Ezinne that he claimed he came across in PH.

It's so sad and pathetic. I see Solomon boasting that he bought me a car,for Crying out loud I deserved a Rolls Royce and an estate!

I virtually set him up and made him presentable to society . he actually admitted that he was a thug and i quote "I decided to leave my life of thuggery".

He says you are deceitful

Peter Tosh must have seen Solomon through a window when he said “You can fool some people sometimes but can't fool all the people all the time”.It's not new that lies and deceit are so compatible and directly proportional. The more blatant and calculative you are as a liar, the more deepened and anchored you become in deceit.

A guy that was caught having' deceived two wives and one in the pipeline is playing a saints role in a bowl of deceit, Amazing!!he started dating me in -1995

- he accepted the pregnancy after a test and scan but claimed he wasn't ready and said he didn't have money then ...2002

- he still went on to marry me traditionally and in white in the presence of his mother of blessed memory, sisters, brothers, aunties and Uncles.

The marriage he is now insinuating was a half marriage...Shame!!

Eight solid years of commitment is what he is calling “running into her”.he has got to be a clown.

Mr. Solomon has made up stories so disheartening to womanhood, society and anyone who has moral standing.

He says you have no womb

He should please stop this gimmick that he went to the clinic to confirm any pregnancy and the doctor that once said there was once a pregnancy later confessed there was none..big lie! Solomon should grow up. He cannot continue to play on everyone's intelligence after he had done the same with with his wives. This is uncalled for. A pregnancy that he made several attempts to terminate is now the same pregnancy he is saying I cooked up?

There is a complete fallacious package glued to Solomon stories

-The same Solomon that had rap music, cars, money and women was suddenly stunned about a pregnancy because he had no money and wanted ''financial stability'' he is suffering from delusions of grandeu

Didn't he say “It was as far as I was concerned, a devastating blow to the new life I was living; rap music, cars, money and women. So, I told her the pregnancy was unacceptable to me. Besides, I only just started working and needed stability.” he is so inconsistent!

When was the last time you spoke with Mr Solomon?

- Before this wedding brouhaha came up,he called up me suggesting and planning with me to go for IVF. The same woman he claimed had no womb.

In January this year he called me up crying that he had no money or food and had been abandoned,i bought him food and gave him cash to see him through

a few days.we met at a restaurant because i didn't want him coming to my house. Must Solomon degrade himself with these untrue stories to buttress his point?

His level of wickedness attracts a big curse. To declare that his first wife is barren and has no tubes or womb when I do. Is he God? GOD will judge you Solomon!

he has ruined his life with his wickedness and lack of regard for women.

“People who live in glass houses should never throw stones.

What kind of man is Solomon?

Solomon is a greedy man.his greed eventually led him to defraud the same company OCO that my god mother Joyce B helped him into, the same company that was his leap board into life.His greed landed him in detention in Moscow Police Headquarters in Port-Harcourt. He was locked up for days and finally bailed by me,the so called deceitful wife and my Pastor.

His criminal file is still in Moscow, HQ, PH . Solomon claimed a car was stolen from him and sustained a gunshot from an undisclosed destination. This is still questionable to date.

Saint Solomon ran into trouble again shortly after, this time stealing about N13M from his partners and was in hiding for two years. This was published in the Punch newspaper in 2009.

The downtrend of Solomon's wickedness was his attempt to kill or get rid of ME. Now, I understand why.

This evil minded husband bought an MTN Sim card to send text messages to ME advising me to leave the house because armed robbers were planning to invade and rob. He wanted me out by all means,he is a coward and a crook and Fortunately for me I discovered a SIM pack under his car seat having the same number that was sending the text messages.

I confronted him and he claimed that when he saw the threat messages in my phone ,he asked for the SIM from MTN. I believed him then.I am not trying to castigate Solomon here but the greed and deceit flag he has ascribed to the fingers that fed him and the absolute false condemnation of my womanhood is unfair.I have no choice but to set the records straight!

Solomon is a weakling who justifies every of his lapses with the errors from the other party. Is it not a marvel that till date he still does not have a child?

Solomon was extremely brilliant in UI. He is obviously brilliant with his stories. Our people say “The leaf wey e dey sweet goat, na him dey kill am”.

One would have imagined that his family would sit him down and advise him, unfortunately he bluffed them when he thought he had some stolen money but He called to them for help while in hiding for two years .

They are so ashamed of him that they want nothing to do with this global show of shame. I have a womb,I do not know where Solomon cooked up all the lies he said,he is probably translating the scripts in his head into reality.

God sees all,he knows all and he will Judge everyone accordingly.

This whole saga is that I call “The dilemma of an Ungrateful and Wicked husband”.I want to Thank everyone who has shown some form of concern and I wish everyone well. Thank you 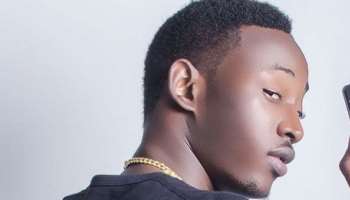 My Story Has Changed—Dammy Krane 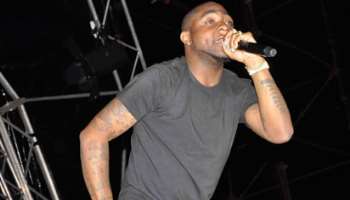 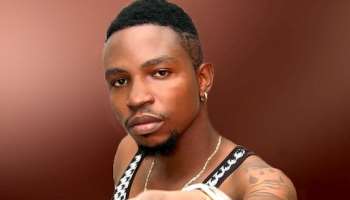 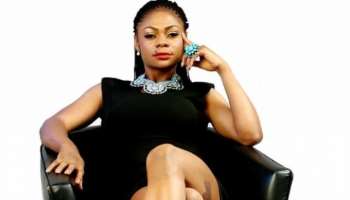 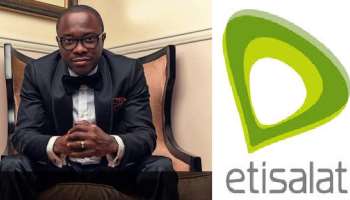 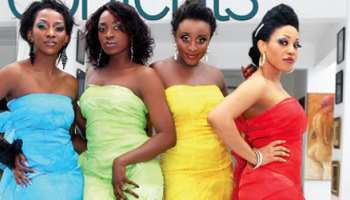 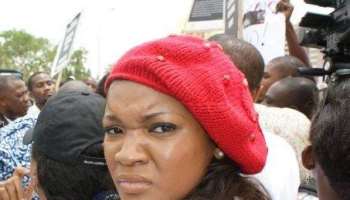 OMOTOLA STEP HER GAME UP 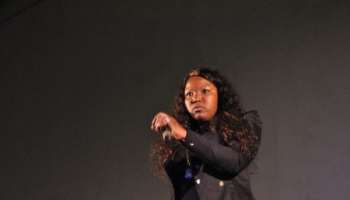 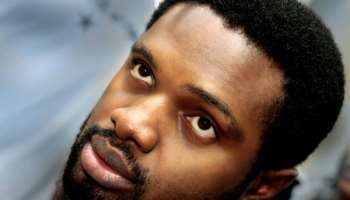 Don’t Sell Your Vote Because of Rice and Recharge Cards ...Cobhams Asuquo 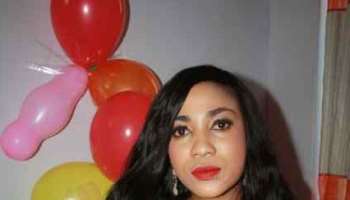 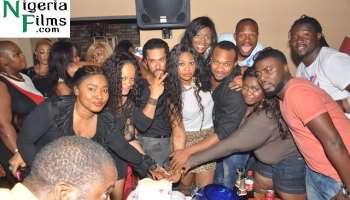 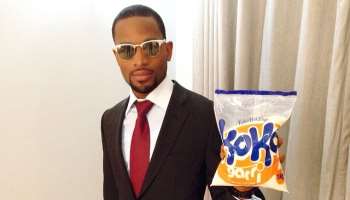